On Tuesday, the Student Health Center reported only 1,108 tests since the beginning of August—many thousands fewer than some peer institutions 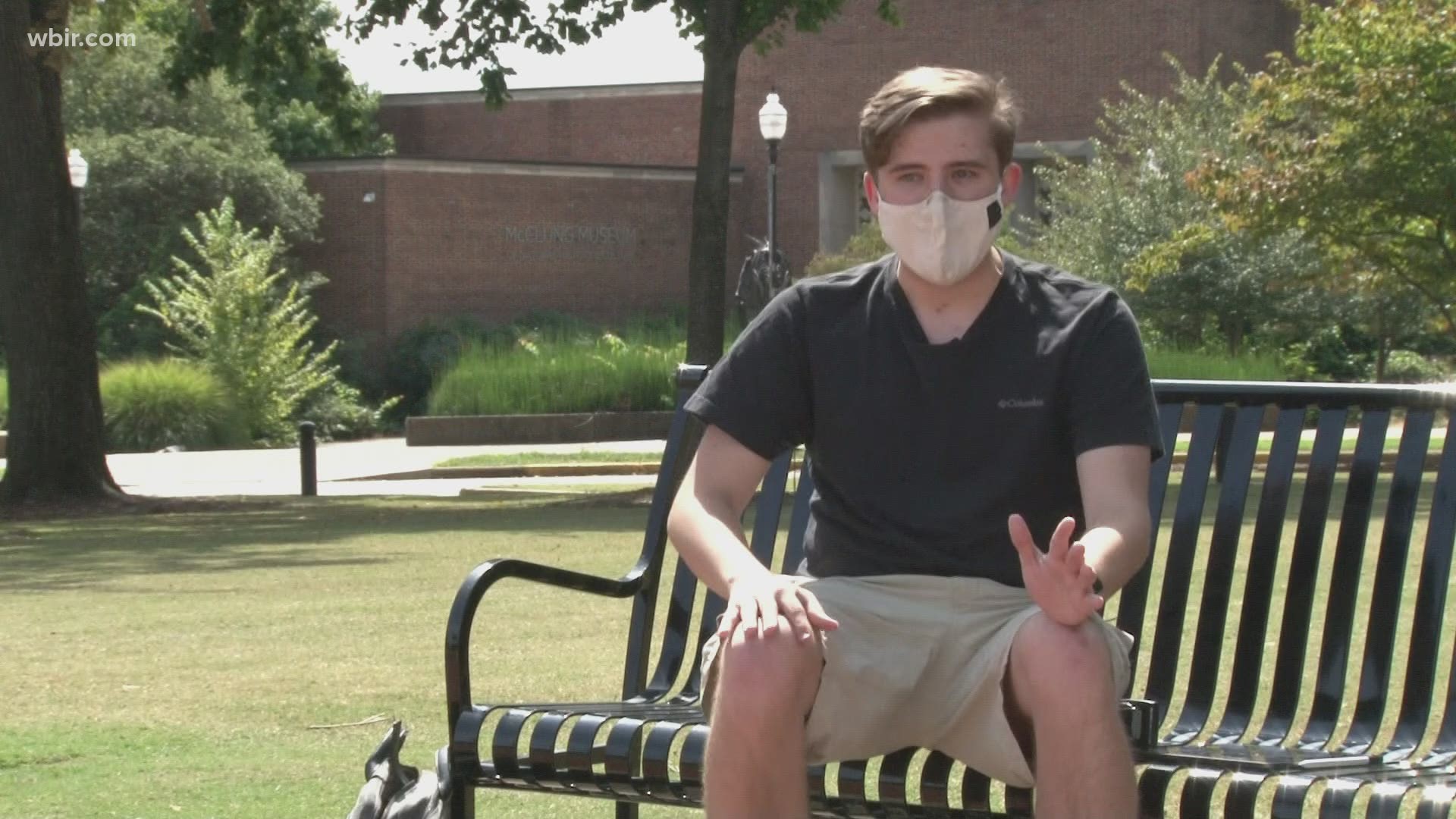 In numbers released to 10News, UT said it has only administered nasal swab tests to 1,108 students at the health center since the start of August—drastically fewer than the tens of thousands of tests some SEC schools have conducted.

In her Tuesday briefing, Plowman said, "Our student health center has been doing a lot of nasal swab tests."

But some days, the UT health center reported a single digit number of tests conducted: on Tuesday, doctors administered eight tests; on Monday, only one, data from a school spokesperson showed.

Some of the more than 1,200 students who have tested positive received results from off campus health providers. The university said it will expand wastewater and pooled saliva tests, but neither show individual cases nor can be used to contact trace to stop the virus spread.

The low number of tests at the Student Health Center was first recorded by third-year accounting student Alex Zukowski.

"Yes, active cases are decreasing and that’s a good thing—don’t get me wrong. But that does not accurately gauge the uncontrolled spread of COVID-19 on our campus," he said.

"How are you going to see if there are new cases if you’re not testing the students?" Zukowski asked.

The director of the health center said he's observed a concerning delay in students testing positive and when they fill out a required isolation form.

"Those delays in reporting to us are really closing the door of opportunities to prevent spread on campus," Dr. Spencer Gregg said.

He also raised concerns students were avoiding tests on campus.

"We’ve got the university saying students are intentionally not getting tested and at the same time the University of Tennessee only conducted nine tests of students," he said.

When asked for comment, a university spokesperson referred reporters to the chancellor's statement. He said the number of PCR tests conducted at the health center do not include the regular testing student-athletes receive through the athletics program.

New wastewater testing on the University of Tennessee campus confirms what everyone assumed: COVID-19 is present among some students.

Dr. Deborah Crawford, who is overseeing UT's new systematic testing strategy, said Tuesday crews started gathering wastewater samples from campus facilities last week and will continue the process through the semester to track the presence of the virus.

People who carry COVID-19, even those who aren't sick, shed small genetic fragments of the virus through the wastewater.

Administrators also announced UT was joining the University of Kentucky in studying whether it's possible to reduce the 14-day quarantine period currently recommended by the Centers for Disease Control and Prevention for anyone exposed to the virus.

New UT positive case numbers show a sharp drop from last week. As of Tuesday morning's report, there were 178 positive cases among students and staff.

Experts cautioned, however, the drop could be a sign that not as many students are getting tested. They're urging students to seek free tests at the Student Health Center even if they think they may just have minor cold or allergy symptoms.

Wastewater testing has been planned for weeks.

Crawford said campus researchers are doing the work. Routine monitoring can help the university see if the presence of the virus is rising or falling generally over time.

Pooled saliva testing is also planned this week at Hess and White residence halls, she said. Students will be asked to spit into a tube before they eat.

Results will help researchers understand what percentage of the sampled population is positive with the disease.

Saliva testing will expand in the coming weeks. The results will allow experts to know where they should focus the very direct nasal swab testing in a dorm or Greek residence.

When someone is in quarantine, it's assumed that symptoms of the virus could show up at any time within the 14-day required period. But perhaps 14 days really isn't necessary.

The study, which UK is a part of, will take a closer look at whether the necessary quarantine phase could be shorter. Some students in quarantine will undergo intermittent nasal swab testing to check for the presence of COVID-19.

The data could show, for example, that no students consistently present a positive test after seven days or 10 days, suggesting a shorter quarantine time period is acceptable, authorities said.

Right now almost 850 people in the UT community are either in quarantine or self-isolation. People in self-isolation are actual virus patients.