As thousands hunt for vaccine appointments, not all first responders want a shot

At two Knoxville-area hospitals, only 60-70% of staff got the COVID-19 vaccine. Doctors said that could delay herd immunity. 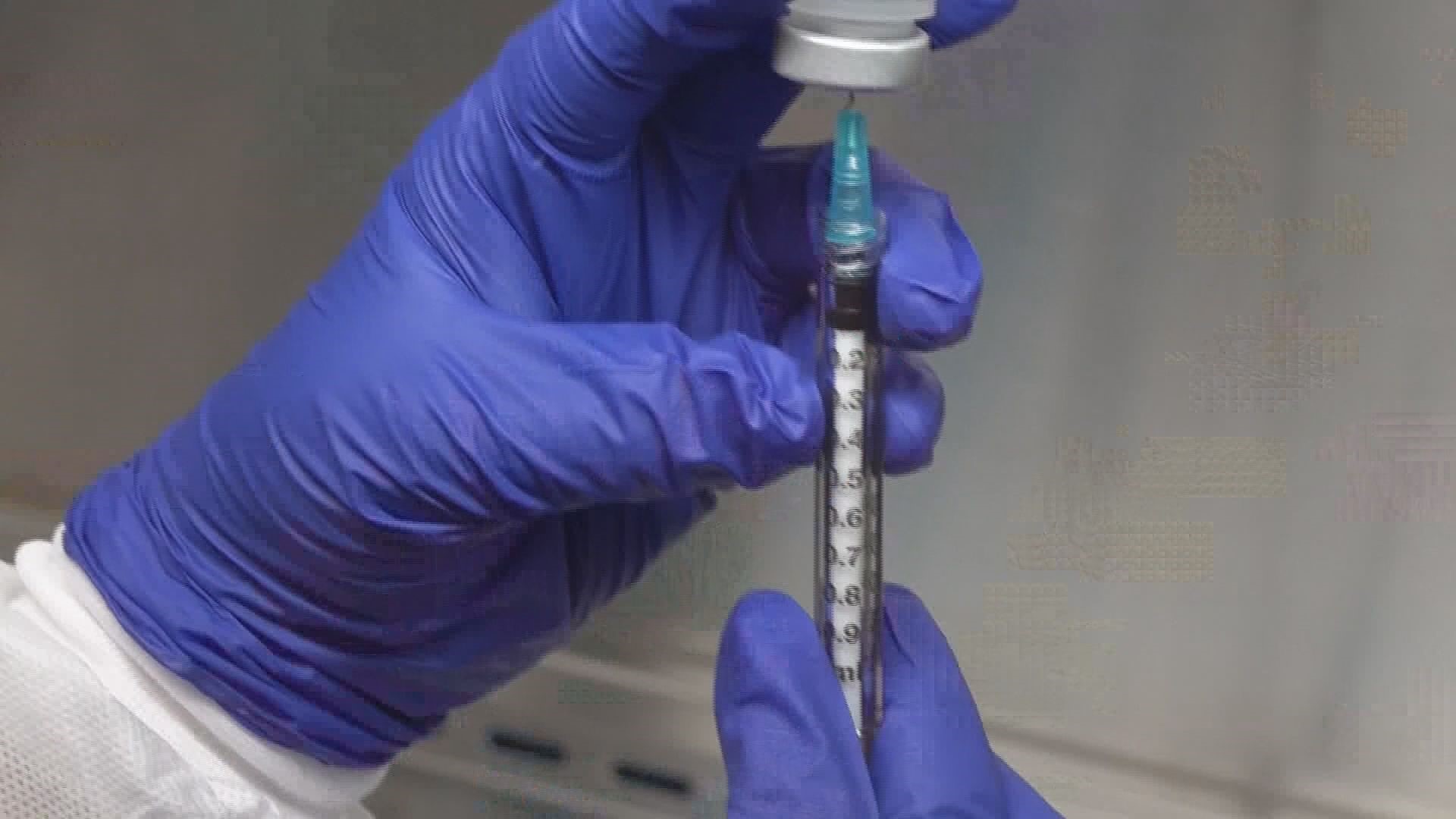 "You realize that for the last nine months, someone has worked diligently across this country or across this earth to help me," he said. "I am so thankful that people cared enough to try to help me."

But not all his colleagues shared the same view. In the emergency room, nurse Jenna Rasnic decided not to get a shot.

Rasnic does not believe the shot is unsafe or that it does not work. She's not concerned its development moved too fast, but rather that studies about its long-term efficacy and side effects may not be complete yet.

"I’m not against vaccines. I’m not an anti-vaxxer by any means. I’m a huge advocate for vaccinations, it’s just—like I said—I want to see sound science play out and that takes time," Rasnic said.

She's not alone in her hesitancy. While a December poll conducted by Vanderbilt University found 75 percent of Tennesseans said they are likely to get vaccinated once a shot becomes available, statistics provided by the city of Knoxville and area hospitals show fewer first responders and medical workers signed up for shots.

Before first responders became eligible for the vaccine in early January, Knoxville Fire Department spokesperson DJ Corcoran said a survey showed only about 45% of eligible firefighters and Knoxville Police officers said they would take the shots.

Data on how many followed through was not available.

At East Tennessee Children's Hospital, a spokesperson said nearly 100% of medical staff opted to take the vaccine, but only 60% of all employees.

Rasnic describes her hesitation as a trade-off: does the vaccine work well enough to outweigh any potential risks that come with taking it?

"Is this truly as effective as the initial studies are predicting or is it not and what are the possible side effects," she asked. "I’m not saying don’t take the vaccine, I’m saying weigh your personal options."

But doctors said people who hesitate taking the vaccine could slow the end of the pandemic by reducing the herd immunity.

"I’m very disappointed. I really thought that the healthcare workers would be leading the charge to get vaccinated. And the amount of resistance in this group is really surprising," Doctor Bill Smith, who heads local clinical trials for the vaccine, said.

He said it is extremely unlikely that further vaccine side effects will be discovered down the road given the number of people in trials and getting shots already.

"No shortcuts on anything that were affecting safety were taken," he said of the vaccine development process. "It is truly a miracle of modern medicine."

Plus, he said, the more people who get vaccinated, the faster the community will reach herd immunity. People declining the vaccine slows that process down.

For his part, Helton is glad he got vaccinated.

"It was a relief. It felt really good to have that," he said after months of treating critically-ill coronavirus patients. "It felt so good just to be able to know that there is light at the end of this tunnel."