In Union County, roughly 25 percent of people have received at least one dose of the COVID-19 vaccine. That's far below the national average of 44 percent. 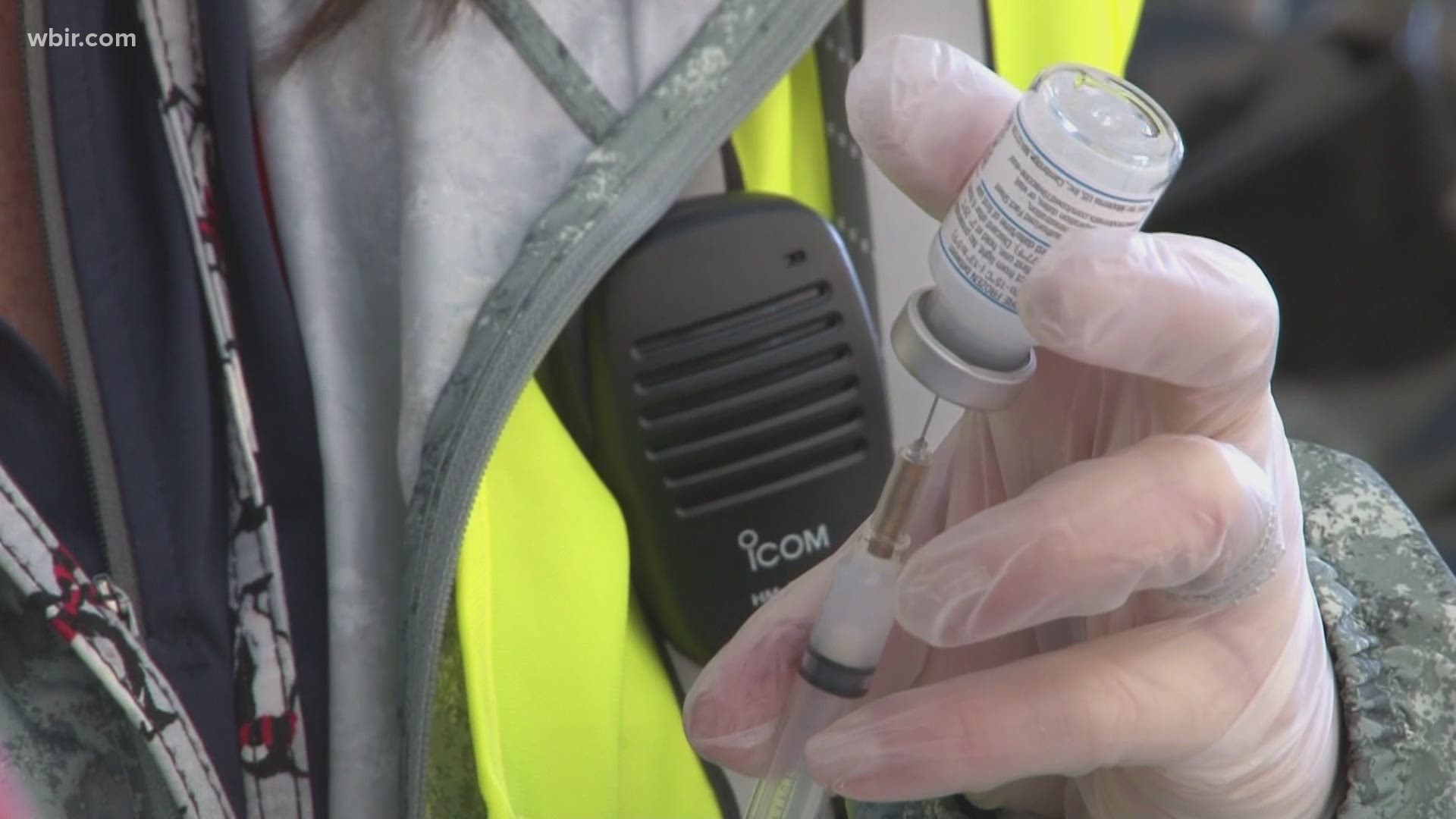 UNION COUNTY, Tenn. — Less than one month after expanding vaccine eligibility to everyone 16 and older, demand in Tennessee has slowed considerably.

Dr. Lisa Piercey said it's a challenge the Tennessee Department of Health is trying to combat every day.

"The reason our vaccination rates are lower is because people aren't demanding it," she told reporters on Tuesday. "That's why we're really taking a lot of time to look at hesitancy why people are hesitant and what we can do to help them overcome it."

All but two of the state's 95 counties lag behind the national average in terms of people with at least one dose of the COVID-19 vaccine.

In Union County, for example, roughly 25 percent have received at least one dose. That's compared to 44 percent of all people in the United States, per data from the Centers for Disease Control.

"People don't trust the government and that's OK," Dr. Piercey said. "We know that we want them to get their own information from whomever they trust."

One suggestion is turning to faith leaders in more rural counties. In Union County, vaccines are offered five days a week at Alder Springs Baptist Church.

" A church is not only a place of refuge for those that are hurting spiritually but also a place to help those that were hurting physically," Pastor Jimmy Davidson said. "The deacons and the church body were willing to open it up where we could give access and aid them in giving the vaccines."

Davidson said they were approached by the Union County Health Department in part because of their open parking lot. The church has been a vaccination site for about three weeks now.

"We feel like that's the heart of God for us to reach out to those and help in any way that we possibly can," Davidson said. "If you're not vaccinated, it's your choice. We're welcoming you to come."