The late-night announcement Wednesday came after an independent panel accused AstraZeneca of cherry-picking data to tout the protection of its vaccine. 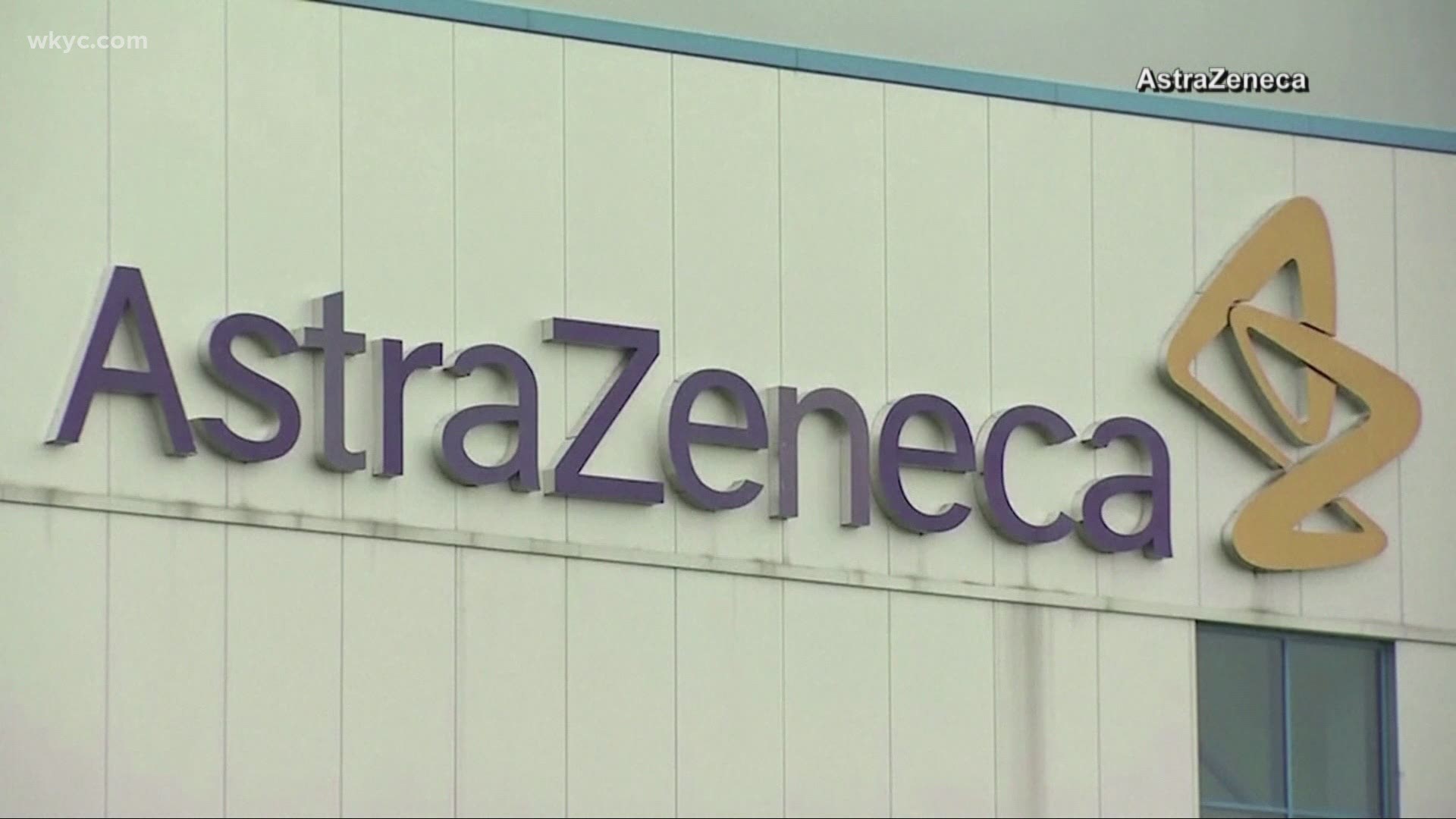 AstraZeneca insisted Wednesday that its COVID-19 vaccine is strongly effective even after counting additional illnesses in its disputed U.S. study, the latest in an extraordinary public rift with American officials.

In a late-night press release, AstraZeneca said it had recalculated data from that study and concluded the vaccine is 76% effective in preventing symptomatic COVID-19, instead of the 79% it had claimed earlier in the week.

Just a day earlier, an independent panel that oversees the study had accused AstraZeneca of cherry-picking data to tout the protection offered by its vaccine. The panel, in a harsh letter to the company and to U.S. health leaders, said the company had left out some COVID-19 cases that occurred in the study, a move that could erode trust in the science.

Some experts said the new data provided by AstraZeneca was “reassuring” and that the information was likely solid enough for U.S. regulators to authorize the vaccine.

“AstraZeneca may have just been too hasty in submitting the earlier, incomplete interim analysis rather than waiting to analyze and submit the full dataset,” said Julian Tang, a virologist at the University of Leicester who was not connected to the research. He said the updated details didn't look substantially different from what was published earlier this week.

Data disputes during ongoing studies usually remain confidential but in an unusual step, the National Institutes of Health publicly called on AstraZeneca to fix the discrepancy.

AstraZeneca had been counting on findings from a predominantly U.S. study of 32,000 people to help rebuild confidence in a vaccine that, despite being widely used in Britain, Europe and other countries, has had a troubled rollout. Previous studies have turned up inconsistent data about its effectiveness, and then last week a scare about blood clots had some countries temporarily pausing inoculations.

Most have since restarted after the European Medicines Agency said the vaccine doesn’t increase the overall incidence of blood clots, though it did not rule out a connection to some rare clots. On Thursday, Denmark announced it would continue its suspension of the vaccine, with officials saying they needed more information before making a decision.

The question now is whether the company's newest calculations can end the tension in the United States. Even before the latest spat, experts had expressed concern that missteps in the vaccine's rollout could undermine confidence in the shot, which is crucial to global efforts to end the coronavirus pandemic since it is cheap, easy to store and a pillar of the COVAX initiative aimed at bringing vaccines to low- and middle-income countries.

Earlier Wednesday, Dr. Anthony Fauci, the top U.S. infectious disease expert, told reporters he hoped that when all the data was publicly vetted by federal regulators, it would dispel any hesitancy caused by the spat. He predicted it would “turn out to be a good vaccine.”

AstraZeneca's newest calculations were based on 190 COVID-19 cases that occurred during the study, 49 more than it had included earlier in the week. The vaccine appears especially protective against the worst outcomes, with no severe illnesses or hospitalizations among vaccinated study volunteers compared to eight severe cases among those given dummy shots, the company said. It didn't provide a breakdown of the rest of the cases.

Some European authorities have questioned how protective the vaccine is in older adults. In the U.S. study, it was 85% effective in volunteers 65 and older, the company said. The study didn't turn up safety concerns.

The updated information “confirms that our COVID-19 vaccine is highly effective in adults, including those aged 65 years and over,” AstraZeneca research chief Mene Pangalos said in a statement. He said the company looks forward to "the rollout of millions of doses across America.”

The study hasn't ended, so additional COVID-19 cases can still accrue. AstraZeneca cautioned that 14 additional possible cases already are being examined and that could lead to further changes in the data.

The company intends to seek Food and Drug Administration clearance of the vaccine within a few weeks. The FDA will publicly debate all the evidence with its outside advisers before making a decision.

Stephen Evans, a vaccines expert at the London School of Hygiene and Tropical Medicine, said it was difficult to understand why the dispute between AstraZeneca and U.S. officials spilled into the public.

“Given the details given here, it seems an unnecessary action to have raised concerns in public,” he said. “Results fluctuate as data accumulate ... what counts will be the FDA assessment and that will be done based on scrutiny of the full data and not press releases.” He said any vaccine with an efficacy rate higher than 60% is useful.

He said it was unclear why there was “a breakdown in relations” between AstraZeneca and the independent U.S. data experts monitoring the trial and worried that could undermine confidence in the vaccine.

“This vaccine is so important for global health, and the disputes do not promote global health,” he said. “At least in the short term, (this) will undermine confidence both in the U.S. and more importantly in the rest of the world.”