Several models have been constructed to try to forecast just how much the mass shutdown of business sales will have on the county. No one has a sure answer. 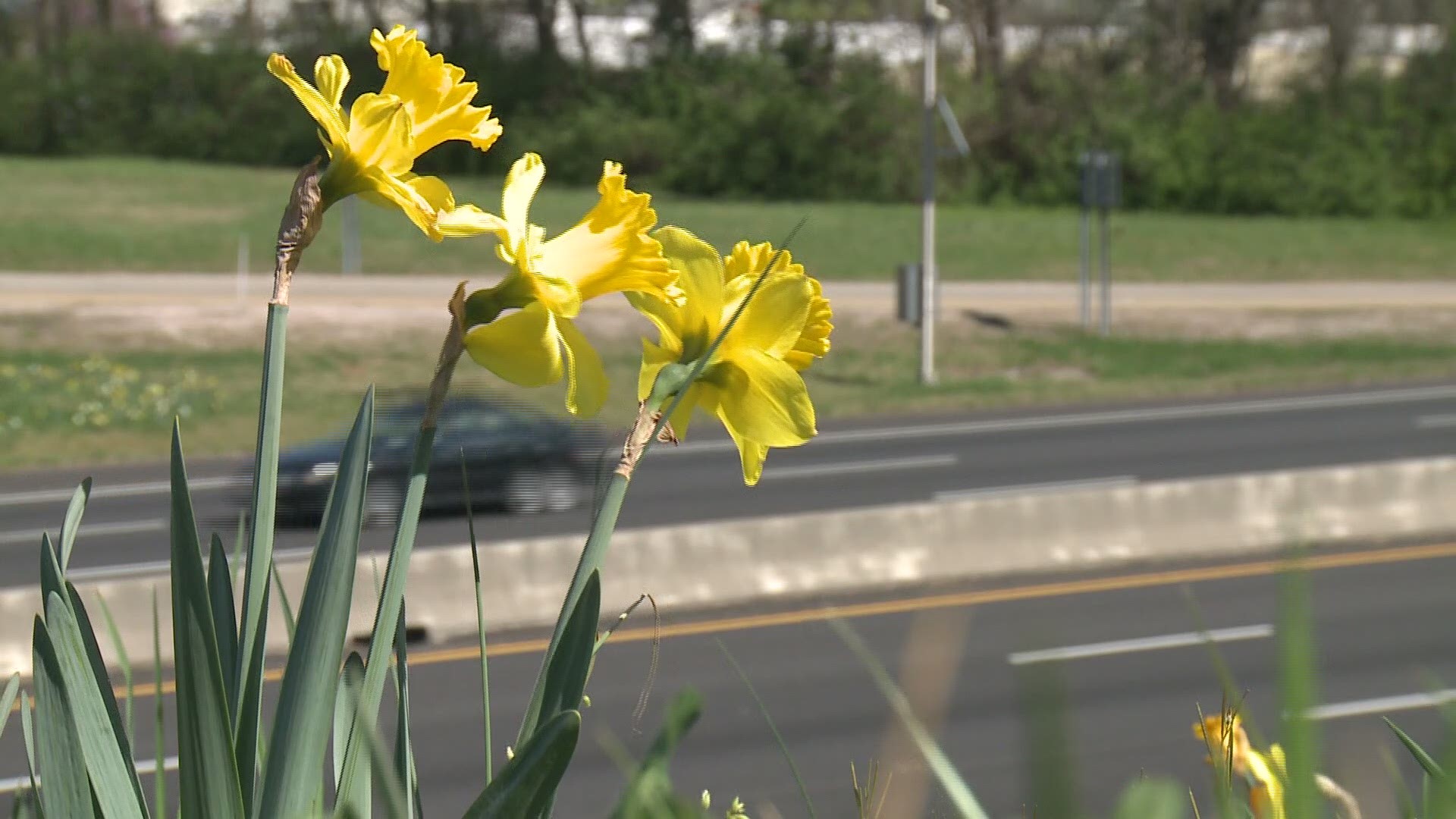 KNOXVILLE, Tenn. — The sudden shutdown this spring of hundreds of businesses across Knoxville and Knox County because of the COVID-19 pandemic is certain to hurt their current budgets -- with a shortfall expected in the millions of dollars.

Just how deeply the crisis will affect the city, county and school system's current spending plans, however, remains to be seen.

The city estimates it will see a $4.4 million loss this spring from various tax sources. The bulk of what Knox County gets in sales taxes goes to the local school system.

And it's not just the city and county that will take a hit. Every local government that relies on sales taxes in the state will feel the effects.

RELATED: "We all want to get back to normal" | Knox County businesses hopeful & hesitant about phased reopening proposal

Hotel/motel revenue also is sure to fall below projections because most people stopped traveling and using hotels and motels in March. Knox County, for example, is assuming for budgetary purposes that it'll get minuscule dollars in hotel/motel taxes for April and May.

Knox County finance officials say there are several scenarios projecting what could be lost in sales tax revenue -- a major source of money that local government relies on to operate every year.

Then COVID-19 hit and everyone was ordered to practice social distancing and stay home unless it was absolutely necessary. Stores big and small closed along with major commercial centers like West Town Mall.

One drastic model suggests Knox County could be short by $18.2 million by the end of June, Knox County Finance Director Chris Caldwell said. Another that Caldwell himself has put together -- what he calls a "hybrid" -- estimates the hit could be something like $12 million for the rest of the fiscal year. 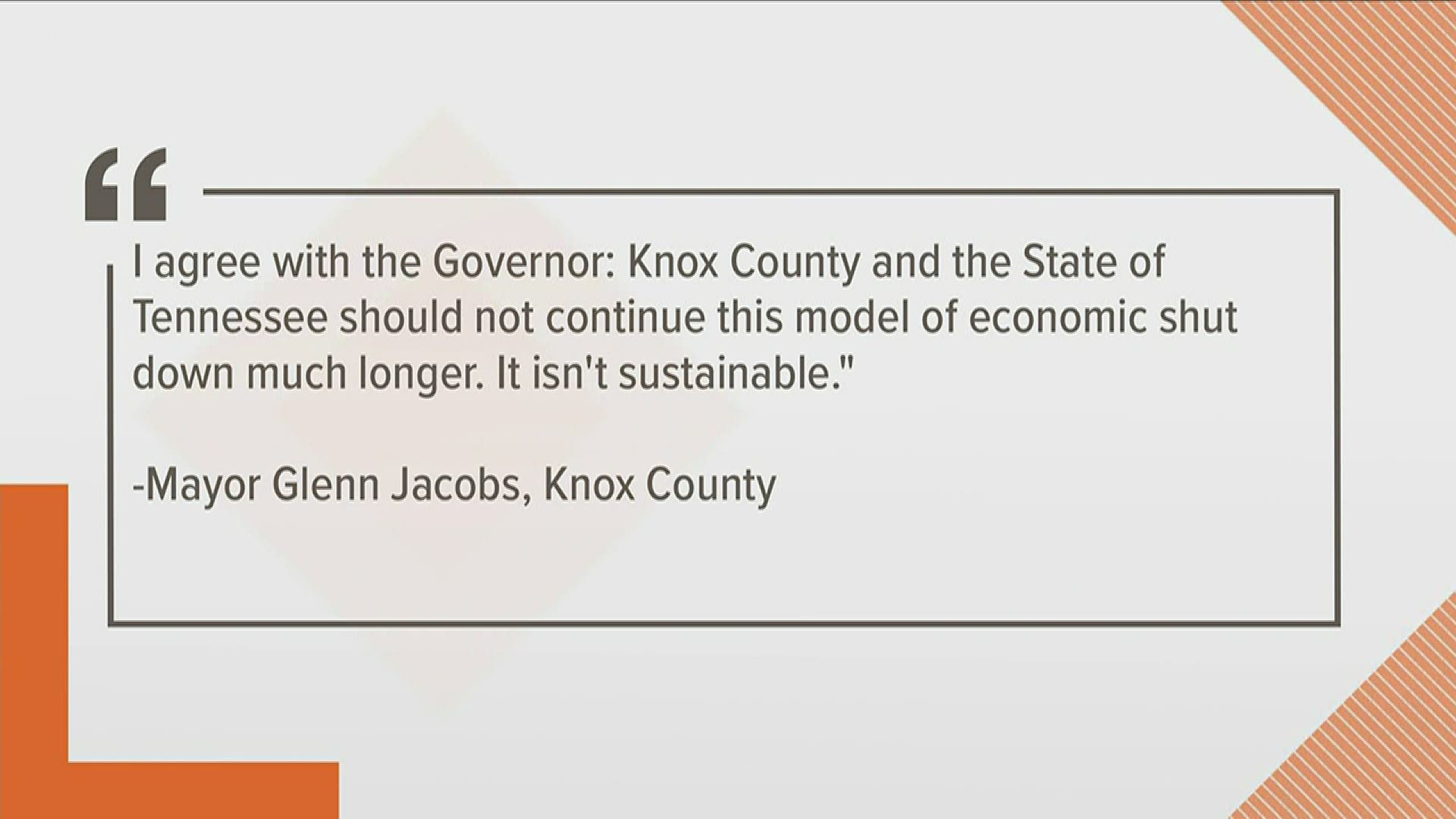 Before the crisis arose, sales tax revenues were coming in above expectations. That's always a good thing because in good times it can lead to a surplus and it means the county was taking in more than expected for its spending plan.

It'll be May before the county knows from the state what businesses took in and paid for March, Caldwell said. April numbers also aren't known yet.

That would cause an $18.2 million shortfall for Knox County.

RELATED: Tennesseans can expect extra $600 in unemployment benefits in a few days

RELATED: 16.8M Americans thrown out of work as economic toll of virus rises

A more optimistic state model forecasts a loss of only 20 percent from what was expected for March-June. That would lead to a loss of $7.2 million.

It assumes the county will get 90 percent of what it expected in March, only half in April, 65 percent in May and 80 percent in June to finish out the fiscal year.  That leaves a $12.3 million deficit.

Caldwell said no one has the right answer.

"One thing we know about all the forecasts is we're gonna be wrong," he said.

Municipalities have just learned that they should be getting a chunk of money as part of the federal CARES Act to help prop up the economy. How that can be used -- and whether it could be used to offset loss of revenue -- still is to be determined.

Within the county, staff is looking at "belt-tightening" measures to help address the budget shortfall such as a hiring freeze, a freeze on short-term spending and a reduction in travel and training.

Jacobs on Tuesday unveiled a suggested plan to roll out a restart of the local economy. Gov. Bill Lee is seeking input and he and advisers review statewide options in May for restarting the economy.

"Hopefully' we'll get some relief from the state and from the federal government. We don't know what that looks like yet," Jacobs said.

Sales tax receipts cover about a fourth of the city's operating budget. With business shutdowns and loss of jobs, it's estimated Knoxville will lose at least $4.4 million in sales tax and other revenue between March and the end of June, according to spokesman Eric Vreeland.

That's a guess. Because, like the county, there's a lag time before it gets actual revenue from the state.

"With so many unknowns, it’s tough to predict sales tax revenues with certainty," Vreeland said.

The city, like the county, is looking at belt-tightening at the direction of Knoxville Mayor Indya Kincannon. There may be few new capital project initiatives in the coming budget year.

Kincannon's first State of the City presentation had been planned for April 24 but is now canceled. She's still expected to release her budget; it'll just be in a different forum.

Hotel/motel tax revenues also are going to come in less than expected when the budget was put together last year.

The county anticipated getting about $8.6 million in 2019/20 in hotel/motel tax revenues. Now it's possible the real number could be more like $7 million. County officials assume there'll be next to nothing for April and May because big events were called off and occupancies have plummeted so sharply.

This is typically the time of year when local governments start working on what their budgets will look like for the coming year, which starts in July. The virus crisis and the resulting economic impact makes that harder to do now, Jacobs said.

"I don't think this is anything anyone would expect and plan for," he said.

But it appears to be the new normal.

"I think at some point everybody is going to have to realize what I've been saying all along, which is we're going to have to figure out how to deal with COVID-19, but we also have to go about our lives and we have to keep the economy intact."