Gov. Lee has not publicly discussed the recommendation. 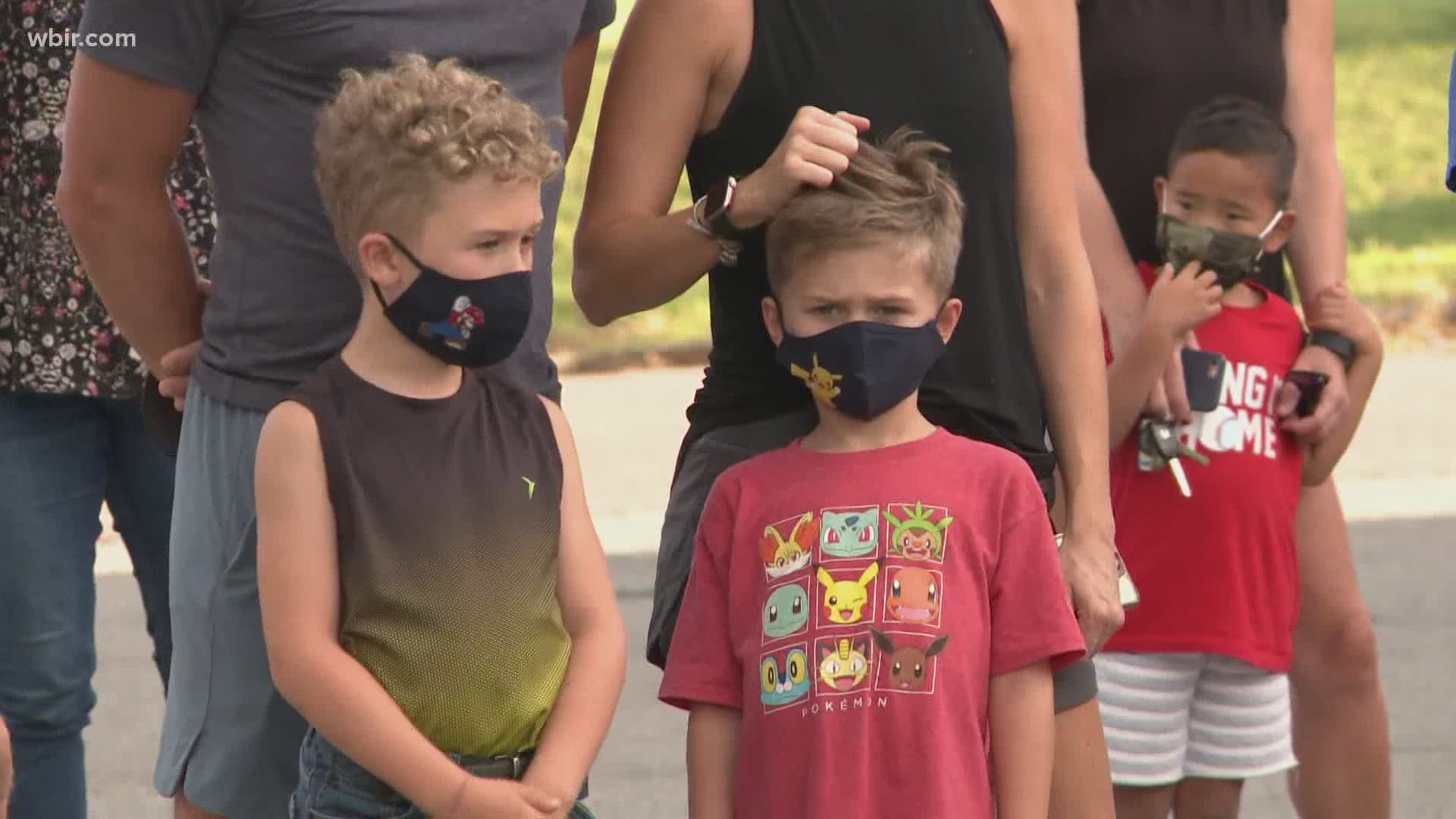 The White House quietly told Tennessee early this week that “a statewide mask mandate must be implemented” to curb its growing spread of COVID-19, strong instructions that the White House and governor did not discuss publicly before the report emerged in a records request.

The Oct. 11 state report for Tennessee, where Republican Gov. Bill Lee has let counties decide whether to require masks in public, first came to light in a records request by WUOT-FM. The Associated Press obtained the report from the Knox County Health Department afterward.

“A statewide mask mandate must be implemented to stop the increasing spread among residents in rural and urban areas of Tennessee,” the item in a list of recommendations states.

President Donald Trump has repeatedly said he was not in favor of mask mandates, but the recommendations of the task force and public health agencies, like the Centers for Disease Control and Prevention, have often been at odds with the White House’s rhetoric.

The report takes the strongest tone to date in urging Tennessee to act, though Gov. Lee has made it clear for months that he did not think masks should be required across the state. Gov. Lee, who has urged people to wear masks, continued to advise against a statewide mandate Friday in an online news conference, in which he didn’t mention the White House’s instruction a few days earlier.

“Statewide, one-size-fits-all mandates are not as effective in many cases as local decision making,” Gov. Lee said.

In a statement late Friday, the governor’s office said the White House report had not altered his thinking.

“The governor has strongly encouraged Tennesseans to make responsible decisions to protect themselves and others from COVID-19, including wearing masks in public, avoiding large gatherings, and staying home when sick,” the statement said. “The governor’s view has not changed based upon non-binding recommendations from the federal government. Previous White House reports dating back to the summer have included similar recommendations, so the inclusion here is not novel.”

Earlier in the week, the governor and his health commissioner downplayed the importance of releasing those White House “red zone” reports. They aren’t regularly released publicly, but the governor’s office has produced them when requested by The Associated Press.

Gov. Lee told reporters Wednesday that “Multiple streams of data from multiple places is not helpful to people,” saying his administration tries to be as “clear and concise as possible” in reporting data. Health Commissioner Lisa Piercey said the White House data comes in at a lag, and said the recommendations in the report are “nothing novel, quite frankly.”

“In all of those reports the recommendations are exactly what your hear coming from our mouths, from the folks at the White House Coronavirus Task Force,” Piercey said.

The White House did not immediately respond to a request for comment.

The wording of the Oct. 11 White House report differed from the one a week earlier, which said, “Masks must be worn indoors in all public settings and group gathering sizes should be limited.”

In late July, White House COVID-19 task force leader Deborah Birx visited Nashville and urged all Tennesseans to wear a mask. At the same event, Gov. Lee said he’s “been to counties that have a mandate where people are not wearing masks as well.”

“People wear masks because they believe there is a reason to do so and I believe that they will increasingly understand that as their local officials advocate for that,” Gov. Lee said in July.

While most people who contract the coronavirus recover after suffering only mild to moderate symptoms, it can be deadly for older patients and those with other health problems.

Adrian Sainz contributed to this report from Memphis, Tennessee.