'Why is it taking so long?' | East Tennesseans wait for COVID-19 results as laboratories see influx of testing

Health Commissioner Dr. Lisa Piercey said the sheer volume of testing in Tennessee is causing labs to become "bogged down." 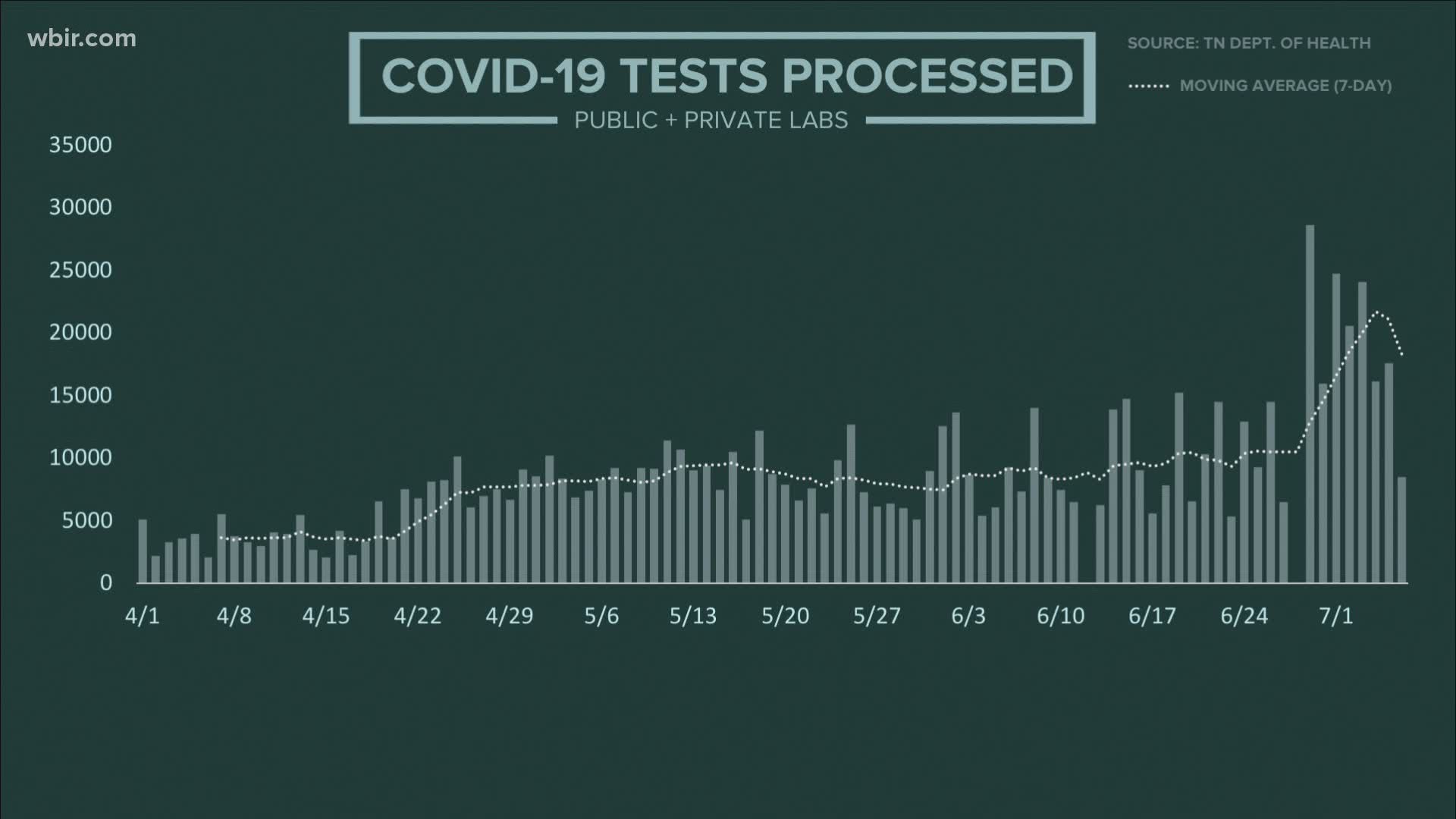 KNOX COUNTY, Tenn. — Since mid-April, state leaders have had echoed the same message: when in doubt, get a test. In May, the state received results for more than 258,000 tests. In June, the number of processed tests surpassed 300,000.

As testing volume increases across the state, health leaders said the labs processing the results are getting backed up.

"Admittedly, lab turnaround times are starting to get bogged down a little bit, just from the sheer volume," said Tennessee Commissioner of Health Dr. Lisa Piercey on July 1. "We're working every day to bring more labs online as well as to enhance the capacity of labs that already exist throughout the state."

For some families, however, it's taken longer. Ashley Hodge said in late-June, she woke up feeling achy and in pain. Thinking she could have the coronavirus, she got tested on June 26.

"I had waited outside for close to two hours," Hodge told 10News. "By the time I got there, they just needed my ID, my name, I gave them my paperwork and I got the test done."

From there, she expected to receive results within the typical 4 to 5-day time frame. Instead, it took 10 days before she was finally able to get her results over the phone.

"I can't go back to work until I have the paperwork saying, I'm clear," Hodge said. "How long is backed up? Because I have bills to pay. I have a mortgage and now I'm looking to see where I can find food to feed my family."

She and her husband both took nearly two weeks off because of her impending test results.

Other Knox County residents shared similar stories with 10News, saying it took them 7 to 10 days to receive results as well. On the CVS Pharmacy website, the testing results section has been updated to reflect the increased demand.

"Have a very low threshold for getting tested if you were in one of those large groups or if you came into contact with anyone who has subsequently tested positive, or if you feel sick," said Dr. Lisa Piercey.

The Tennessee Department of Health said they prioritize notifying positive cases over negatives. Free testing is available at all county health departments.