Doctor: East Tennesseans should not be concerned about Wuhan coronavirus

Dr. John Adams with Covenant Health said this new strain of a common virus can be tough to diagnose because it has symptoms similar to a cold. 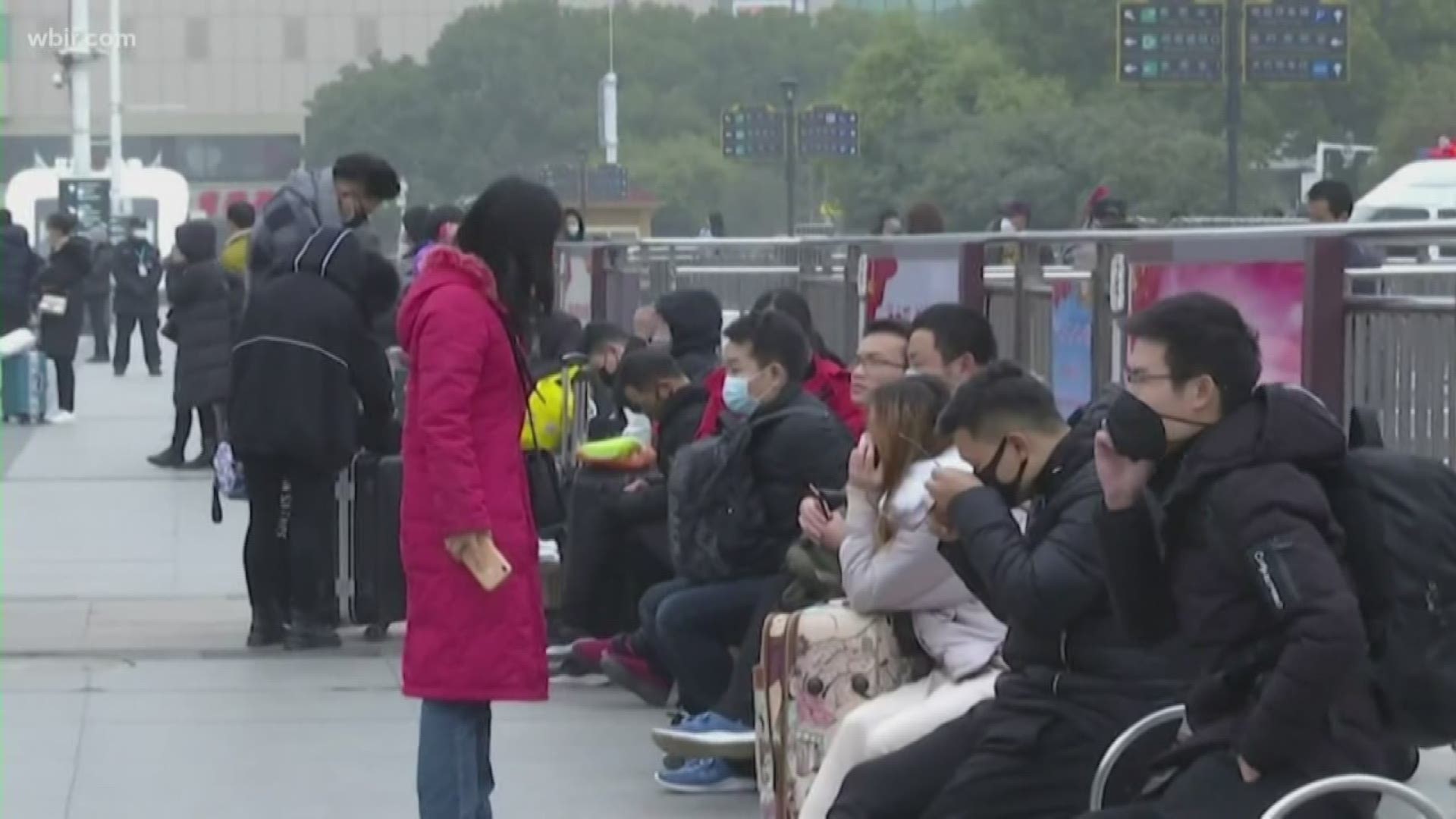 KNOXVILLE, Tenn. — Doctors have diagnosed a second U-S patient with the Wuhan coronavirus.

NBC News said the Chicago woman in her 60s is doing well.

Just this afternoon, another possible case of the virus popped up in North Carolina.

The virus has killed at least 26 people in China and infected more than 900 worldwide.

The CDC maintains the threat to the U.S. is low.

A Tennessee Technological University student is being tested for the Wuhan coronavirus.

The Tennessee Department of Health confirmed Friday the Tennessee Tech student had recently traveled to China and had mild symptoms.

The results of the test aren't back yet.

The health department said while it's waiting for those results, there are no specific actions Tennesseans need to take.

"The World Health Organization, as early as last night or this morning, stated that they do not feel that this is a global health emergency yet," Adams said.

He said the family of coronaviruses is actually common -- it includes the common cold and includes symptoms you might get from a cold.

But this strain is much more serious.

"This virus has popped more on the radar screen because it does cause a more serious illness than just a common cold, and people are more likely to get a viral pneumonia from it, which could cause shortness of breath," Adams said.

He said the similarities to the common cold are a problem for doctors trying to diagnose the Wuhan coronavirus.

"The people who are minimally ill might not know they ever had it, might not seek attention, might never get tested," Adams said. "And you might not really know the amount of iceberg underneath that tip that floats above the water."

Oak Ridge National Lab, who often hosts international scientists, said the lab has no connection to the virus they're aware of.

UT says the UT student Health Center is following the CDC's recommendations for screening students who come in.