What seems like just a common cold to an adult can cause a lot more damage to a baby's tiny immune system. 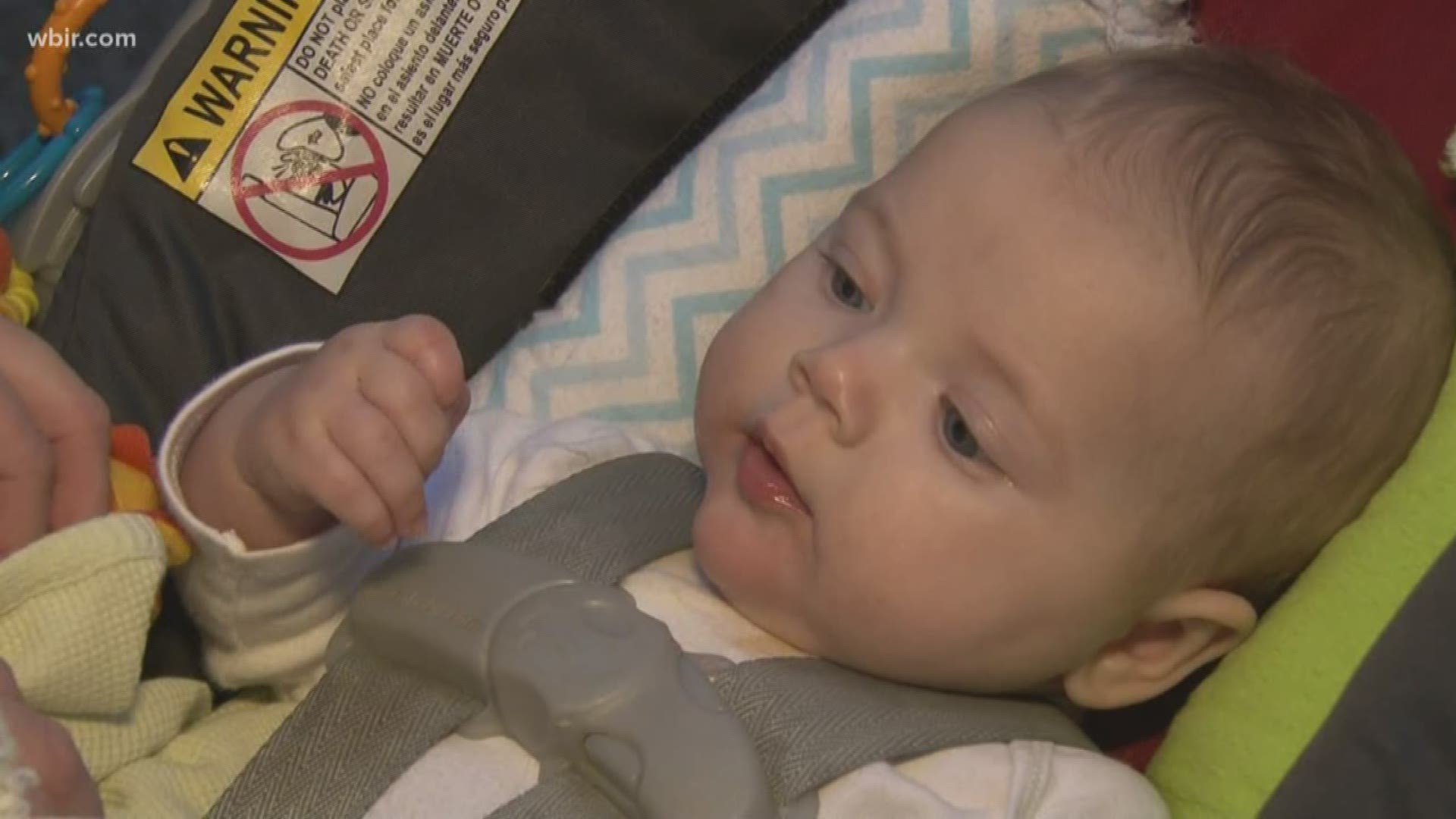 KNOXVILLE, Tenn. — As viruses spread during wintertime, one that doctors are starting to see more of is RSV.

That's respiratory syncytial virus and it's common for kids under 18 months old to contract.

"We had her home for about two and a half weeks after her obligatory NICU stay, and she caught RSV, not sure how, there were lots of visitors," said Jaelyn's mom Karen McKinney.

RSV is a respiratory virus that to adults is just a common cold, but for babies it hits a lot harder.

"We had to stay nine days at Children's Hospital and it was really really sad to watch her with oxygen [tubes]," said McKinney.

RELATED: Doctors warn sick people not to kiss babies due to RSV on the rise

Not all cases of RSV are this severe, but they aren't great at any stage.

For kids under 18 months old, it really effects their lungs.

She said the symptoms are noticeable.

"You're looking more for respiratory effort," said Shults. "If the child's breathing more than once a second which is 60 times a minute, they're not drinking well, they're not urinating as much as normal."

Shults has seen between 20-30 cases over the past month, none bad enough to be admitted to the hospital.

There are at-home solutions for parents.

"Using saline to suction out the nose is the best thing, you can do Pedialyte if they won't take their milk very well."

Shults said making sure kids get lots of fluids and parents are working to flush out the mucus are the most important actions.

The best way to not get RSV is to not let people touch your babies.

What's just a cough to you may turn into RSV in their tiny immune systems.

She caught it as an adult last winter from Jaelyn, who got it for the second time in her young life.

McKinney is determined not to go through that again with her new infant.

"No one's kissed my baby now," she said. "We've been a lot more cautious this time around."

They said that's normal for this time of year.

If you notice any of the signs of RSV, never hesitate to contact your pediatrician.