What do you need to know as a parent when it comes to vaping? 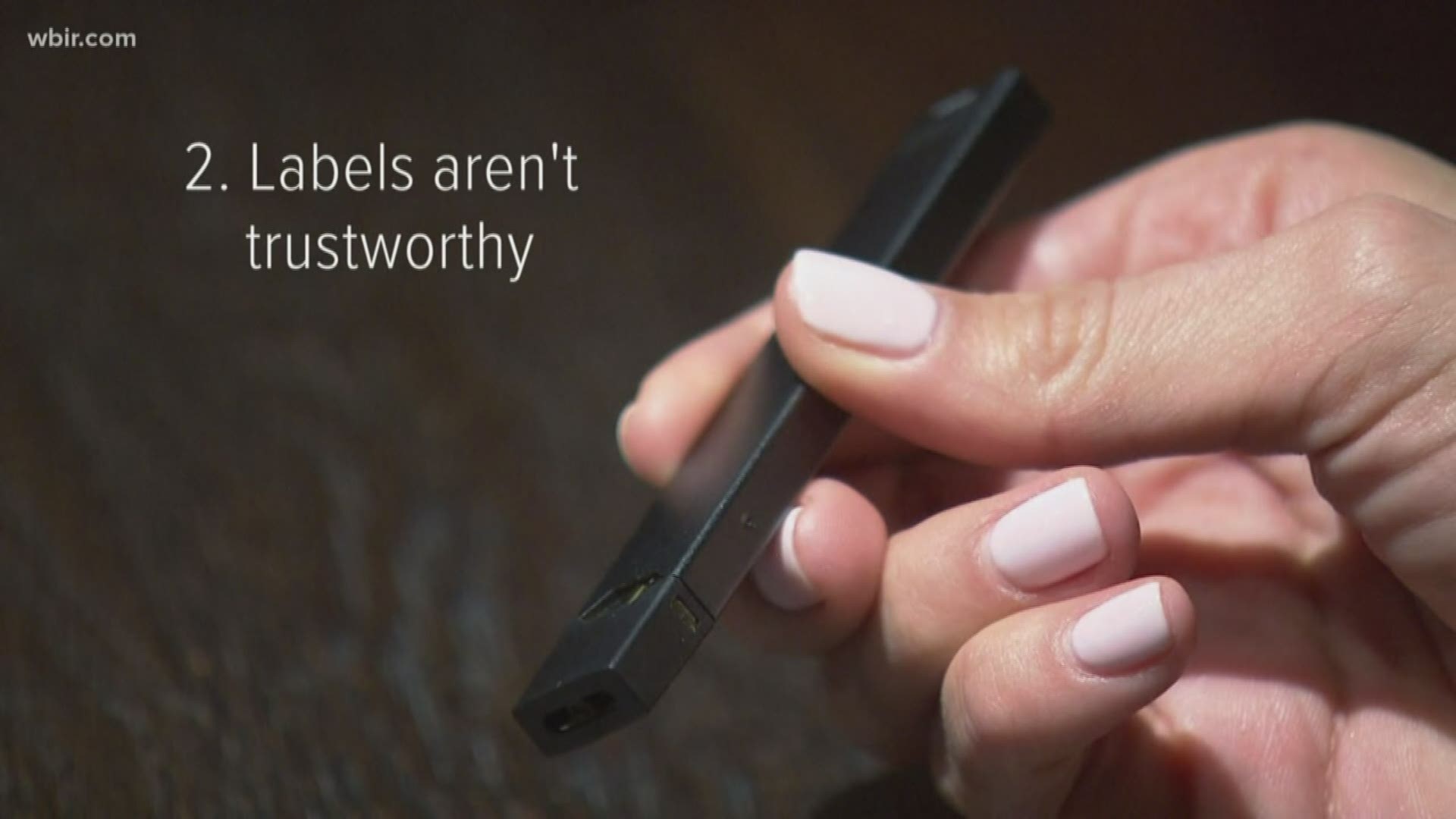 KNOXVILLE, Tenn. — A mother and nurse at East Tennessee Children's Hospital said she learned a lot from a vaping expert who visited the hospital Tuesday.

She said she's going to talk to her kids and pay more attention.

She said it's important because of the growing increase in vaping-related cases across the United States.

RELATED: Over 500K pot vapes seized in 2 years as busts rise in US

Two people have died in Tennessee.

"It will be a great conversation starter," mother and nurse Janet Bryant said.

Bryant has a new subject to break the ice on.

RELATED: 'It's not safe, it kills' | Local teacher loses nephew to vaping, urges parents to talk to children about dangers

"I didn't even know what to ask for, what to look for," Bryant said.

After Tuesday, she'll have some good information to help her kids navigate the dangers of vaping.

She was one of nearly 100 medical staff that went to a seminar on the latest trends on treating vaping-related illnesses.

The crowd learned what to look for when it comes to vapes.

"It's very technological and small, and designed for children, and I guess that's what's so scary about it," Bryant said.

Helping to combat that fear is Dr. Anne Griffiths.

"If there's anything that just doesn't make sense or just looks like a piece of plastic in your kids backpack, ask about it."

She said the labels aren't trustworthy.

"Teens think they're using a nicotine-free product or a "zero-nic" product as they call it, and it may have nicotine in it....many classic E-cigarette devices can be filled with either nicotine-based products or THC-based products."

She said stomach flu symptoms could be much more.

"Fever, chills and sweats. And as the disease progresses, they really feel breathless, they can't reach for a cereal box anymore... and they have a dry cough."

She said the marketing is misleading.

"They're often marketed as food grade safe products, but as our toxicologist friends have taught our pulmonary team, just because something is safe in your stomach doesn't mean it's safe in your lungs."

Bryant said it's important for parents to be aware of the terminology of vaping, know the technology, and not to pass judgment on children who may have decided to experiment.