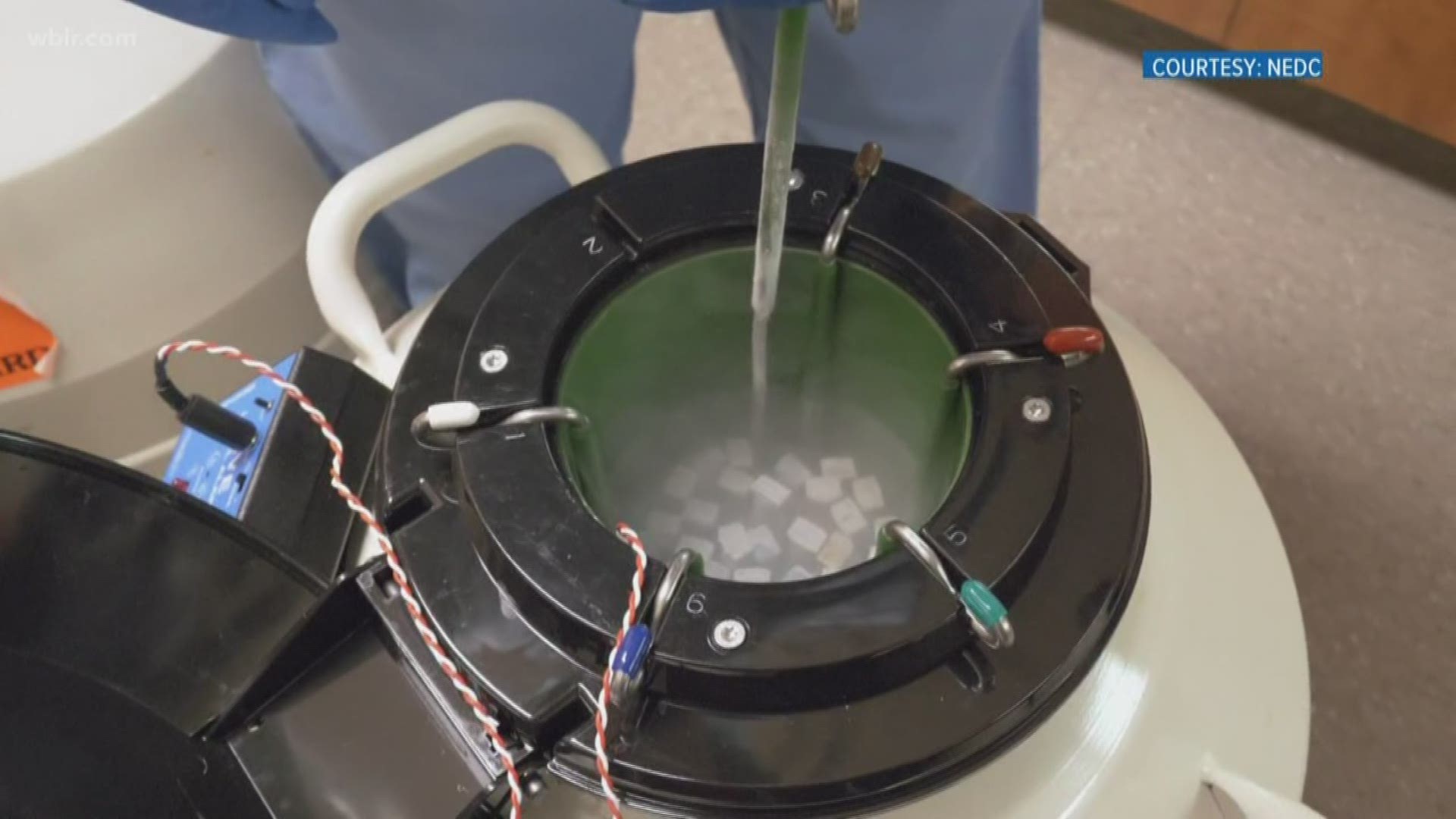 FARRAGUT, Tenn. — Doctors are struggling with what to do with frozen embryos all over the country. It is an issue that goes back decades, and local physicians said if we don't do something now -- the problem will get bigger.

"The IVF process which has proven very successful and yet has created moral and ethical dilemmas that we really weren't prepared to handle," he said.

He would know, having spent much of his adult life dedicated to this work.

"After 23 years in this field, it's one of the big reasons I came here to Knoxville," he said.

He is talking about instances where couple end up with too many fertilized eggs, which then leads to another difficult decision.

"The problem is what do you do with the extra embryos," Gordon said.

But there are a few options. You could use them to have more children, donate them to a couple or to medical research and you could also freeze them.

"Or keep them frozen indefinitely and abandon them," Gordon said.

That option, again, presents difficulty and is somewhat expensive.

But there is also the emotional toll this kind of decision can bring, which can also be a hard for doctors.

"Nobody wants to destroy embryos then somebody comes back and says, 'We forgot we had embryos, and now you destroyed them,'" he said.

However, unlike many clinics nationally, the National Embryo Donation Center in Knoxville only lets couples fertilize six embryos at a time, and if they abandon them -- they donate them to another couple.

Dr. Gordon said this is big and if more clinics don't do it -- the issue could get worse.

"If we don't turn off the tap, if we don't address the problem upfront, we're going to be facing this problem in the years to come and it will get worse and worse as we go along," he said.

Dr. Gordon said the National Embryo Donation Center has had more than 800 successful embryo births, and since it takes many precautions -- abandoned embryos are rare.