Volunteers from across the nation helped adapt 100+ pairs of pajamas for patients at East Tennessee Children's Hospital. 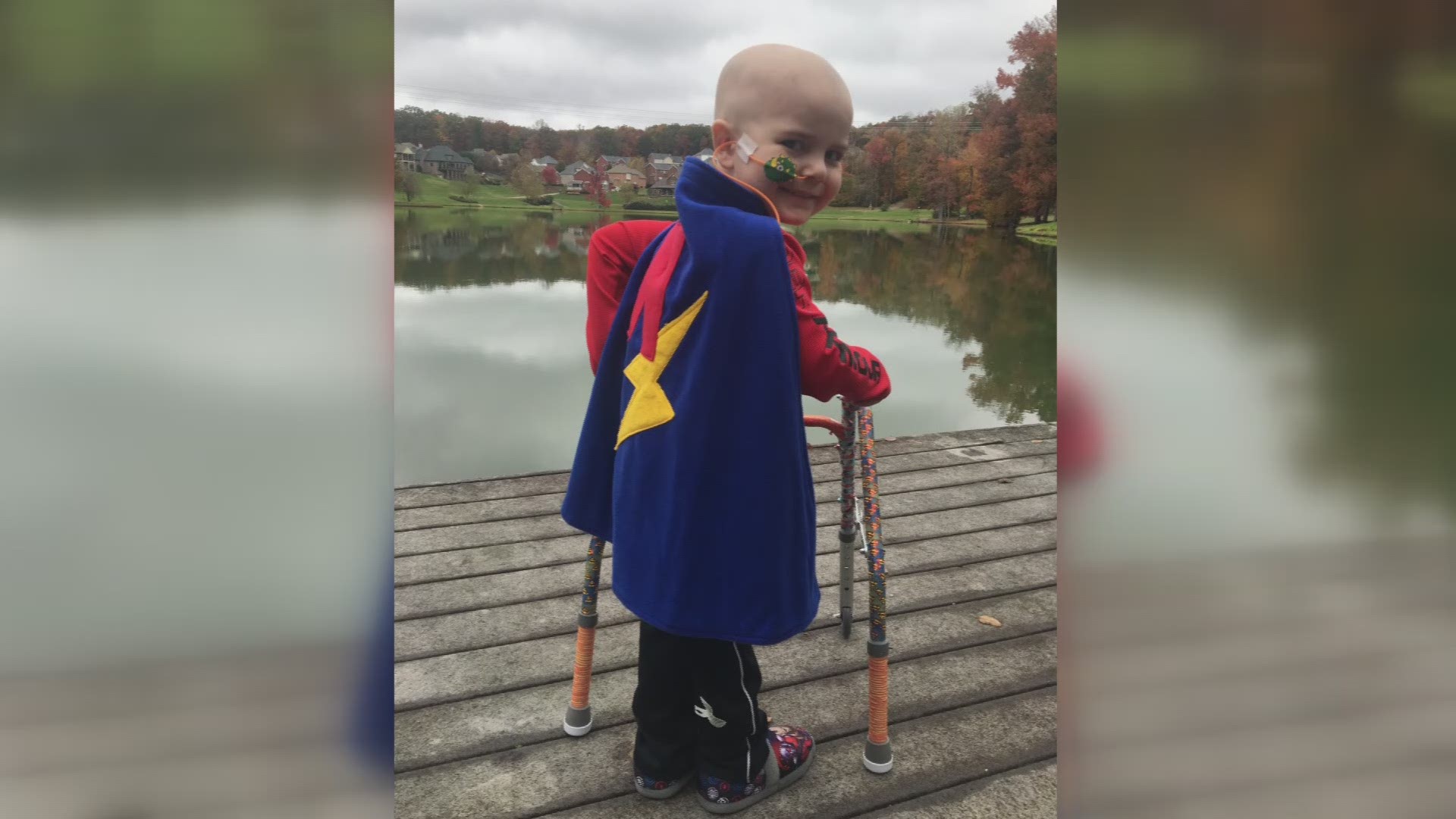 KNOXVILLE, Tenn. — For the past year, Martha Sileno has watched her 4-year-old son receive treatment in a diaper.

"The gowns were too scratchy because he had neuropathy and skin sensitivity," Sileno said. "So he was always without a shirt. He was always in a pull-up."

One night, Noah and his mother met Isaac Long and his father in the hall. Long, a fellow patient, chose to wear dress shirts instead of the hospital gowns.

"Between Noah and Isaac, the idea came together that these kids needed pajamas that would allow them to have port access," Sileno said.

So, she started the Noah Nation foundation and began collecting pajamas to medically adapt. With the help of the community, more than 140 pairs are being adapted for kids fighting cancer at East Tennessee Children's Hospital.

"Our community did donations, they provided pajamas and they've been sewing for us," Sileno said. "I can't thank everyone enough."

Volunteers added Velcro or plastic snaps to the pairs of pajamas so that patients can receive treatment without having to take off their shirts. There are no metal components, so they can receive scans as well.

On Thursday, she started handing out the medically-adapted pajamas to patients. 3-year-old Cooper Russell was the first to receive his pairs.

"They're going to come in handy," Cooper's mother Alix Russell said. "When his IV is connected, you can't put a shirt on him."

She said she had looked for better options, but finding button-up pajamas for children his size was challenging.

"He won't have to run around naked all the time," Russell said. "He does because he's a 3-year-old, but that's not always the best thing."

Sileno brought about 40 pairs of pajamas to East Tennessee Children's Hospital on Thursday.

She gave a pair of large pajamas to Caleb, another patient at ETCH.

Sileno said she still has about 100 pairs being worked on or ready to hand out. She wants to give them to as many patients as she can.

"The parents are so thankful," she said. "I feel like it makes everyone have a little bit easier of a time."