Currently, less than 5% of breast cancer patients sign up for clinical trials. 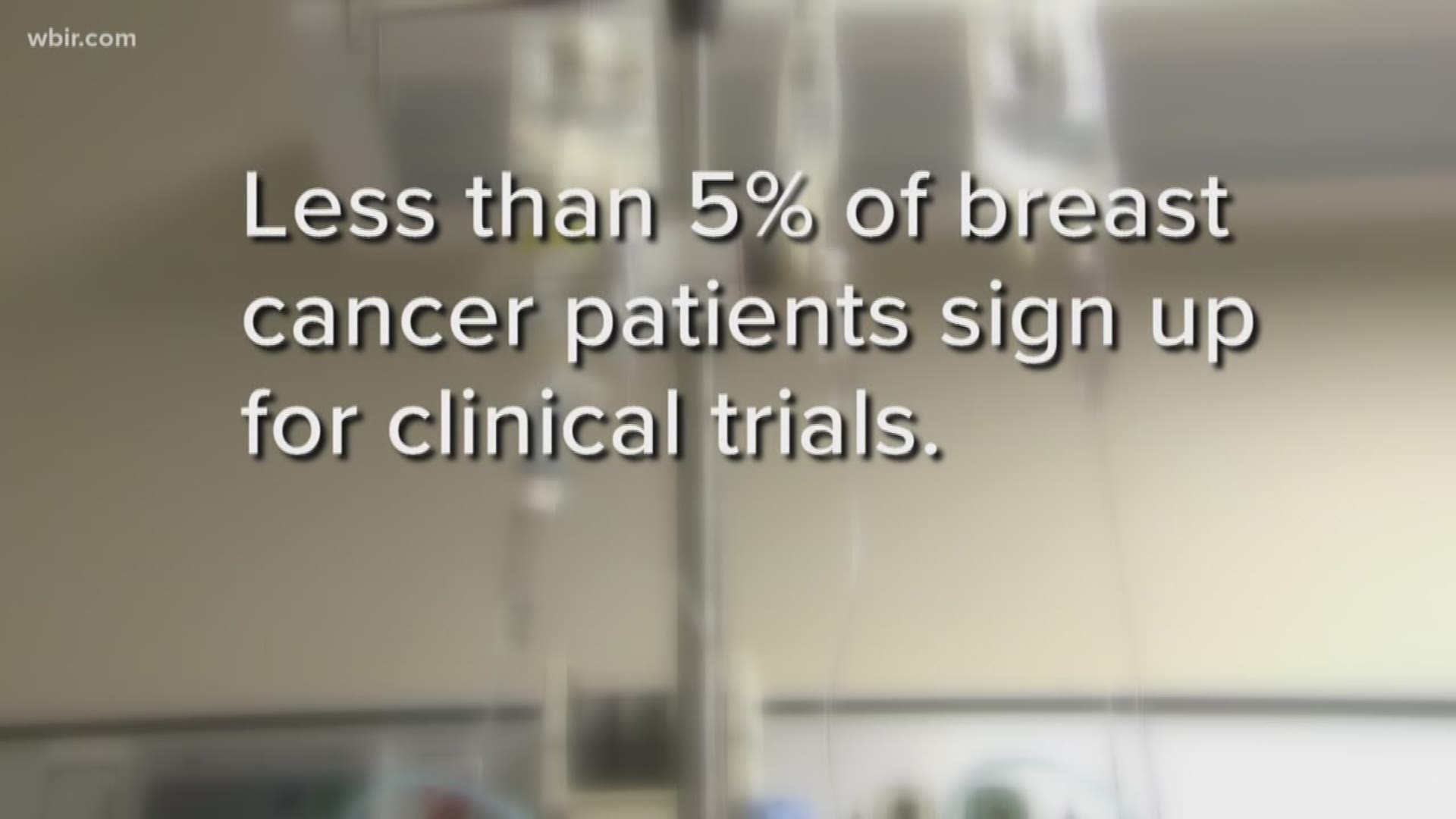 KNOXVILLE — Diane Neely was diagnosed with triple negative breast cancer in November of 2017. A triple negative diagnosis means the cancer is harder to cure, and more likely to come back. It has a 70% survival rate.

"I knew I had something that you know wasn't normal and wasn't good," said Neely.

“But one of the little nuances in the trial was they wanted you to start the Keytruda drug and radiation at the same time." Neely said.

After a successful surgery, Neely was cancer free. Since November 2017, the cancer has not returned. While Neely's story shows promise, less than 5% of breast cancer patients sign up for clinical trials.

►READ MORE: Breast cancer vaccine that could save generations now in clinical trials at Mayo Clinic

“There’s certainly a lot of promise associated with the clinical trials that are ongoing, but I think it’s a little too soon to think that any one drug would be a cure for all types of breast cancer," said Lloyd.

“I would highly encourage people to seek trials out because they are changing lives," Neely added.