It allows new moms to give back and support others in need, particularly parents of preemies and fragile newborns. 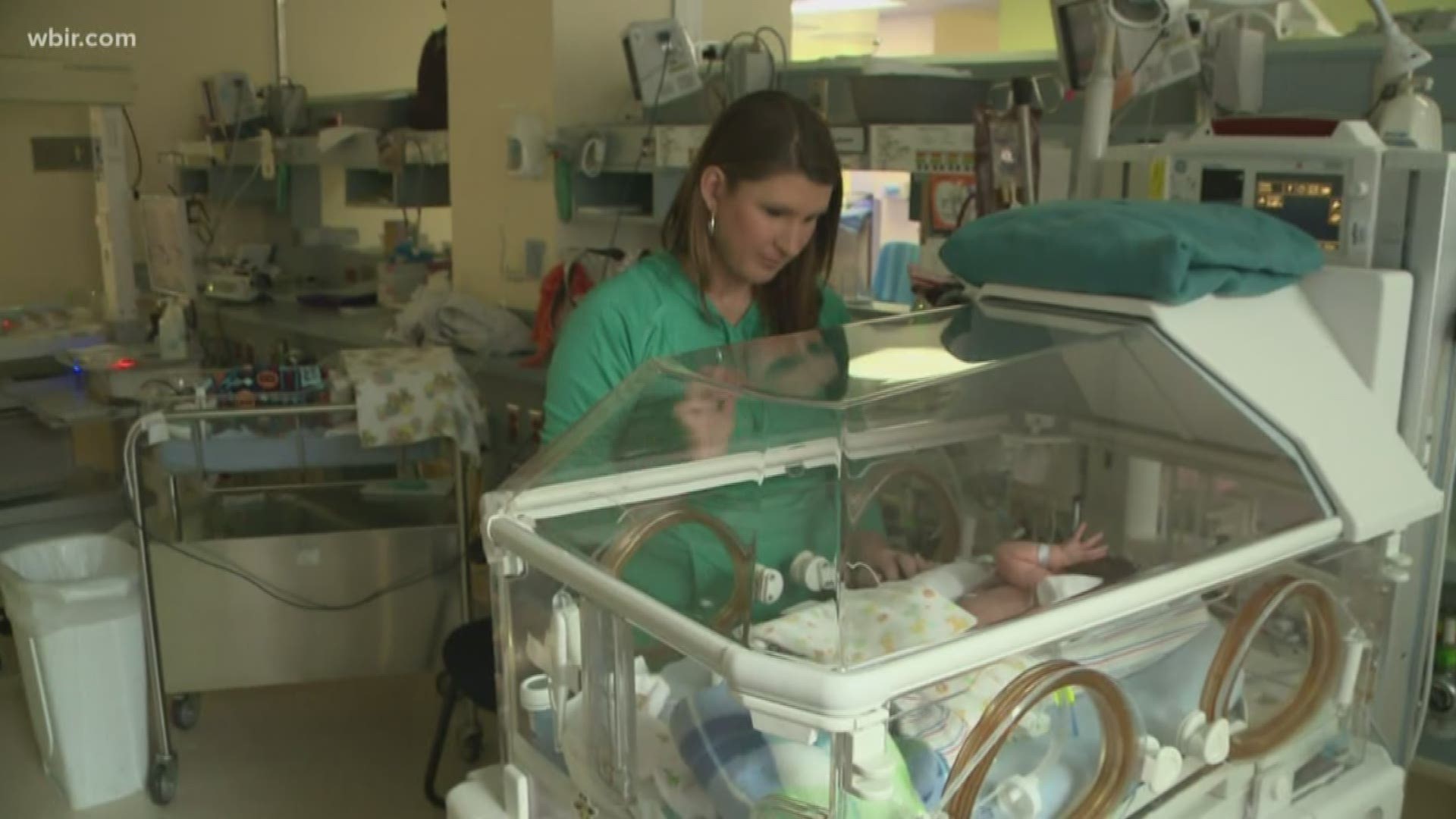 KNOXVILLE, Tenn. — A new milk depot in Knoxville is helping with the nationwide demand to help babies in the NICU. It allows new moms to give back and support others in need.

It officially opens Tuesday at the Knoxville Lactation Clinic in West Knoxville on North Martinwood Road. There is a special ceremony from 3:30 until 5 p.m.

It all started late last year when a lactation consultant realized Knoxville was the only major Tennessee city that didn't have a milk depot. She took it upon herself to jump through the hoops to get one started.

With the proper help, lactation consultant Lisa Paul knew it was a nationwide issue she could help tackle.

"There's a huge need for breast milk or human milk," she said.

As an already one-woman band, she was inspired to put Knoxville on the map to help.

"I'm just it. I don't have a hospital staff or anything else," she said.

Paul will be opening the first milk depot of its kind in the city.

A milk depot is a place where approved donor moms can bring in their pumped frozen breast milk to donate. Pre-screened moms will drop of their donation that will eventually be sent to Austin, Texas, to be processed, pasteurized and then delivered to NICUs around the country.

Lactation consultant Candy Scarborough said donor milk is the safest option for moms to use and it gives moms who overproduce the ability to give back.

"A lot of moms who deliver before 37 weeks can't produce breast milk for a few days, sometimes there's a delay. We're excited here in Knoxville if anything just to raise awareness," Scarborough said.

"The more awareness we get about the need for human milk, the more availability will be there, so there is a huge need," said Paul.

Doctors said breast milk provides benefits unlike anything else, especially for babies struggling in the NICU. It helps cut down time spent there as well.

"The more we get the word out there, the more people know about having the ability to have donor milk in a hospital, the more babies are gonna get it," said Paul.

Mothers' Milk Bank of Tennessee plans to open a pasteurization facility in Middle Tennessee early next year, so donations would be sent in-state instead.

if you are interested in donating, you can find more information here.