Doomscrolling: Feeling anxious or stressed after scrolling through social media too much

Doomscrolling means continuing to scroll through bad news even if it's saddening, disheartening or depressing. 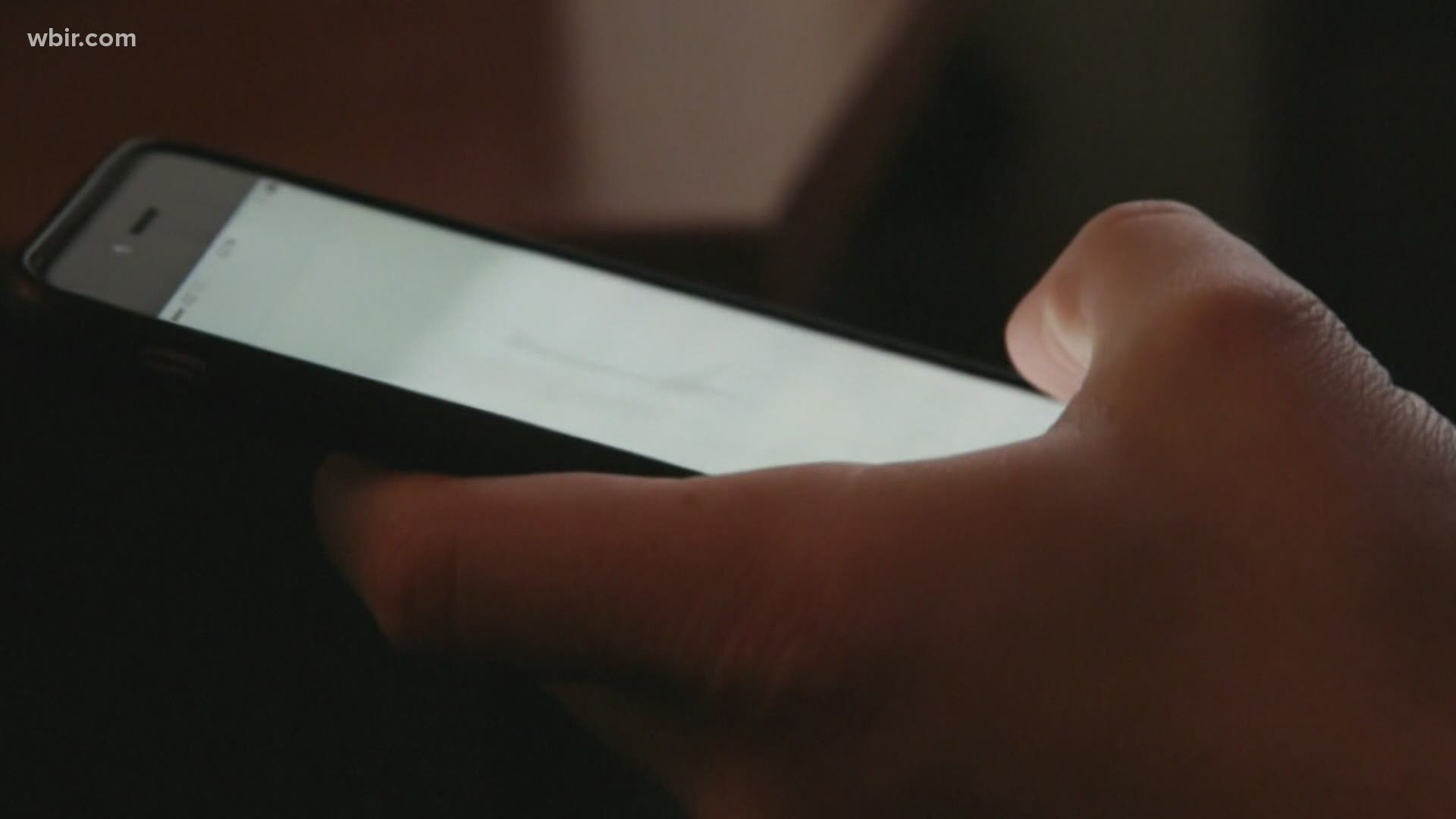 KNOXVILLE, Tenn. — Data shows people spent 1.6 trillion hours on their phones just in the first half of this year.

During that time, users could be doing something that's damaging their health without even knowing it. The more people "doomscroll," the more damage they could be doing to themselves.

The term "doomscrolling" is when a person scrolls on social media and views posts that negatively impact their mental health for too much time. It has taken off during the pandemic and is impacting a lot of us.

"I just get into a deep tunnel of reading and reading," said Claire Welter who has experienced it herself.

The official definition in Merriam-Webster means continuing to scroll through bad news even if it's saddening, disheartening or depressing.

Some people just don't have the ability to stop or step back from scrolling through social media feeds.

"I've started putting my phone down and turning on do not disturb or limiting my social media use in a day," said Welter who doesn't realize she may be scrolling too much in-the-moment, but said she realizes it afterward.

"In a similar way we are rewarded for eating a candy bar we are also rewarded for being on our screens for using social media," said counselor Melissa Rose.

She said people get a small amount of dopamine when logging onto social media. The positivity feels good short-term but in the long run, it can damage people's health.

"We need to get away from these small little bursts of happy moments and connect more with our family, friends and having experiences," said Rose.

Too much time spent on sites and reading too many worrisome posts can come with stress or anxiety. Experts said that when it comes to taking care of oneself, people need to take care of their mental health too.

However, Rose said people don't need to cut social media out completely. Instead, she said people can set time limits for themselves if they're feeling a negative impact due to their social media use, take breaks and socialize with others.

Twitter's daily use numbers have jumped 24% since the start of the pandemic. Facebook's numbers are up 27%, data analysis shows.