The days are long, and exhausting and amazing for one local family, but the Laceys don't see chaos, they see pure joy! 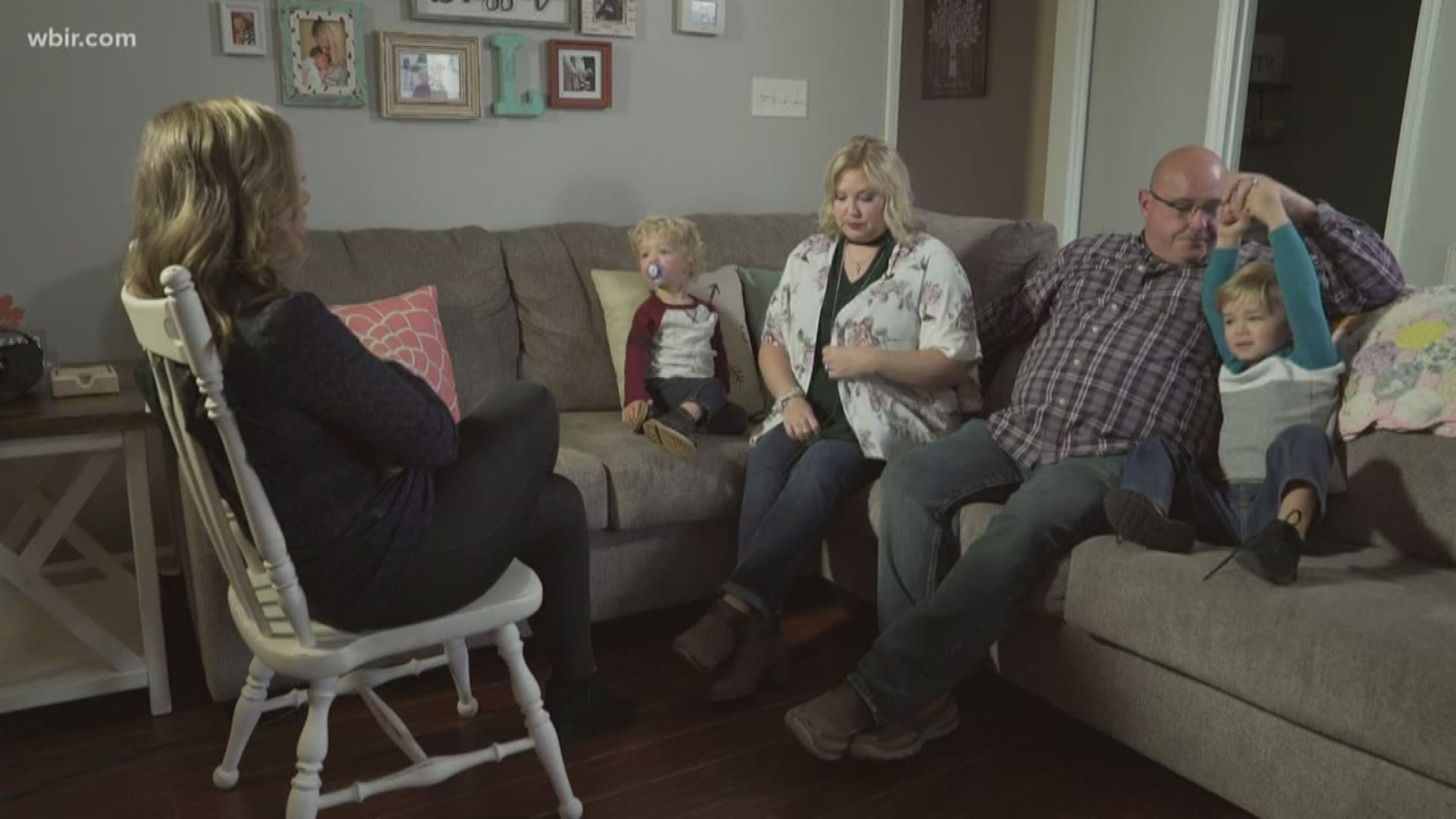 When we decided to do a story on the issue of infertility, 10News Anchor Abby Ham reached out on her Facebook page, looking for a couple to talk to about their struggles. The response was huge.

From that post came an incredible story of a couple who tried almost everything to conceive and then turned to a world-renowned embryo donation center based right here in Knoxville.

The days are long, and exhausting and amazing for one local family, but the Laceys don't see chaos, they see pure joy!

”I had to wait until I was 43 years old to have children I didn't know I was ever going to have. And I don't want to miss one single minute of it,” Jerry Lacey said.

Amber and Jerry tried for the better part of a decade to have a baby.

“It was the hardest, most isolating thing I've ever been through,” Amber Lacey said.

“Watching her upset, knowing that she desired something that I couldn't give her, no matter how hard I tried. There was nothing I could do. It was up to God and medicine,” Jerry Lacey said.

As hard as they tried, they could not pregnant. Not even after two Endometriosis surgeries, fertility drugs, even five IUI's, intrauterine insemination.

But in church one morning, Amber felt called toward domestic adoption and they found a match, a mom who couldn't handle a third child. That also ended in heartache.

“We were in the hospital for 16 hours with the baby in our arms and she changed her mind on us,” Amber Lacey said.

“That was probably one of the worst days of my life,” Jerry Lacey said.

“This is God because the peace that came over me that day and said, ‘Amber, if this perfect plan that you thought was so perfect didn't work out, there is something so much greater‘,” Amber Lacey said.

A friend told her about The National Embryo Donation Center based right here in Knoxville.

Families donate frozen embryos to the center to help other couples.

She met with Dr. Jeffrey Keenan.

They adopted 21 embryos and one worked.

And they are so grateful every single day.

“I will have moments just moments where I'm like, I can't believe this is my life. I never thought I would see this,” said Amber. “His timing is perfect and it will come when it's supposed to come.“