After undergoing rounds of chemotherapy, while awaiting a bone marrow transplant, Brandon Suttles, 37, passed away on Saturday, March 20, 2021. 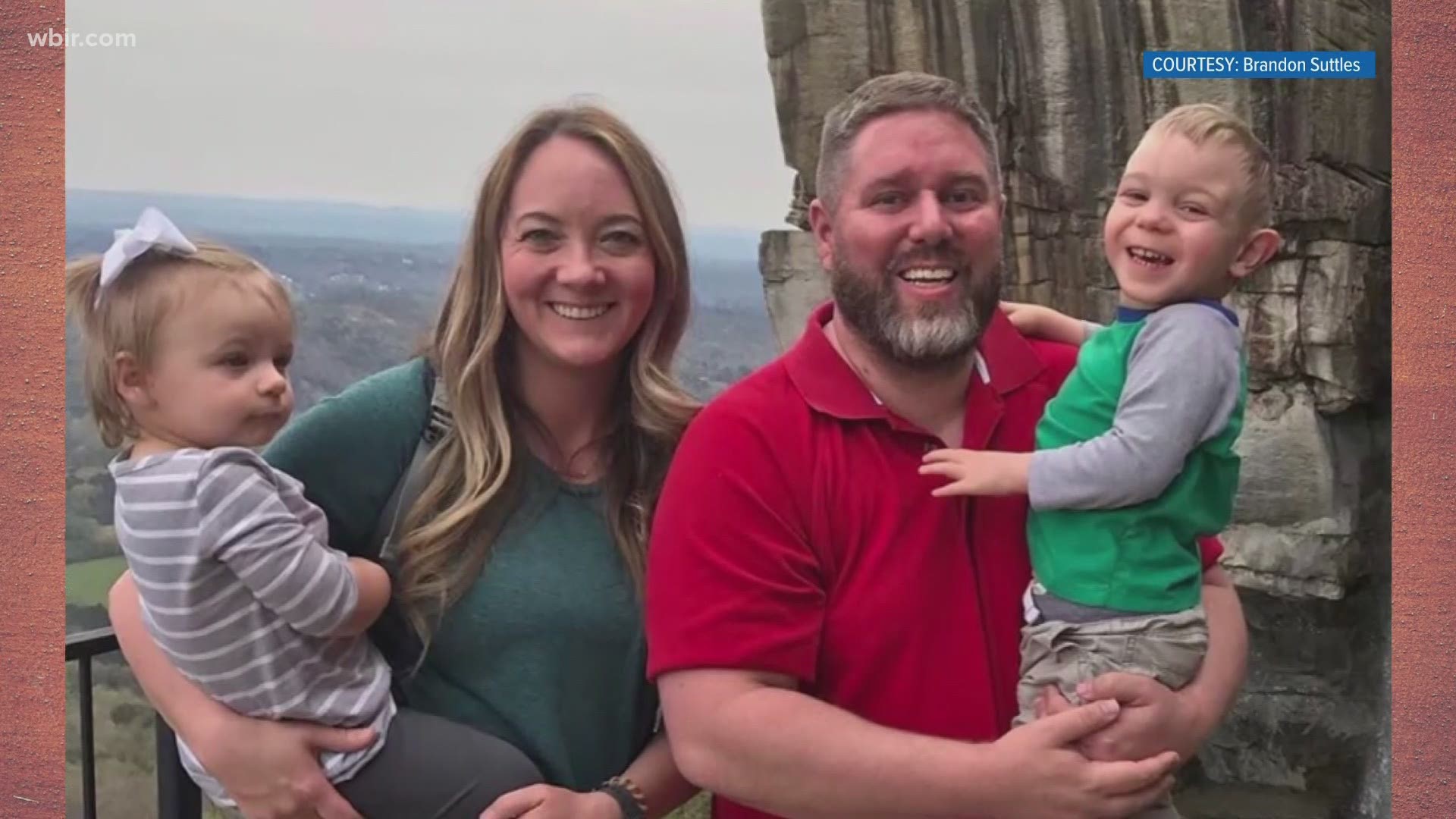 In a tweet, Suttles' wife Brooke said she is thankful for all of the support.

This is Brandon’s wife Brooke. I wanted to let all his followers know that Brandon passed away yesterday. He fought for so long and he is not suffering anymore. Thank you all for supporting my family.

Living through a pandemic is rough on everyone. Imagine how much worse it would be if you were fighting cancer at the same time.

It all started in September 2019 when scheduled a doctor's appointment after losing all his energy doing simple tasks like walking down the hallway.

"At 9:30 that night my doctor called me, which is usually not a good thing when your doctor calls you 9:30 p.m.," said Suttles. "He called me and said, 'hey, your hemoglobin is at 5.8 you need to get to the emergency room now.'"

For reference, the normal range for hemoglobin for men 13.5 to 17.5 grams per deciliter, according to Mayo Clinic.

Suttles drove himself to the hospital that night, not expecting to find himself there time and time again over the next year and a half as he fought cancer.

His first diagnosis was for a type of blood cancer called myelodysplastic syndromes, more commonly known as MDS.

"MDS is a rare blood cancer that causes your bone marrow to attack your cells," said Suttles.

His father died from that exact cancer almost 14 years ago.

A few months after his MDS diagnosis, Suttles, 37, was diagnosed with leukemia.

He's undergoing rounds of chemotherapy, waiting for his blood levels to be stable enough for a bone marrow transplant.

Suttles is now an advocate for bone marrow donors, after learning through his process that people of color are much less likely to find a match.

He encourages anyone who can to join the donor registry at bethematch.org.

Though he's hopeful he should find a match and get a transplant soon, Suttles said some days it's still hard to stay positive.

"It's a roller coaster, all the time," said Suttles. "And you know, sometimes you just have to sit back and take it all in and enjoy the ride, even though it's a bad ride."

That bad ride made worse having to fight this battle during a pandemic.

Suttles started wearing face masks and gloves months before the rest of us, as a way to protect his immune system.

"I was a little relieved, not relieved when COVID hit, but I was like hey everybody's gonna look like me now," he said.

But being at the peak of his diagnoses at the same time as the start of the pandemic, there was a lot of loneliness.

"Being up at Vanderbilt, I was stuck alone when they had no visitors," said Suttles. "I was there for over a week and I had to have surgery on top of that and I had no family members that were allowed to come in at all."

Luckily he had some great nurses, who Suttles, a big horror movie fan, had some fun pranking, sneaking up to them wearing a mask from the movie 'Halloween.'

While he kept entertained, Suttles had some rough days alone, missing the family he's fighting for.

His wife Brook, son Harrison, 5 and daughter Delaney, 3, are who keep him going every day.

After a 61 day stint at UT Medical Center, Suttles just saw his kids again for the first time.

If you need help smiling today, just watch my kids reaction to seeing me at home after 61 days in the hospital. @wbir pic.twitter.com/UtD1P4uFh4

"I'll never forget it. It is one of the best moments in my life hands down," he said.

His son had several surgeries before the age of four, so Suttles isn't new to the hospital scene, but it's different alone.

And previously, when he spent nearly two weeks at Vanderbilt, his daughter didn't fully remember him when he came home.

This time, he was greeted with two big hugs.

As he starts another round of chemo at UT, he's glad to have the sweet moment on video to watch when the days get hard.

"There's nothing like the love of your child to make things work."