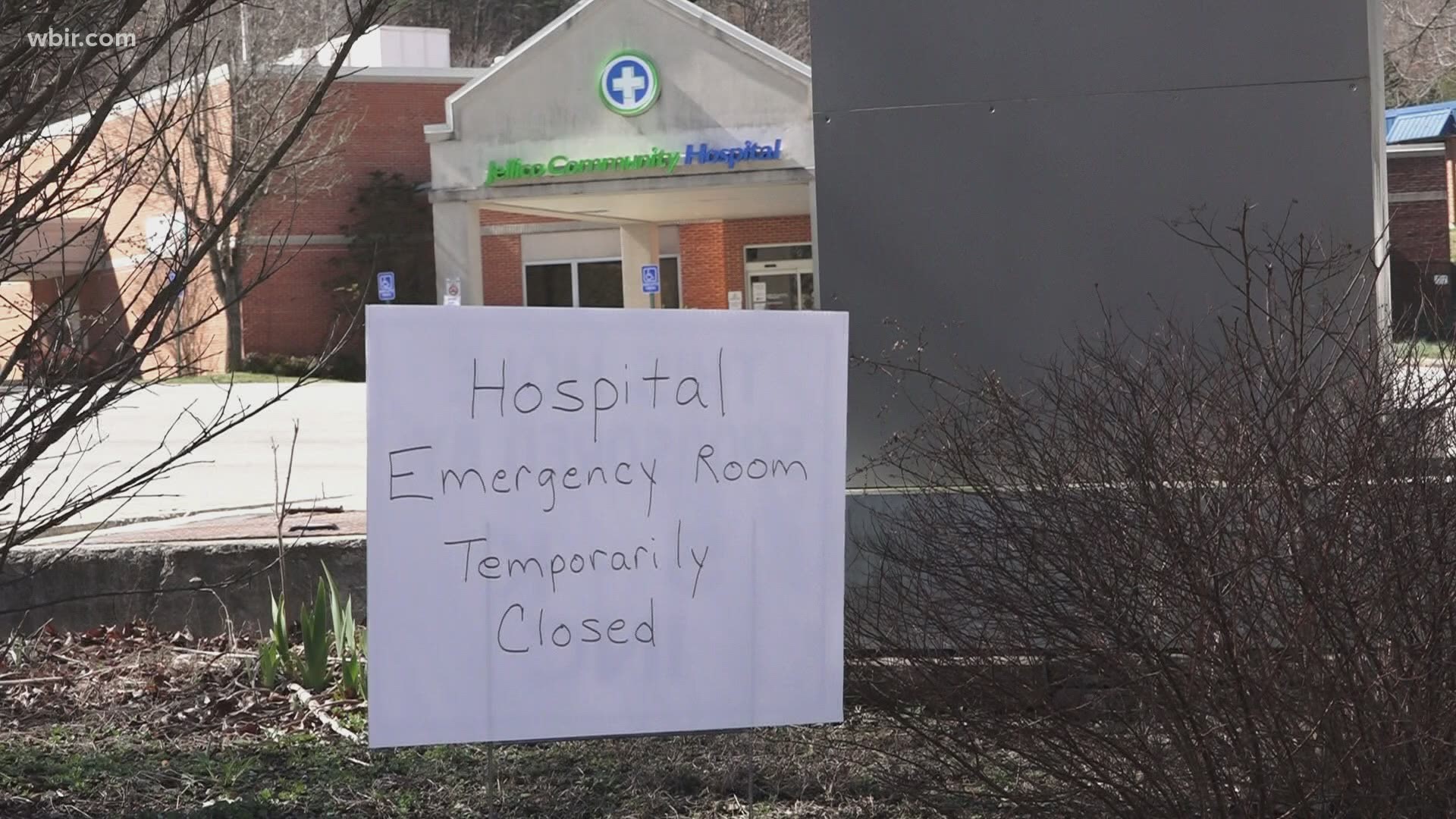 JELLICO, Tenn. — The only hospital in Jellico is closed, days after the city council voted to kick out operator Rennova last week, the company's CEO said Tuesday.

The facility had not admitted a patient since late November, the Jellico mayor said. He said its emergency room closed at 7 o'clock Monday morning, leaving the town on the Kentucky state line without an emergency medical facility.

"Repercussions of the decision made by the City of Jellico at last week's public Board meeting mean it is no longer viable for Rennova Health, Inc. to consider the financial support or investment needed for Jellico hospital to continue to operate in any capacity on a daily basis," Rennova CEO Seamus Lagan said in a statement.

Lagan said the facility stopped operations Monday morning and will comply with the city's order to vacate.

Credit: Dwight Osborn
A closed sign on the emergency room door of the Jellico Community Hospital.

The Campbell County Ambulance service said it was told not to bring patients to the Jellico ER as of Monday morning. Jellico Mayor Dwight Osborn said the long drive to the next nearest hospital—in Lafollette or Kentucky—is a concern.

"But we'll get through this and improve the medical situation in Jellico to get where we need to be," he said. He said the city is current looking for other providers to run the hospital.

The city attorney previously told 10News the long-troubled hospital company had breached the terms of its contract at the city-owned site by not fulfilling its obligation to operate as a general acute care hospital.

“I kind of tend to agree with the mayor," Elizabeth Burrell said. "It is kind of a fancy urgent care.”

"The city [council] doesn’t feel like the current operator is offering the services they are required to under the contract," she said. "They believe they want a hospital in Jellico that can help its citizens.”

During its time in Tennessee, Rennova has faced enormous financial difficulty. In a June financial filing with the Securities and Exchange Commission, it said owed $49 million and spent $2 for every $1 the company took in.

The company's business plan is based on its ability to create efficiencies across its hospital sites, however, its only functioning location is now the Big South Fork Regional Medical Center in Oneida.