Knox Co. seeing fewer confirmed suicides so far in 2020 than recent years past

Forensic Center data shows Knox County has seen fewer confirmed suicides so far than in years past after addressing an alarming 2-day spike in late March. 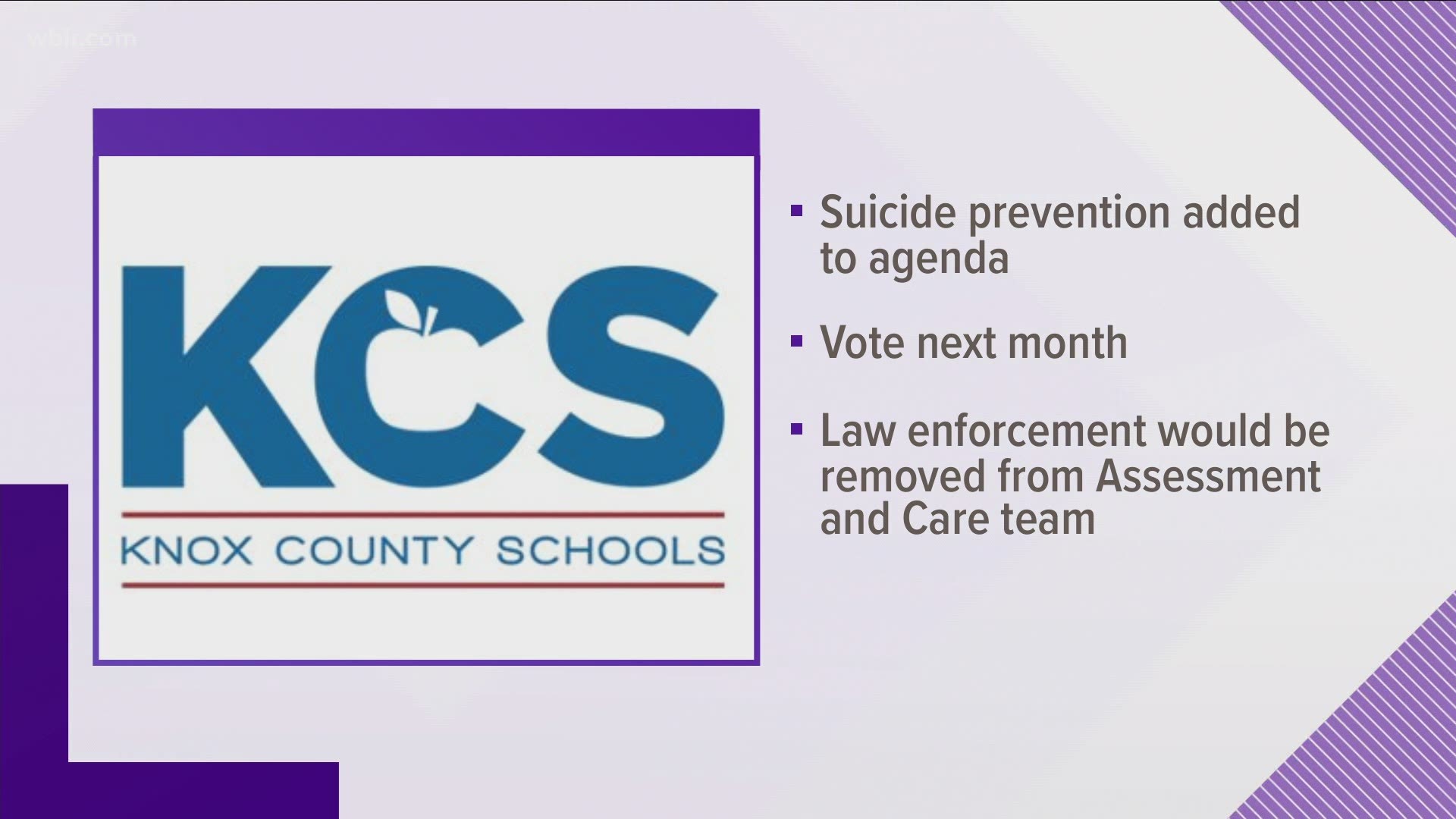 Going month-by-month, Knox County has not seen any months so far with significantly higher numbers of confirmed suicides compared to previous years. Some months, such as June and July, were slightly higher than other years, though. The worst month for suicides in 2020 so far has been July, which saw 11 confirmed suicides. However, July has consistently been one of the worst months for suicides in Knox County when looking at previous years.

Thomas said there are still pending cases, so these numbers could change if more suicides are confirmed.

According to the National Institute of Mental Health, suicide rates have continued to increase since the late 1990s and it has become one of the top 10 leading causes of death across the United States. In 2018, which is the most recent data year available nationally, it was the tenth-leading cause of death with more than 48,000 suicides -- behind kidney disease (51,000), influenza and pneumonia (59,000), and diabetes (85,000). Heart disease (655,000) and cancer (599,000) remain the two greatest leading causes of death in the U.S.

Suicide, mental health and addiction have been points of serious concern during the COVID-19 pandemic, in particular, as health experts and leaders worry job losses and isolation are aggravating feelings of "desperation and despair" in people. To worsen matters, outreach agencies dedicated to helping people struggling with these issues have faced obstacles trying to identify people in need of help during the pandemic.

RELATED: More people have died of suspected drug overdoses this year in Knox County than all of 2019 combined

"When people isolate and they don't have that accountability, you usually see people relapse and drug use go up," said Karen Pershing, Executive Director of the Metro Drug Coalition.

However, the challenges posed by the pandemic also appear to be heightening public awareness and action to address these problems. There has also been a noticeable trend in recent months with people working to publicly remove some of the stigmas surrounding mental health -- particularly encouraging people to be open with loved ones to discuss their own mental health instead of suffering in silence.

Crisis Text Line: Text TN to 741741 if you're struggling with thoughts of suicide.

Additionally, the peer recovery call center is available in East Tennessee, where those who answer the hotline have first-hand experience in the area.