The Knox County Board of Health met on Wednesday and voted to extend the 11 p.m. bar curfew, and a limit on the size of gatherings. 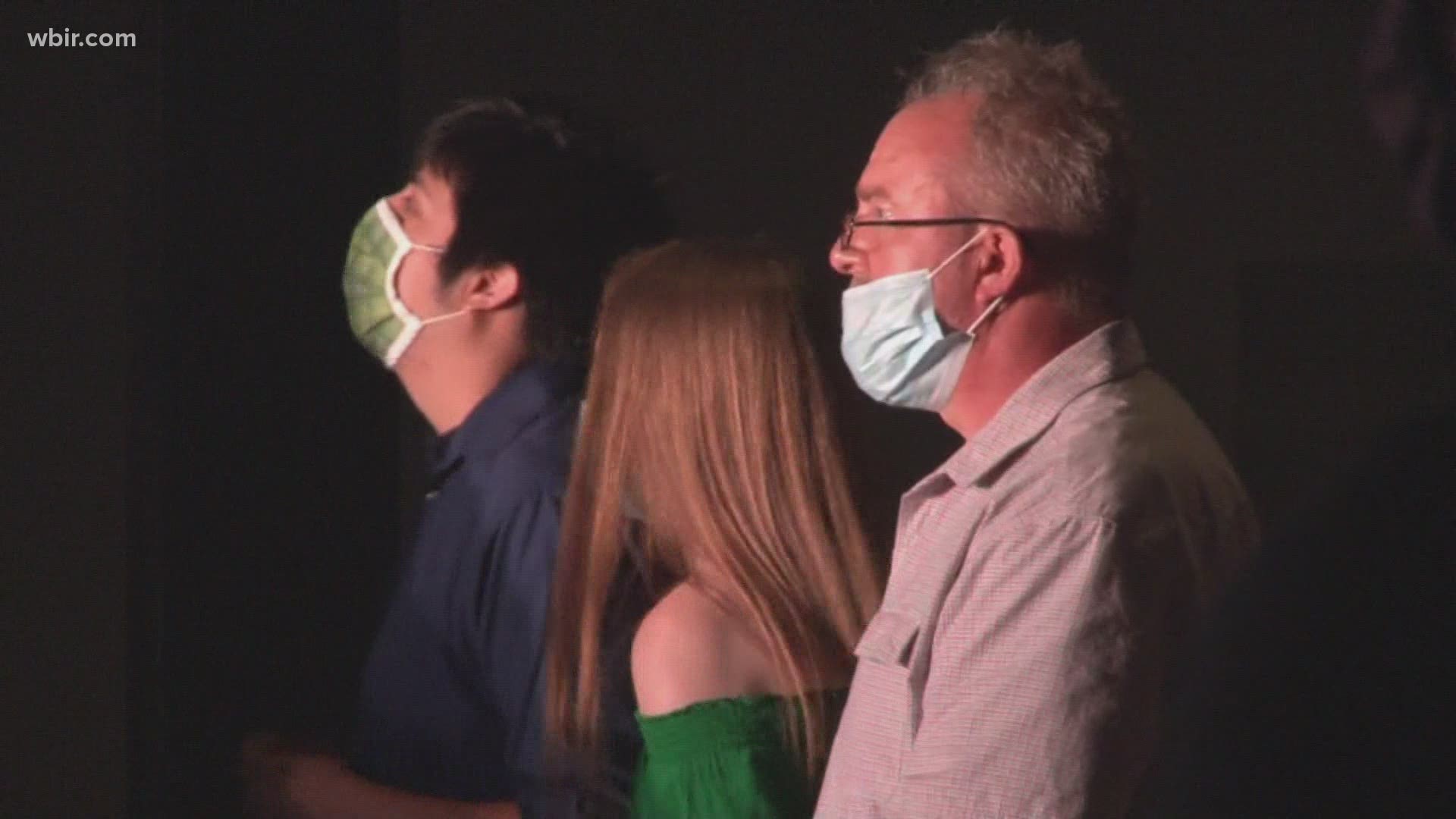 KNOXVILLE, Tenn. — The Knox County Board of Health voted to extend the 11 p.m. bar curfew in Knox County on Wednesday, 8 - 1. Knox County Mayor Glenn Jacobs voted against the extension.

The board said that they would extend the curfew until Governor Bill Lee's State of Emergency guidelines expires on Oct. 30. The governor can choose to extend the guidelines for longer.

The curfew requires all establishments offering on-premise consumption of alcoholic beverages or beer to close by 11 p.m. The Knoxville Police Department said they did not issue any citations due to curfew violations in the board's previous meeting.

The board also voted 8 - 1 to extend an order recommending that social gatherings be limited to 25 people. It is set to expire at the same time as the bar curfew. Jacobs also voted against the extension.

Board votes to extend 25 person social gathering limit for two more weeks to match up with the alcohol curfew. It passes 8-1.#WBIR

Dr. Matt Harris from the University of Tennessee also appeared how the board's policies could affect the economics of the area. He said that a lot of consumer spending rose in Knox County, despite high rates of unemployment claims.

"Individuals changed the way they spend money and time, in response to the pandemic," Harris said.

He said that sales tax receipts rose by 13% in Knox County and that retail sales are up, sporting goods and hobby sales are up and so are grocery store sales. Harris said that wearing masks have been shown to improve GDP, and warned that getting rid of the mask mandate could lead to people avoiding going to businesses.

"There are trade-offs to the choices we make, and not all consequences to those trade-offs are obvious but they must be considered," he said.

Overall, Harris says there are trade offs for the choices they make. He says research shows masks are helping people stay away from avoidance behavior and instead go out and spend their money where they feel safe. #WBIR

“We are not making these decisions in an Ivory Tower or a bubble," Maria Hurt, a board member, said. "It is helpful to have someone with a different perspective contribute to our decision.”

The Board of Health also discussed community metrics that may be used when deciding to loosen or tighten restrictions, in response to developments in the COVID-19 pandemic. Dr. Martha Buchanan suggested extending the amount of time metrics would rise before the board would consider tightening restrictions.

They said they would vote on the new metrics during the next meeting after they had more time to research the metrics and improve them.

They also discussed creating a health advisory board, and whether they should create guidelines for meeting in-person in the event of an emergency, instead of meeting virtually.

Hospitalizations reached a record high this week, board members said.

"The hospital systems are watching this growth in hospitalizations closely and we are in frequent communication," said Dr. James Shamiyeh.

But at what point will elective surgeries be canceled?  Shamiyeh said we're not yet at that point, as the benchmark is still yellow instead of red. At the red benchmark, medical facilities would be too burdened to provide non-emergency services, he said.

He said staffing issues are what cause the problems.

"It's not a space issue, or about wanting to house more patients whether they have COVID or don't," he said.

The next Knox County Board of Health meeting is scheduled for Oct. 28.