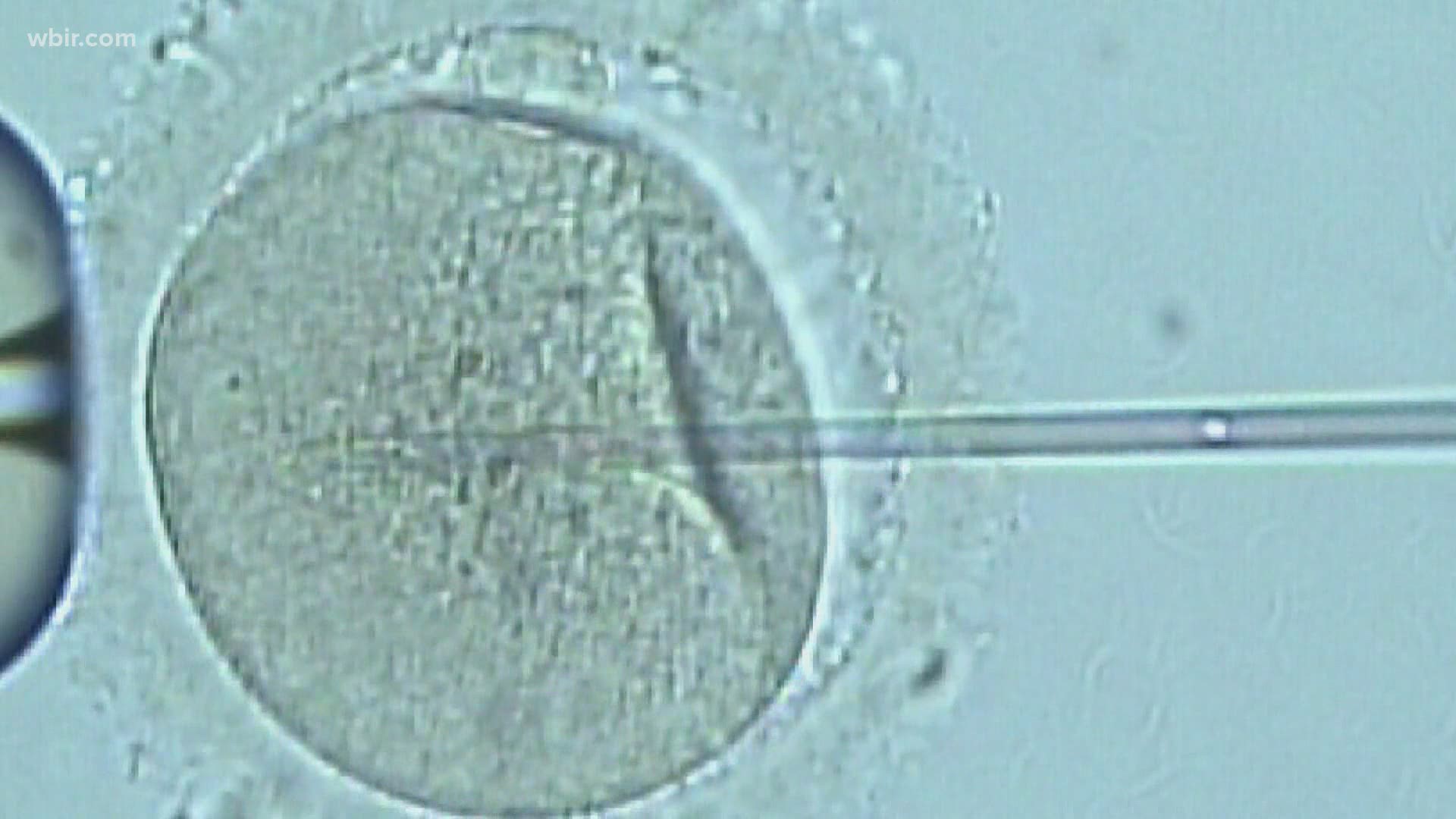 KNOXVILLE, Tenn. — The pandemic set back a lot of medical appointments last year, especially infertility treatments. Many women missed crucial in-person appointments due to cancellations and concerns about the coronavirus.

One Knox County woman described it as a roller coaster coming with emotional and physical exhaustion.

"It was devastating to think we finally have this plan and we're getting started and moving in the right direction, only to have the rug pulled out from under you," said Cassie Devente.

She turned to in-vitro fertilization a few years ago after finding out she and her husband could not conceive on their own.

She successfully delivered a baby boy. Soon after, she realized she wanted one more child.

In early March, she underwent surgery for another infertility treatment. She said that the highest chances of conception are in the few months after surgery, so she did not want to hesitate.

But a week later, the shutdowns started and her appointments were canceled.

"Then the next week they call you and say, 'oh we don't know what we're going to do or when we can do anything,'" she said.

The window of opportunity was closing, not only with treatments but with age.

Devente started treatments again in May. By August, she quit her job because of safety concerns. After multiple failed attempts, she stopped.

"We hit a point in September where we were mentally exhausted, physically and emotionally," she said.

A few months later, she said that she is ready to try IVF treatments again but worries about risking everything.

"Do we risk moving forward and there being another lockdown and we lose out on this cycle, or hope and pray that doesn't happen and we move forward and get pregnant," she said.

She said that the cycle has been draining because of the pandemic, but also said that it is worth it.

One-in-six couples are affected by infertility in the U.S. Organizations like Tennessee Fertility Advocates help provide resources and support.