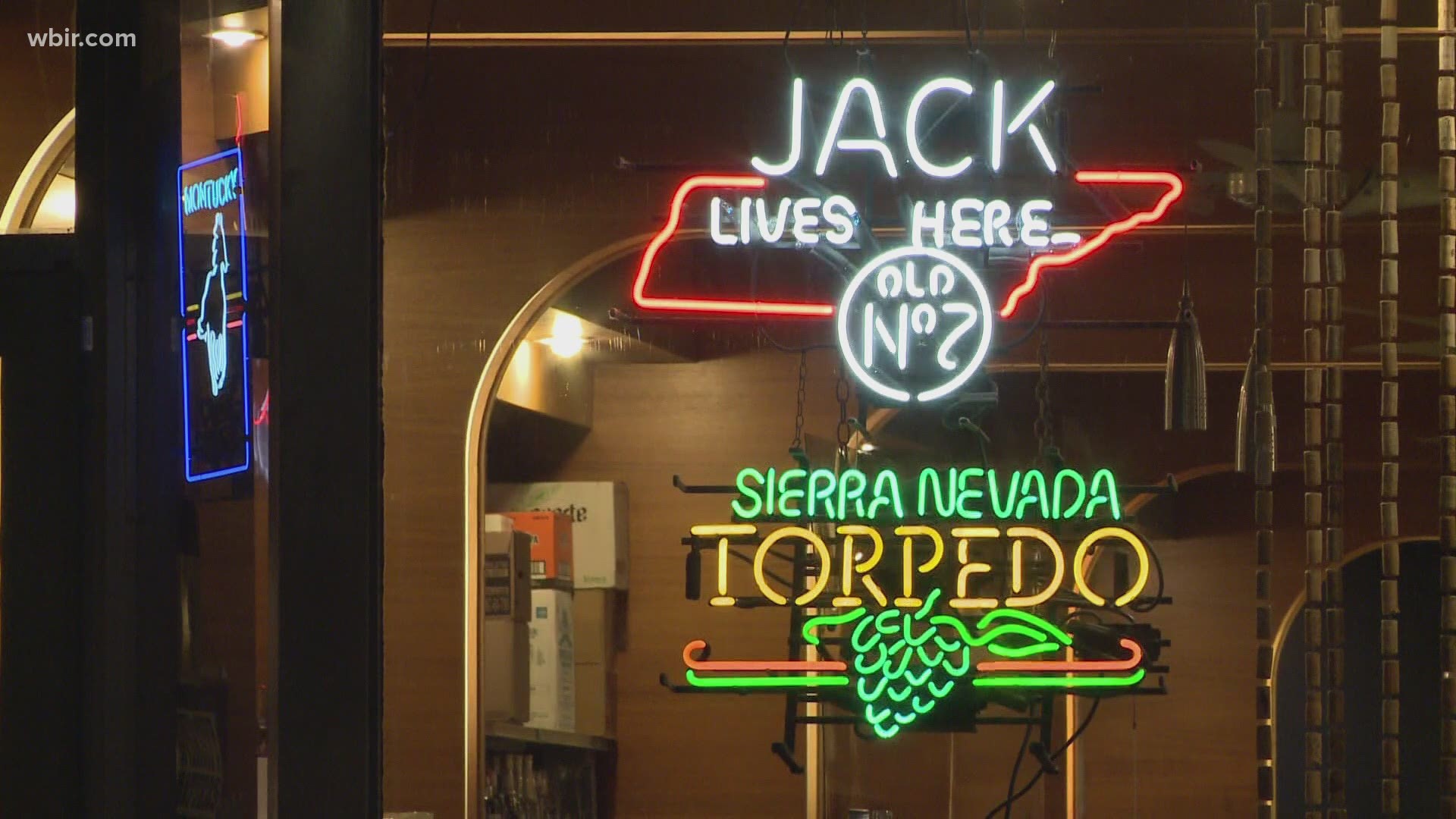 By order of the Knox County Board of Health, businesses that serve alcohol are supposed to close at 11 p.m. But not everyone is complying with that order.

"The virus is transmitted from person to person when we get close to each other," said Dr. David Aronoff, Director of the Division of Infectious Disease at Vanderbilt University Medical Center. "Anytime people are gathering and alcohol or other mind-altering substances are involved, then sometimes we let our guard down."

He said people may start getting closer together or stop wearing masks. Louder environments with music could mean people talking louder to be heard.

"It's under those circumstances that we are increasing the likelihood that virus transmission can occur," Dr. Aronoff said. "I think that's what the motivation for these curfews is all about."

"In speaking with both the Health Department and law enforcement, it’s clear that most businesses are working hard to follow public health guidelines and keep employees and patrons safe. This is good for our economy and good for our community," Mayor Indya Kincannon said in a statement to 10News. "Unfortunately, a small but increasing number of businesses are choosing to ignore the curfew restrictions set in place by the Board of Health. This is not okay."

The proposals passed on an 8-1 vote. Janet Testerman voted against them.

The ordinances "would enable a new enforcement pathway centered around civil citations with potential revocation of beer permits for businesses that repeatedly fail to comply with the operating restrictions issued by the Board of Health," Kincannon said.

Kincannon said this would make the enforcement of these orders civil instead of criminal.

"There are several advantages to this approach. First, under current regulation, enforcement of the Board of Health curfew is an issue of criminal law. The proposed ordinances would rely on civil, rather than criminal, penalties. Second, the proposed ordinance would more appropriately match the potential enforcement action — revocation of a beer permit — against the beer permit holder, rather than citations against individuals," she said.

Ordinances brought before City Council usually must pass on two readings. However, the proposals were filed as emergency ordinances and so went into effect immediately after the council voted on them.

"Navigating the COVID-19 pandemic is a new challenge for all of us. We look forward to having a thoughtful discussion with City Council, which also serves as the Beer Board, about whether this is an appropriate step for our community,” Kincannon said.