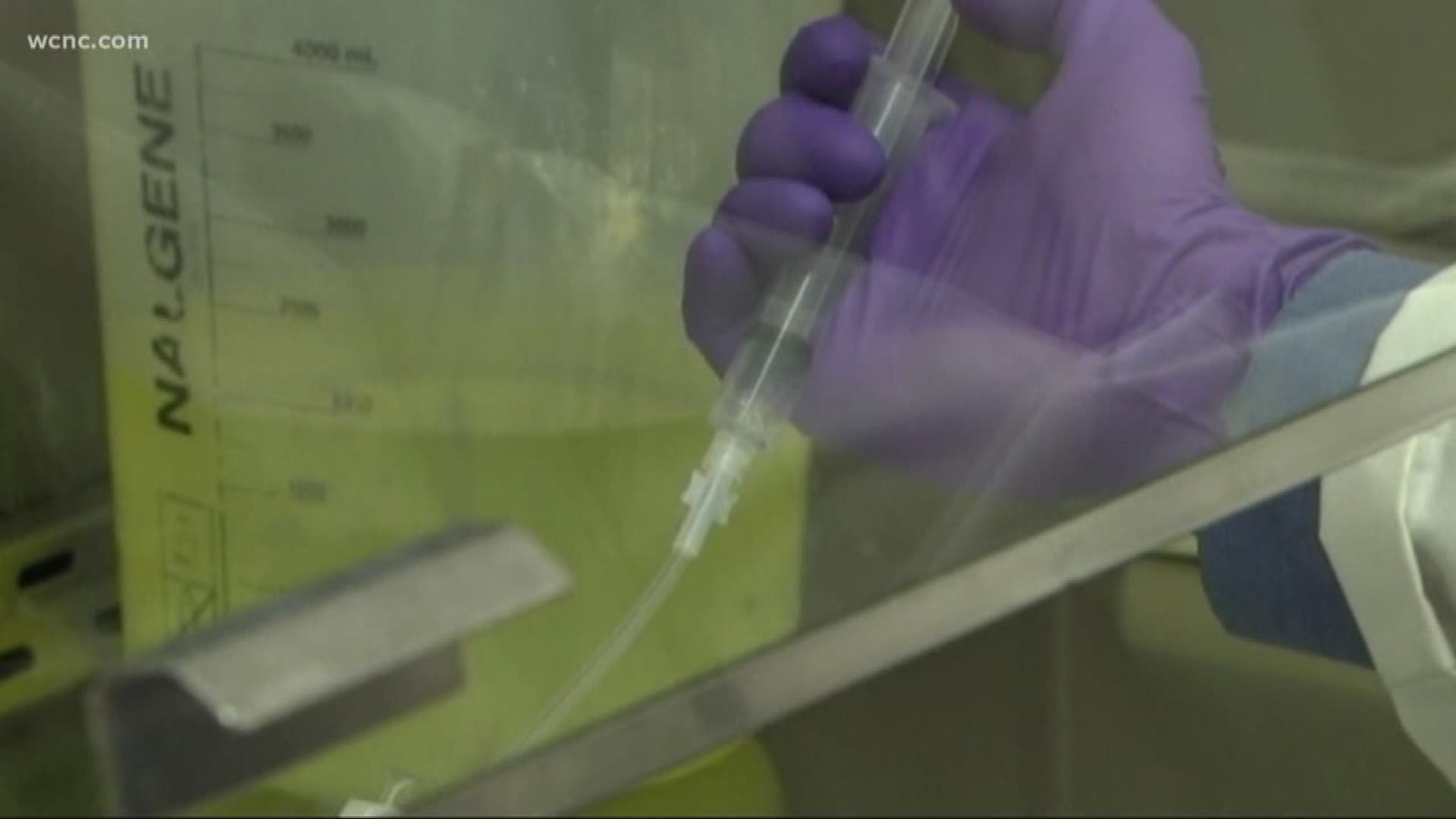 Researchers and scientists say a brand new vaccine has eliminated "all traces of cancer" in 97 percent of tested laboratory mice. Those animals were cured of lymphoma tumors.

"To have something like this come out with low side effects is exactly what every parent wants," said Erin Santos, the Founder of the Isabella Santos Foundation.

A Stanford study is giving millions across the globe just like Erin Santos hope.

"Cancer has changed my life completely. It has put me on a road and my family on a path that we never thought we'd go down," said Santos.

That path full of uncertainty is the same tens of millions of people struggle with every day. Now, scientists say they discovered a new cancer "vaccine" that eliminated all traces of cancer after being injected in lab mice. During testing, 87 of 90 mice were cured of lymphoma tumors. Even in three that had recurrences, a second treatment caused the cancer to regress.

"I think about cancer every day that's not something I ever thought would be my life," said Santos.

For Erin words can't describe what a possible cure for cancer would mean.

"Treatments that they say is like watching your child being set on fire," said Santos. "It's unreal to watch your kids go through that. So to have something like this come out, with low-side effects, it's exactly what every parent wants."

Erin is one of those parents.

"Isabella was two when she was diagnosed with neuroblastoma and she passed away at seven," said Santos.

"It still gets me," said Santos. "March 9 will be her 13th birthday and still talking about it is it's still very fresh."