Portland man shares warning about vaping after being hospitalized

During dinner with his friends last Sunday, Justin Wilson collapsed from 'vaping toxicity.' His lips turned blue, his face turned purple and he couldn't breathe. 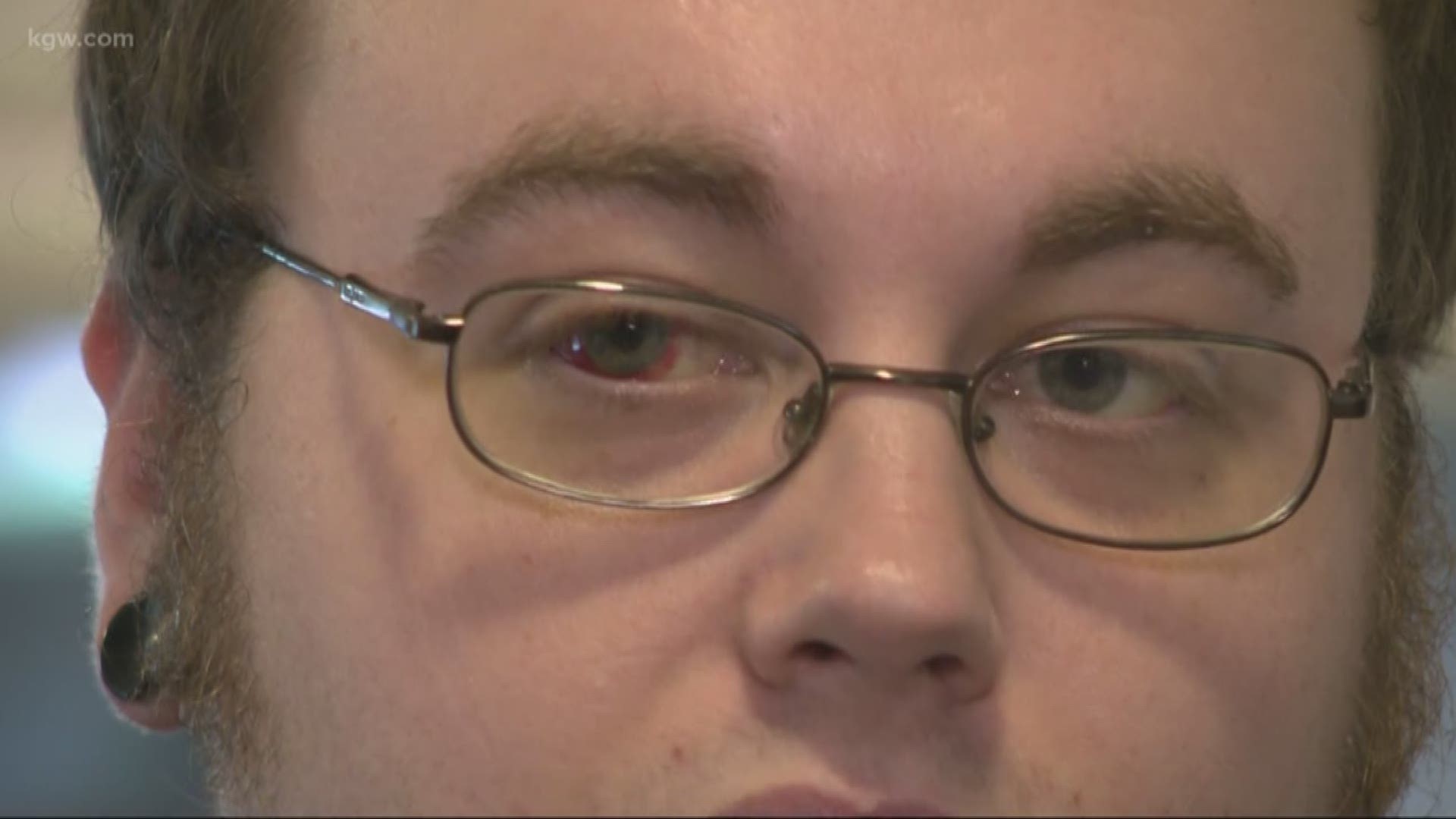 PORTLAND, Ore. — A Portland family is pleading with anyone who vapes to stop immediately.

Justin Wilson was released from the hospital Sunday after spending a week in the ICU, hooked up to a ventilator and barely hanging on for life. He and his family blame vaping.

We've reported on the nationwide outbreak of lung problems linked to vaping and are now hearing first-hand just how dangerous it is.

Justin and his dad, Jake Wilson, want to shout it from a mountaintop: If you vape, or someone you love does, stop now. Justin’s case was so serious, his family says he almost died.

Justin stopped smoking and started vaping about a year ago, thinking it was safer. He vapes almost constantly with a Juul and uses on-brand and off-brand pods. Justin also vapes THC about once or twice a week - not nearly as much as he uses his Juul.

RELATED: Juul warned by FDA over claims its e-cigarette is safer than smoking

“There's no way smoke will ever touch my lungs again,” Justin said.

The 25-year-old also works in a vape shop, where he had been encouraging smokers to quit and cross over.

Here we are, the day after Justin was released from the hospital.

"At first we weren't sure he was going to make it," his dad said. "The first hospital we went to they asked me if I wanted a chaplain. That's when my heart sank.”

Justin has asthma and has needed his inhaler more and more the last few months. Recently, he would take it around 20 times a day.

Then during dinner with his friends last Sunday, he collapsed; his lips turned blue and his face turned purple and he couldn't breathe.

“All my bronchioles had sealed up. I was intaking zero oxygen,” Justin said.

His friends called 911 and paramedics rushed him to a nearby hospital.

“If he hadn't had friends with him, he wouldn't be here right now. Had he been alone in that room, he would have died,” Jake added.

Doctors tried treating the asthma and opening up his airways but nothing worked. Then they learned it wasn’t related to that.

Justin was put in a medically-induced coma and a team of specialists worked relentlessly to breathe for him for hours. Eventually he was hooked to a special ventilator to stay alive. About mid-way through the week, doctors woke him up.

“We weren’t sure exactly how long he’d gone with low oxygen. We weren’t sure what was going to happen when they woke him up, we didn’t know if he was there,” Jake said, ”So to see him wiggle his toes, give a thumbs-up, and the first time he spoke words--I mean it was just ‘OK’, that’s what he said--we were like, 'Oh my gosh he’s there, thank God.'”

The family says doctors told them Juustin had "vaping toxicity".

Physicians in the hospital explained his lungs were filling up with liquid.

“When you initially draw off an e-liquid device, the coil doesn’t get as hot as it’s supposed to so you straight pull liquid into your lungs,” Justin explained, "and that coats the lipids and so your lungs just get full of all these crazy liquids that aren’t supposed to be in there.”

His dad says it was a horrifying experience; he thought vaping was safer than smoking, but no longer.

“I was really happy when he quit smoking and started vaping. Now I’m not so sure that I think it’s any safer at all,” he added.

As Justin recovers at home, happy to be on his own two feet and breathing on his own, he and his family are sending a strong message: Be careful with vaping. Don't risk it.

Justin is undertaking an after care program through the hospital, but says because vaping is still relatively new and this outbreak of illnesses is so recent, doctors don't know how his illness will affect him in the long term.

"Even with cigarette smokers, not everyone who smokes cigarettes gets lung issues. But, I mean, there’s that chance. And people just don’t know right now with vaping,” he said. “It’s so fresh and so new that even my doctors with after care, they don’t know. I could be fine, that could be it, I could be done, this could all reset in a week, or it could all happen again. I don’t know.”

The Wilsons also believe there needs to be better regulation of vaping devices and pods, both on-brand and off-brand sold in stores.

They set up a GoFundMe to help pay for his costly medication.

Justin is one of hundreds in the country hospitalized with severe lung disease linked to vaping.

The FDA, CDC and state health departments are investigating this nation-wide outbreak. As of last Friday, more than 450 people in 33 states have reported vaping-related illnesses, according to the CDC. Five people across five states have died from those illnesses, including someone here in Oregon.

While investigators work to find out exactly what's causing this epidemic they recommend people stop vaping and mainly avoid products with THC. They’re following any potential leads, including the presence of Vitamin E acetate found in many sick patients’ samples with THC.

The FDA advises until they pinpoint a cause or pattern people should avoid buying vaping products of any kind on the street, stop using THC oil or modifying or adding anything to legitimate products.