The governor said his decision came from separating politics and medical coverage. 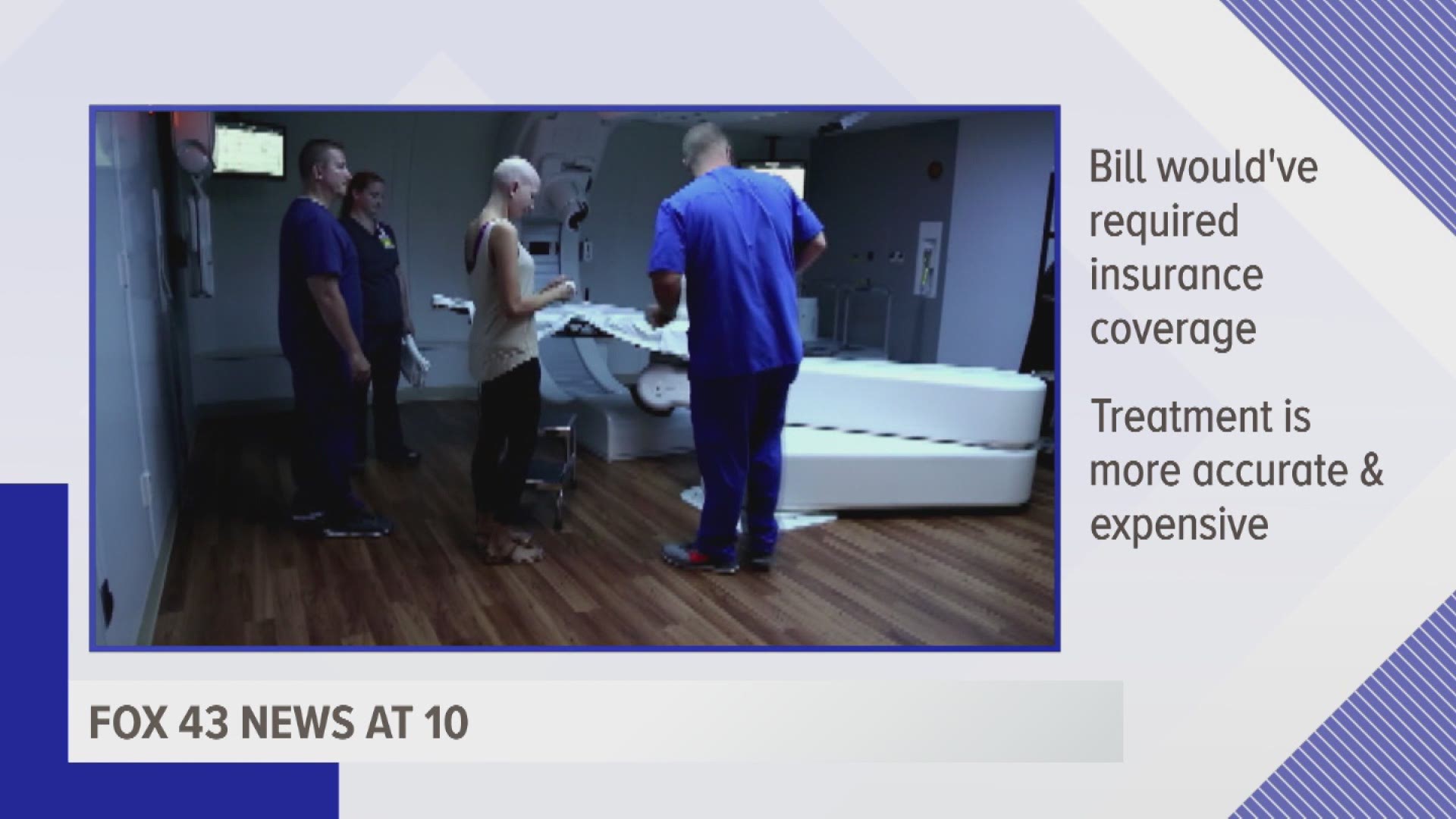 KNOXVILLE — The president of a Knoxville-based cancer treatment company is expressing disappointment with Gov. Bill Haslam's veto of a bill that would require insurance companies to cover state employees for proton therapy cancer treatment.

Proton therapy is an alternative form of cancer treatment that claims to be more accurate and efficient, offering less risk to surrounding organs when treating a solid tumor. It's also more expensive than other types of treatment.

“We’re disappointed. We’ve been at this legislative effort for five years," said Tom Welch, president of Provision CARES Proton Therapy Center. His company stood to benefit from the bill.

Provision currently provides proton therapy to about 600 patients a year. However, the bill could have significantly increased that number by offering more than 400,000 state employees insurance coverage for proton therapy.

The bill easily passed the Senate in a 29-1 vote, and the House by a margin of 82-13. Haslam vetoed it on Thursday, though, marking only the fifth time he's used his veto power during nearly eight years in office.

The governor said his decision came from separating politics and medical coverage.

"I don't think the political process is a good way to decide what we're going to cover," Haslam said.

Welch disagreed, saying the therapy, which experts consider more effective and efficient than traditional radiation, should be a patient right under insurance.

“Why would you not provide state of the art cancer treatment to your employees when it costs you nothing to do it?” he said.

Haslam said this is the way his office has treated any bill trying to make medical coverage a political mandate.

"Obviously this wasn't about this company," he told 10News during an event in Knoxville Thursday night. "I know the people, they're great people, but this is about the right way and the wrong way to approve a medical procedure."

Welch said his company plans to lobby the Lt. Governor and Speaker of the House to call for a veto override session.