Rides may be down, but people in wheelchairs say scooters are still in the way

The city said the number of riders has dropped more than 75 percent -- and complaints are down, too. 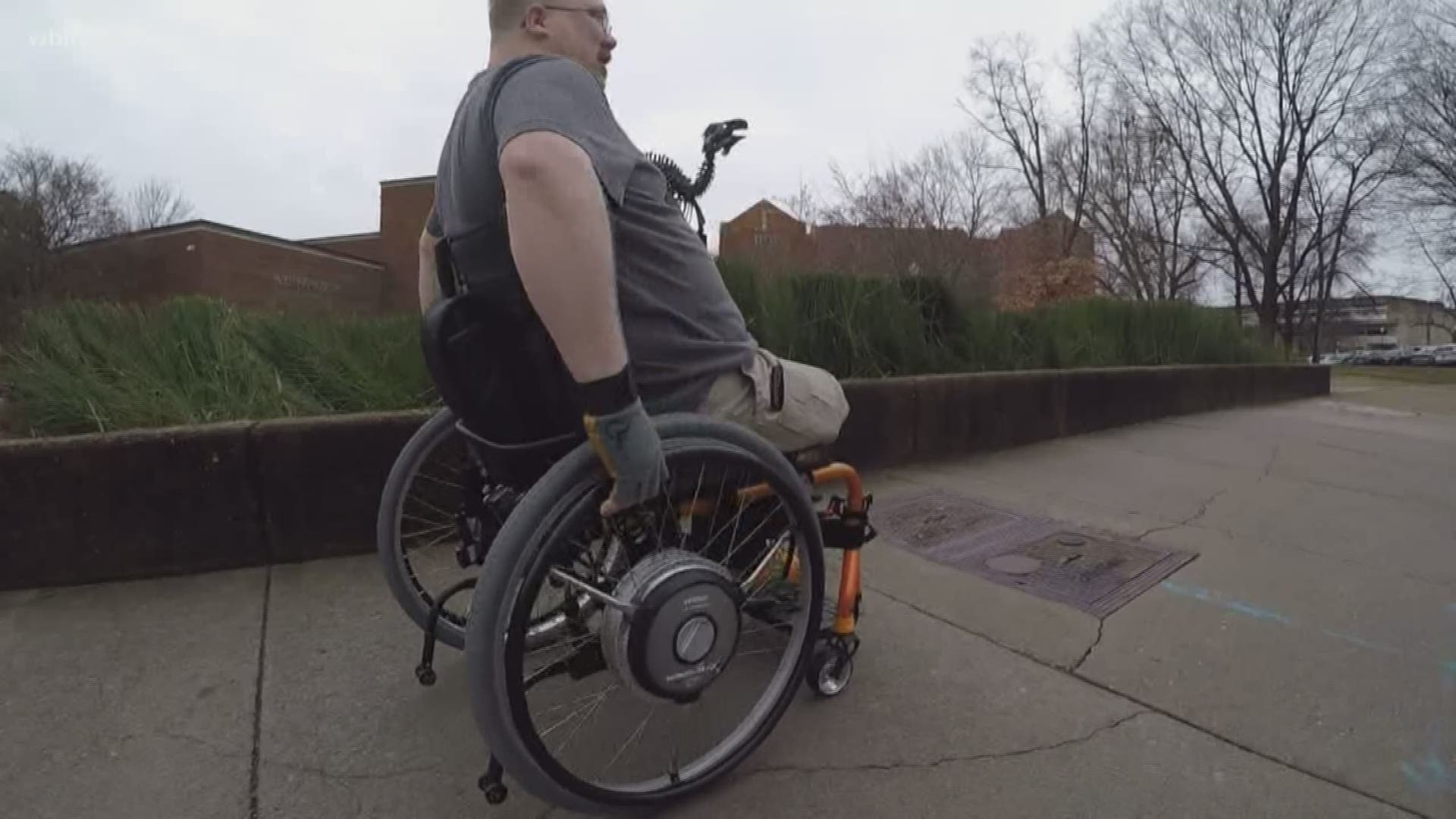 Scooter rides in Knoxville are down from their peak, but the two-wheelers are still ending up in the way.

For Travis Bryan, it's more than an inconvenience.

"For most people it's not a problem, they don't think about it because why would they?" he asked.

Bryan has been in a wheelchair since a chronic knee injury led to an amputation in May. He said there's a lot that's difficult about living without two legs, but maneuvering around discarded scooters is the icing on the cake.

"It’s like of course there’s one more thing, we’ve got scooters."

City Deputy Chief of Operations Chip Barry said most of the few complaints the city gets are about scooter parking. The city has started asking the scooter companies to check specific areas where they're often parked wrong -- the Cumberland Strip and University of Tennessee are prime spots. They're often found first thing in the morning after late-night rides.

The city says if you see a scooter parked poorly, you can report it. Spin, one of the scooter companies, allows reports to be made directly in the app without pre-registering. The company can use the scooter's QR-code to fine the person who left it there. If it's a repeat offense, the user can be banned.

But that doesn't move the scooters out of Bryan's way. He can't ride them, but he has a message for people who do.

In an email to 10News, Barry said, "Peak ridership was in May when we launched at about 47,000 rides for both companies, combined."

Since then, the city has seen rides decrease--in part due to cold, dark and dreary winter weather. "We don’t have final numbers for December yet," he said. "But we will be closer to 10,000 rides."