Sleep deprivation can put your teen's life at risk. Here's how you can help them

Teens need 8-10 hours of sleep per night, but studies suggest most do not, which carries health concerns including an increased risk of suicidal thoughts. 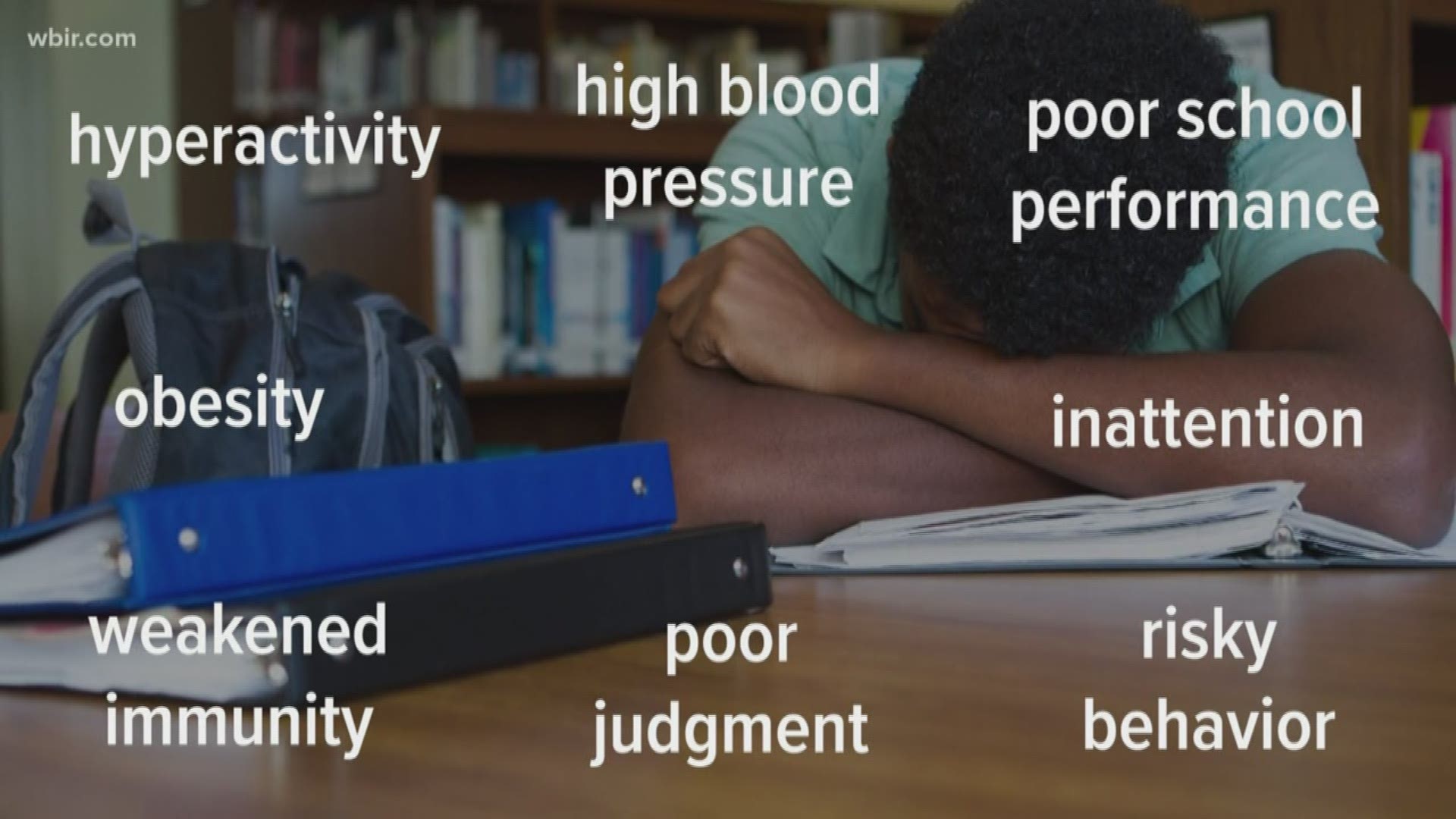 KNOXVILLE, Tenn. — Three Farragut mothers shared their heartache after losing their teenagers to suicide. They helped us begin a discussion about the harsh reality affecting young people across East Tennessee.

We set out to continue the conversation by digging into one common thread between all three of their stories: sleep deprivation.

READ THEIR STORIES: The Reality of Suicide

Credit: Candace Bannister
Will Bannister was a sophomore at Farragut High School when he died in April 2017.

"We made an appointment and met with his pediatrician just five days before he took his life," Bannister said. "His doctor said, 'I just don't think he's getting enough sleep at night.'"

Kristina Thiagarajan said her son, Kailash, would often stay up late to meet his high academic expectations for himself.

Credit: Kristina Thiagarajan
Kai Thiagarajan was a freshman at the University of Tennessee and the former student body president at Farragut High when he died by suicide in March 2019.

"There was one night that he didn’t even go to sleep and I put my foot down and said, 'you cannot perform well if you don’t have enough sleep,'" Thiagarajan said.

Credit: Monica Gouffon
Sasha McElveen, a new graduate from Farragut, was a freshman at Appalachia State in Boone, N.C. when she died by suicide in January 2019.

"Once I could tell she hadn’t slept, I’d have to force her to give me that phone, take it away, put it in my room and turn it off," Gouffon said

In fact, only 23% of Knox County high school students reported getting 8 or more hours of sleep in 2017.

We specifically wanted to know why sleep is so important to the teenage brain and why a lack of it is so harmful.

We turned to experts at East Tennessee Children’s Hospital for answers.

According to Dr. Ehab Mansoor, the chief medical director of Children’s Sleep Medicine Center, a lot happens when teens sleep: long term memories are stored, new skills are filed away and the brain is able to grow.

"Our brains keep growing until we get to 25 years old, and a teenager can look as big as an adult but his brain is still growing, still developing and his personality is still developing," Mansoor said.

"What ends up happening is 5 days a week, they are missing out on 2-3 hours of sleep that they should be getting and then trying to make that all up on the weekends or on breaks," said Dr. Allison Elledge, a pediatric psychologist at East Tennessee Children's Hospital.

While this changing sleep pattern is natural, studies show a majority of American teens are not getting enough shut-eye.

According to the Archives of Suicide Research, 72% of American teenagers habitually sleep less than the recommended 8-10 hours each night.

On top of those, sleep deprivation is also linked to an increased risk for depression, anxiety and suicidal thoughts.

RELATED: Start the conversation: What parents should know about teen suicide

The same study from the Archives of Suicide Research showed the odds of suicidal thoughts increased 20-40% for teens who sleep 1 or 2 hours less than recommended (around 6-7 hours).

At the same time, the study showed the risks decreased by as much as 80% if the teen regularly slept the recommended 8-10 hours.

One of the biggest sleep interrupters is screen time.

"That’s when it all happens, that’s at least what I hear from my teens, 'Well, I can’t put it away. There’s 500 texts I would miss overnight and I would be out of the loop,'” Elledge said.

So what can parents do?

Mansoor and Elledge suggest these 7 tips to improve teen sleep:

Elledge said above all, it is important to work with your teen and help them understand the changes.

"I think all of us do better when we understand the why behind what we’re being told to do," Elledge said. "We're not just trying to ruin your life. We’re trying to help make sure you’re growing the way you should."

It’s important to note Elledge said not all kids who have sleep deprivation have suicidal thoughts; it just increases the risk. Both doctors encourage you to check in with your teen consistently to make sure they're getting adequate sleep.

RELATED: Teen suicide could be recognized as a health crisis in Tennessee

RELATED: 'Don’t be afraid to ask for help' | Suicide loss survivors gather to lift each other up and heal 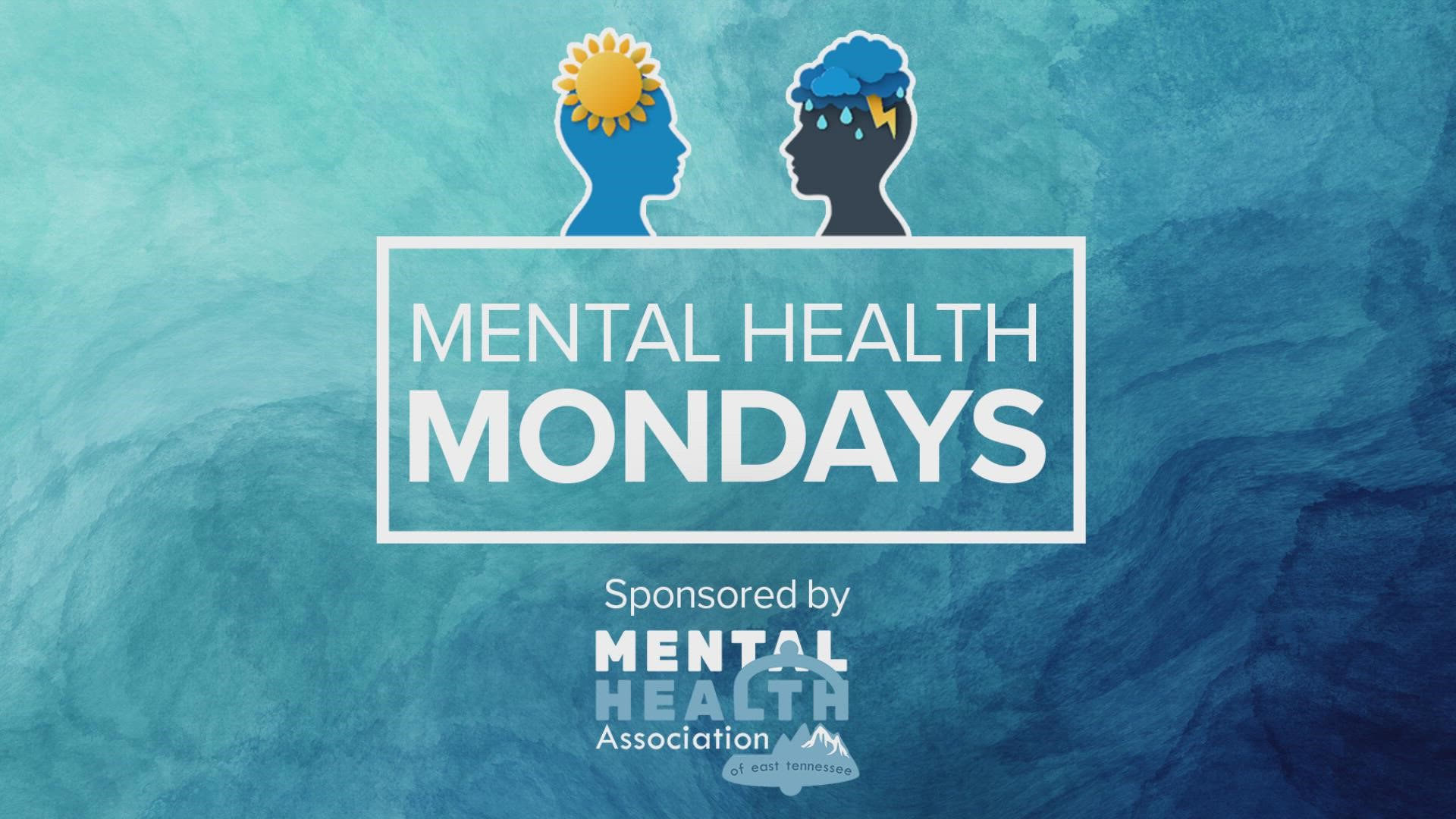