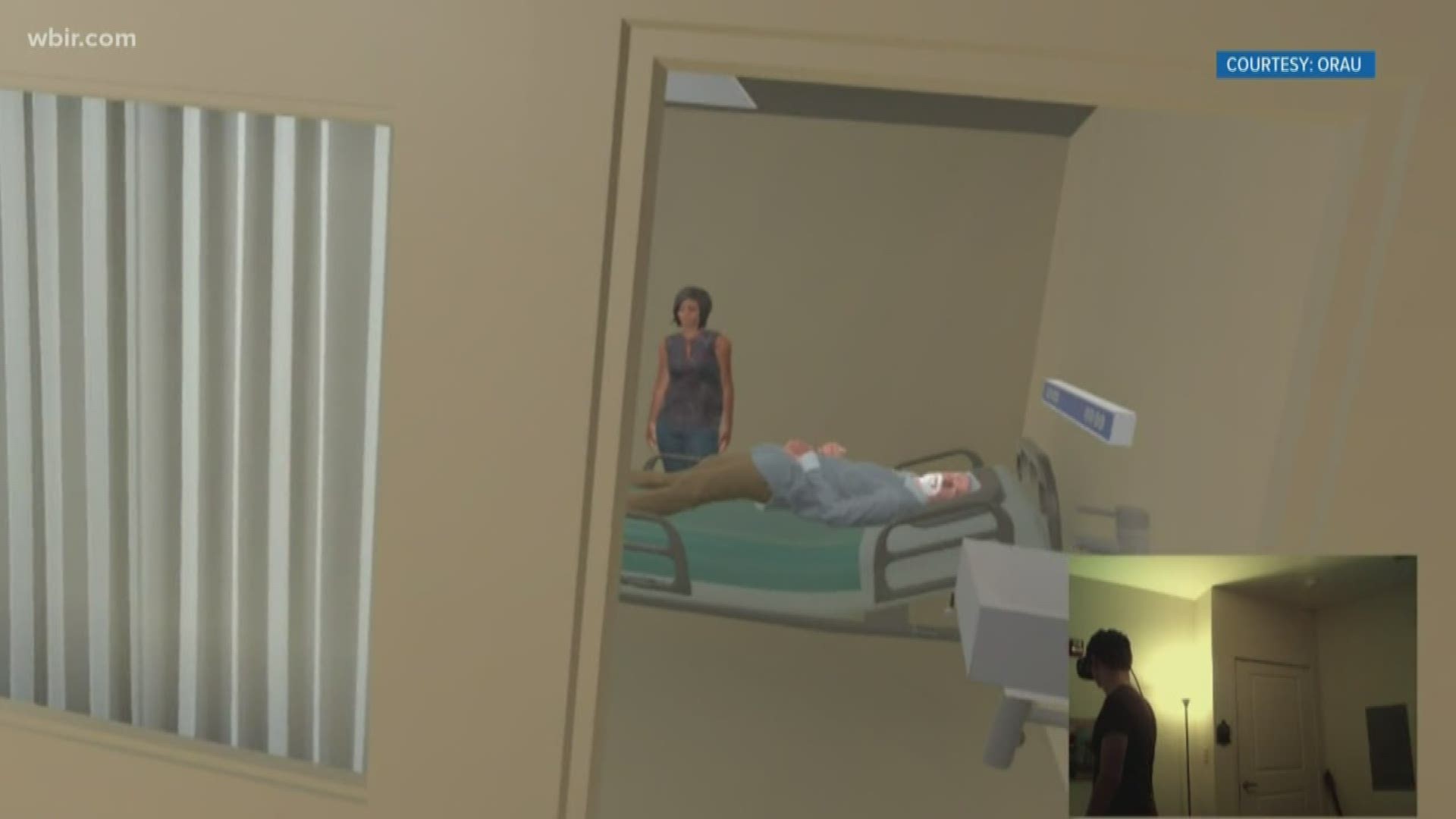 OAK RIDGE, Tenn. — It's the season where your tissue box is never far out of reach, and at Oak Ridge Associated Universities, scientists are researching methods that could boost flu vaccine rates, specifically for those ages 18 to 49.

"We were just looking for another supplement or educational tool to reach out and try to get through to this audience how important it is to actually have a vaccine," explained Deborah McFalls, a Health Communications Specialist at ORAU.

McFalls and her team at ORAU joined up with Glen Nowak and other scientists at the University of Georgia to research various educational tactics to see how effective they were in convincing someone to get the vaccine, specifically, they looked at virtual reality.

RELATED: East Tennessee Children's Hospital talks about when to bring children to the ER for the flu

They created a VR program where participants walked into a restaurant, having not received the flu shot, and coughed.

"Well, you impacted two people and ended up putting them in the hospital," McFalls described the scenario. " You were able to see what the results were of not having the shot. Then, we did a do-over, a second scenario where you had a shot, went back to the same restaurant with the same people. You coughed, but no one was impacted."

To determine if the scenario actually encouraged people to get the vaccine, the scientists took 175 unvaccinated patients and gave a portion of them an electronic pamphlet, another group a video to watch, and the third, virtual reality goggles.

"Then, we did a comparison between those three tools to see which one has the most possibility to change a person's mind about getting a shot," McFalls said. "The virtual reality showed the most promise."

McFalls said there's still a lot of research that needs to be done. For starters, they'd like to do it again with a much larger pool of people and follow up with them a month or two later to see if they actually followed through with getting the vaccine.

Of course, all of that takes additional funding, but a recent publication about the study in Vaccine Journal has McFalls optimistic.

"I think it's going to generate a lot of conversation about our study," McFalls said about the study she hopes might make a difference.