A professor at the University of Tennessee was part of the team looking at human behavior and the transmission of diseases. 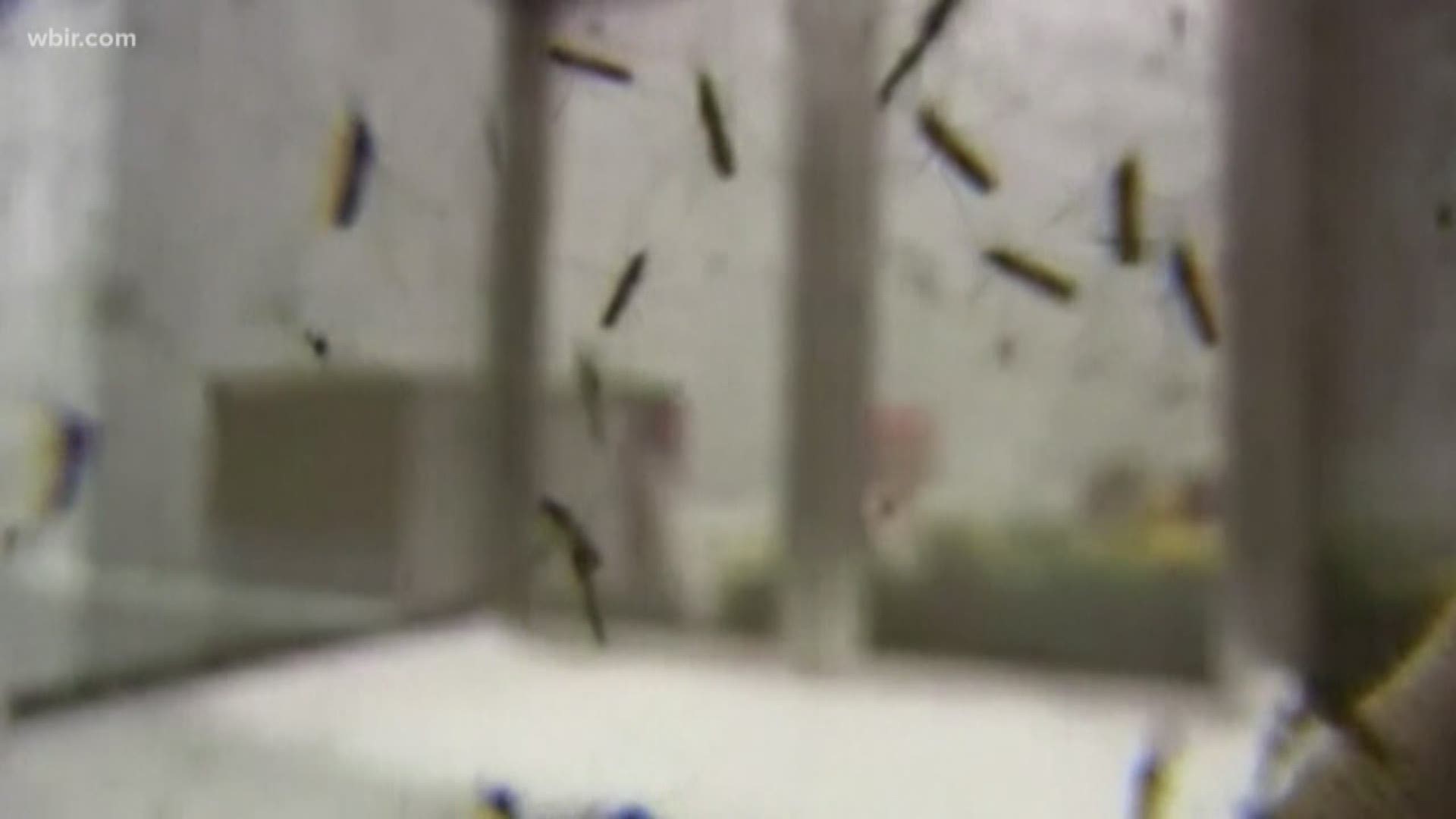 Per the Center for Disease Control protocol, the health department will be spraying for mosquitoes in the affected neighborhoods Thursday evening, KCHD Environmental Health Director Ronnie Nease said.

"Our counts have been really down because of the dry weather," he said. "We've had no birds, no horses or no humans [with West Nile], so we feel very fortunate."

New research shows that studying how humans commute and behave can help mitigate the spread of mosquito-borne disease, like West Nile or Zika.

Dr. Nina Fefferman, a professor in UT’s Department of Ecology and Evolutionary Biology, was part of the team.

"The mosquito study was really actually kind of cool," Fefferman said. "There are trade-offs in how we can allocate time, money and resources based on do we want to do some legwork at the front or do we want to spend more and coordinate more in real time once we know there's a problem?"

In Knox County, the health department currently uses larvicide to eliminate mosquito populations before they expand.

"If there's a large body [of water] that can't be poured out, we do place a lot of larvacide in the water," said Nease. "It's a chemical that keeps the mosquitoes from hatching out and if they do hatch out there, they're not able to fly and things like that."

The health department has no current plans to use Fefferman's research, but Fefferman said it's not for everyone.

RELATED: With West Nile found, how do you prevent mosquito bites?

"Unfortunately, it depends," she said. "The best protection for people is still to wear protective clothing, spray themselves to make sure mosquitoes don't bite."

Nease said getting rid of standing water can also prevent the spread of mosquitoes.

"I would encourage you to do a survey of your property to see if you've got anything holding water," Nease said. "It could be from a cup to a bucket to a barrel to a wheelbarrow."

A second round of spraying for mosquitoes will take place, weather permitting, 9 p.m. to midnight Thursday in the Tower Drive area of North Knoxville.