House Speaker Cameron Sexton said only around 40% of people are currently willing to get the COVID-19 vaccine, but expects that number to grow. 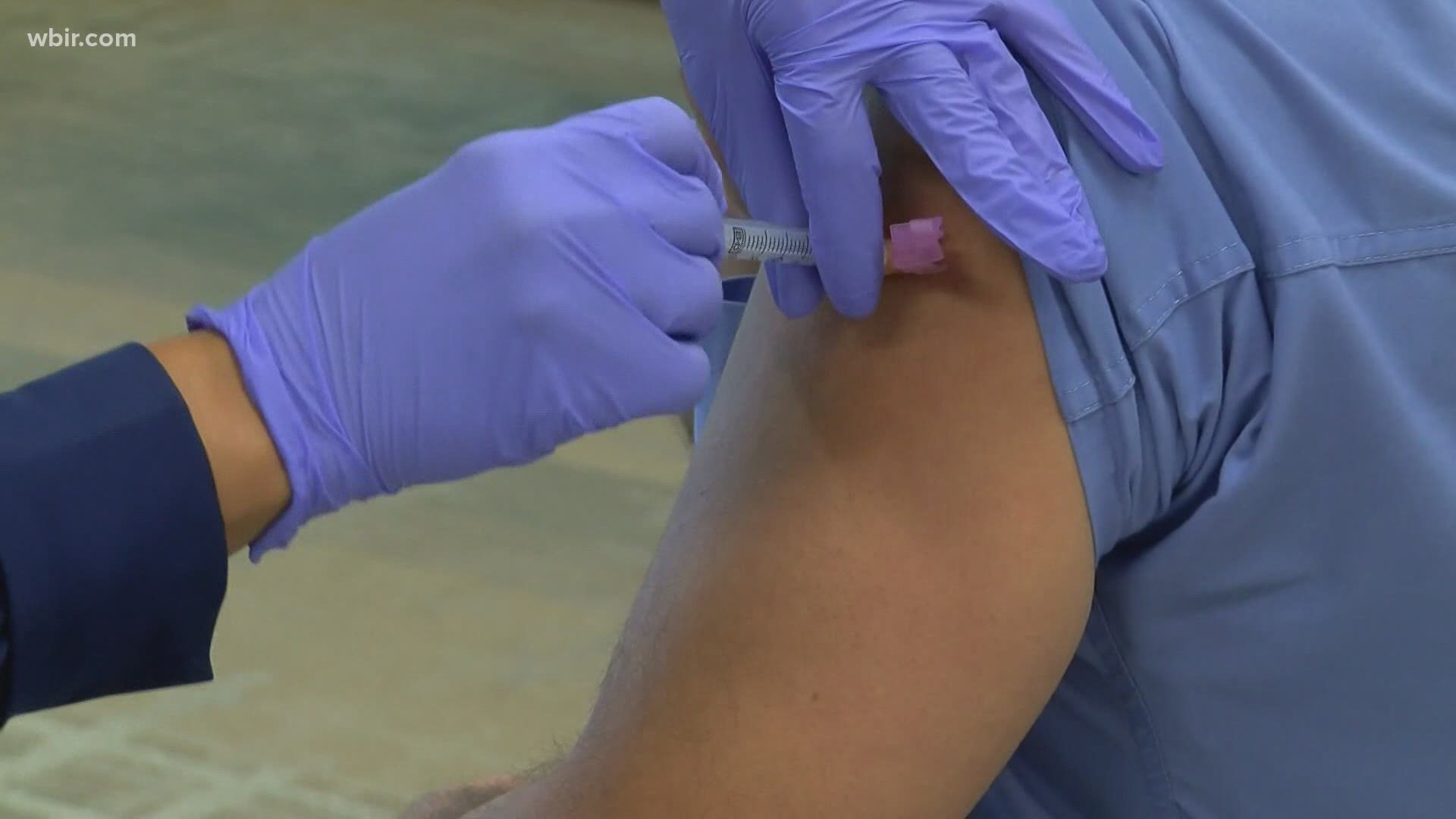 NASHVILLE, Tenn. — A state lawmaker said he is hoping anyone in Tennessee currently wanting to receive the COVID-19 vaccine will be able to receive one by the middle of the year.

House Speaker Cameron Sexton said he is hoping 40% to 50% of Tennesseans wanting to receive the shot will be able to do so by midyear,  but expects that number to grow as the vaccine distribution continues.

In a statement to 10News Wednesday, a representative for the speaker said he obtained the percentages he is basing his hopes on from a national survey and from phone calls with stakeholders and health officials in Tennessee.

He also said he understands frustrations about the timing of the rollout and said that since officials haven't had to do a mass vaccination rollout before, there is expected to be growing pains.

"We could always do better," Sexton said. "I don't think anyone's arguing that aspect, but we hope to be able to do more, hopefully when more companies roll it out. I think there's been a supply problem in Washington as well, so we haven't gotten the number that we previously thought we were going to get."

He said that the federal government usually tells state health leaders the number of vaccinations they can expect within 72 hours of receiving them, which can lead to difficulties with the distribution.

Sexton also said that he believes more independent pharmacies will soon start to carry the COVID-19 vaccine, which would then speed up the distribution process.

A poll from Vanderbilt University in December 2020 showed people's openness to receive the vaccine was much higher than the 40%to 50%  reportedly willing to get one from the national survey. The Vanderbilt poll found 75% of Tennesseans claimed they would likely get a COVID-19 vaccine when it's made available to the public.