Robin Newman has been hospitalized more than 40 times after she was diagnosed with idiopathic angioedema. The medication that helps her costs $4,000 per shot. 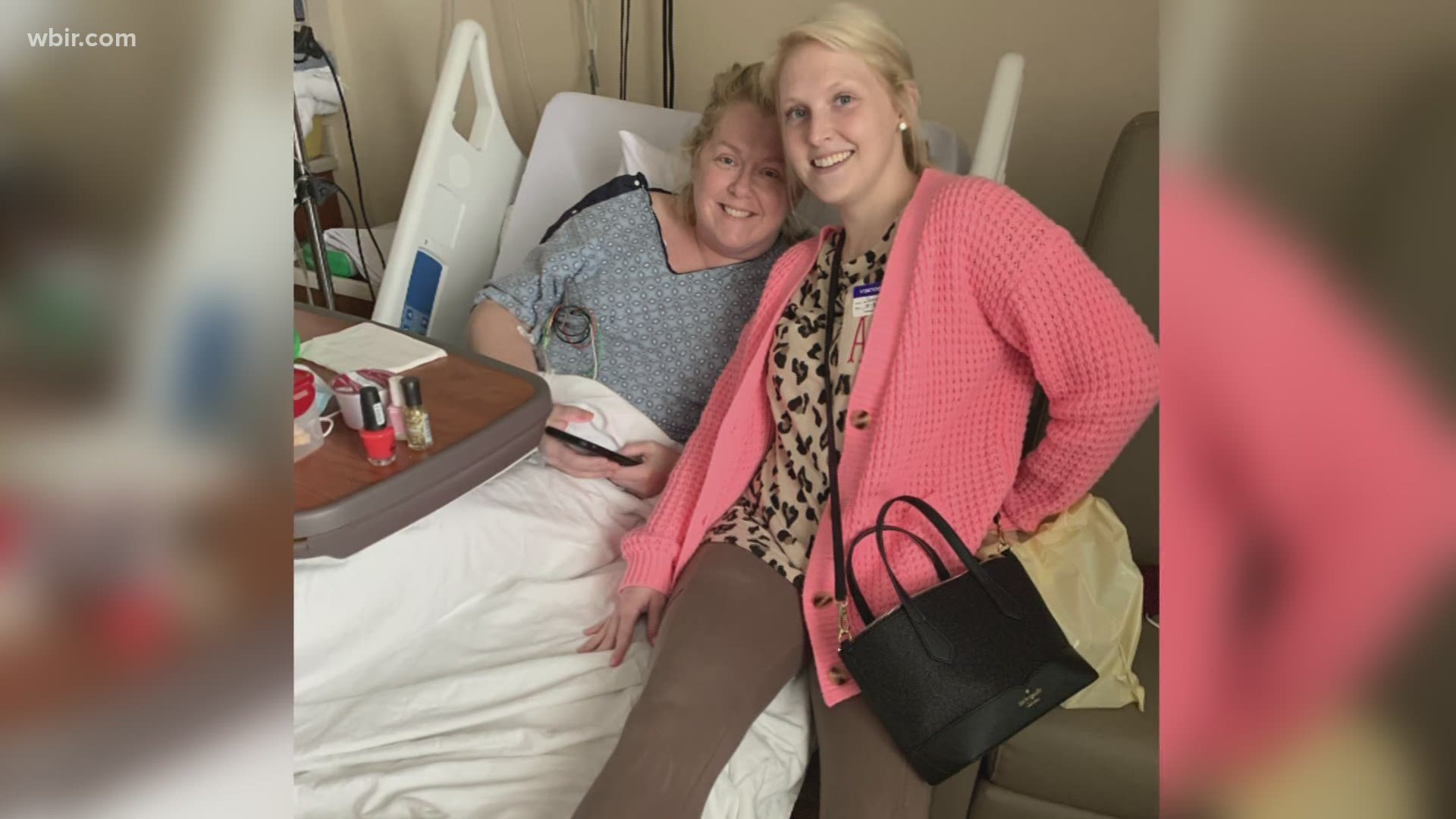 ONEIDA, Tenn. — Robin Newman was at church, just like any other Sunday, when she started feeling sick. She left and went to the local emergency room.

"They thought initially it was anaphylaxis, and she was allergic to something," said her daughter, Alex Geisler. "She was intubated within about 15 minutes."

That was in July 2020. Since then, she's been diagnosed with idiopathic angioedema and hospitalized more than 40 times.

"She is the most upbeat, outgoing, lovely person I know," Geisler said. "Watching your mom go through all of that, It's been very hard."

Non-hereditary idiopathic angioedema is an autoimmune disease that causes swelling under the skin. In Newman's case, her daughter said it affects her hands and feet, as well as her throat. She said it can obstruct her airway, threatening her life. They also may not know when she could have an attack or how bad it could be.

RELATED: "The only reason for that is greed" | Mom raises concerns as medication prices soar

There's a shot that helps reverse the swelling and reduce the need for intubation. But at $4,000 a dose, Firazyr is pricy. The medicine works by blocking a chemical from binding to receptors, preventing inflammation.

"That's just astronomical," Geisler said. "I don't think it's fair that you can put a price tag on someone's life."

For a while, Newman's insurance covered the shots she needed. Then, Geisler said they were told it would no longer be covered.

A Kaiser Family Foundation study found they're not alone. It revealed marketplace insurers denied nearly one of every five claims submitted for in-network services, putting families in a tough spot.

"This is a difference between my mother living or my mother dying," Geisler said. "Our family is extremely thankful for any contributions for the shot. But just to put things in perspective, $1,000 is about 25 percent of one shot that she would need."

As Newman and her family continue to battle insurance for that life-saving shot, they're turning to their faith for strength.

"No matter what happens here on Earth, we know that she's going to be okay," Geisler said. "She has a home in heaven."