The UT Medical Center Cancer Institute has received more than $300,000 from a family fellowship for almost a decade. 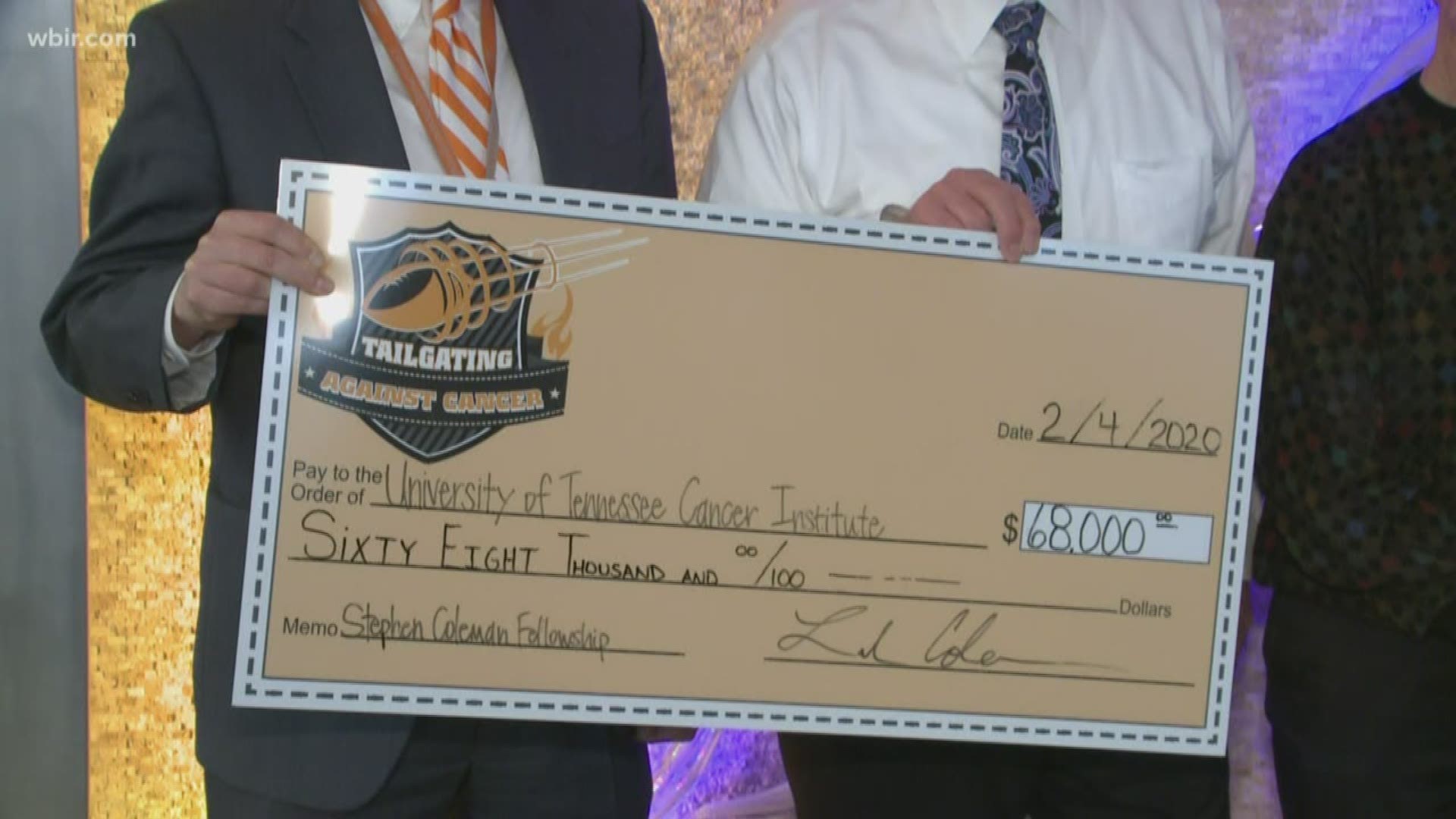 KNOXVILLE, Tenn. — The UT Medical Center Cancer Institute has received more than $300,000 from one family fellowship.

Tailgating Against Cancer, an endowment created by the family, was established in 2011 by the friends and family members of Stephen York Coleman, who passed away that year in his battle with brain cancer.

The mission of the fellowship is to raise as much money as they can for the Cancer Institute and programs at the UT Graduate School of Medicine.

The family has raised the money through events such as the touch-a-truck event and even achieving a Guinness World Record for the most people wearing mismatched socks.

Landon Coleman, brother to Stephen, said the main way they receive their donations and funding is through their annual golf tournament, which has been around since 2015.

"My family has been touched by cancer. We know the majority of people have been touched by cancer. This fellowship, hopefully, will provide East Tennessee and Tennesseans to stay around here and get treatment," said Coleman. "The University can do research with this money and so it's just a way to give back and help the cancer community."

John Bell, the Director of  the Cancer Institute at the UT Cancer Center, said
this money will not only be placed into the endowment created by the Coleman family, but will also be used train doctors in medical oncology to help patients that need treatment beyond surgery and radiation therapy.

"Without donations to create a foundation like this to allow us to fund additional training, we wouldn't be able to have a program like this," said Bell.