Vaping-related illnesses in Tennessee climbs to 49

While no single vaping product or ingredient has been linked to the illnesses, doctors said most patients reported vaping THC. 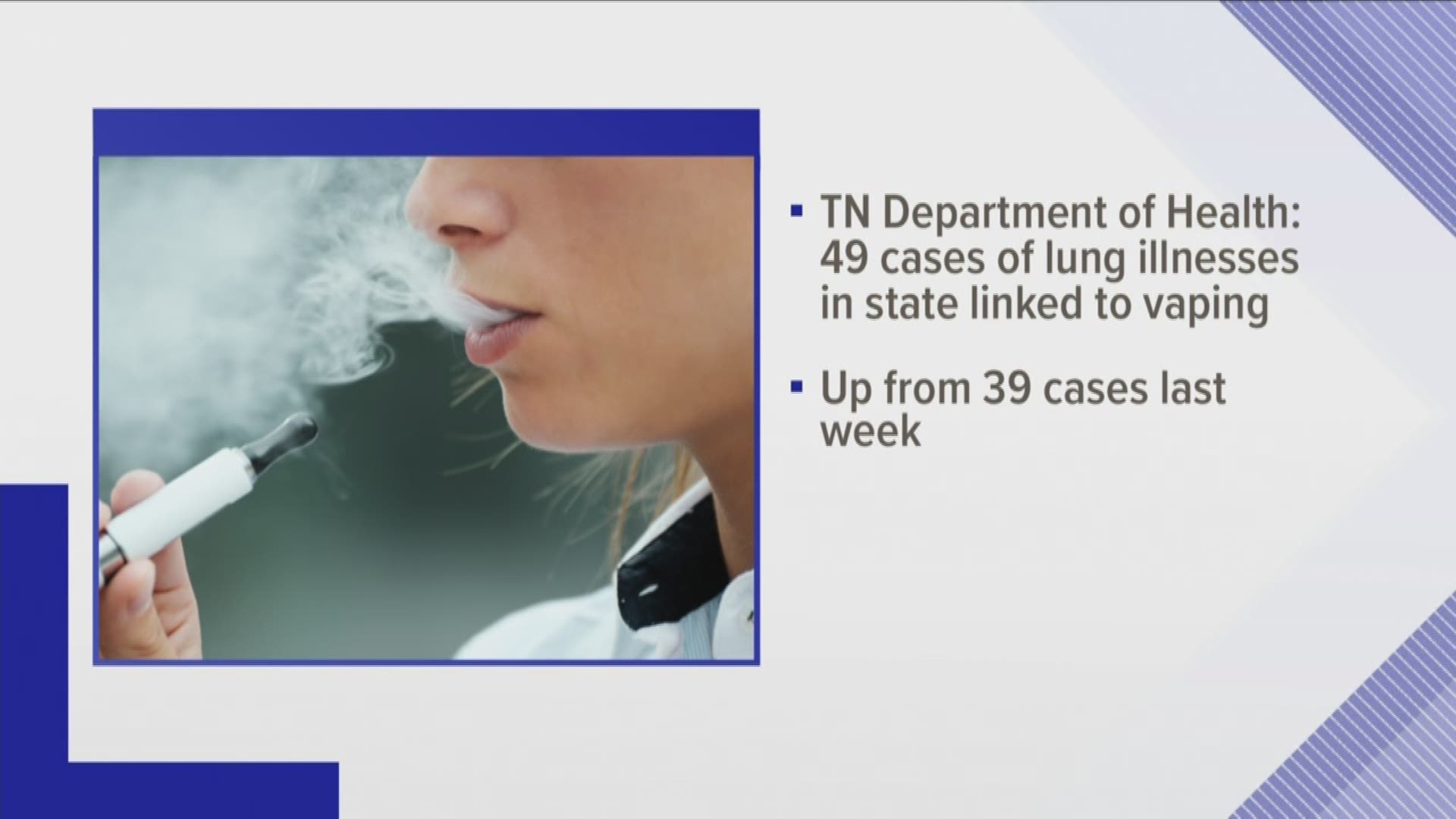 TENNESSEE, USA — There are now 49 cases of vaping-related illnesses reported in Tennessee, the Centers for Disease Control and Prevention said Monday.

The number of cases is up from 26, which was reported about a month ago.

"At this time, no single product or substance has been linked to all the lung injury cases and the specific chemical or ingredient causing lung injuries associated with e-cigarette use or vaping remains unknown," a release from the health department said.

Doctors have said the illnesses resemble an inhalation injury, with the lungs apparently reacting to a caustic substance. While no single vaping product or ingredient has been linked to the illnesses, doctors said most patients reported vaping THC, the high-producing ingredient in marijuana.

TDH and the Centers for Disease Control and Prevention recommend Tennesseans consider refraining from using e-cigarettes or vaping products while the investigation into the illnesses continues.

The investigation comes as part of a nationwide outbreak of severe pulmonary disease among people who use e-cigarettes or vape, with nearly 1,300 cases reported to date in 49 states.

RELATED: Vaping an 'emergency' issue among teens in Knox County 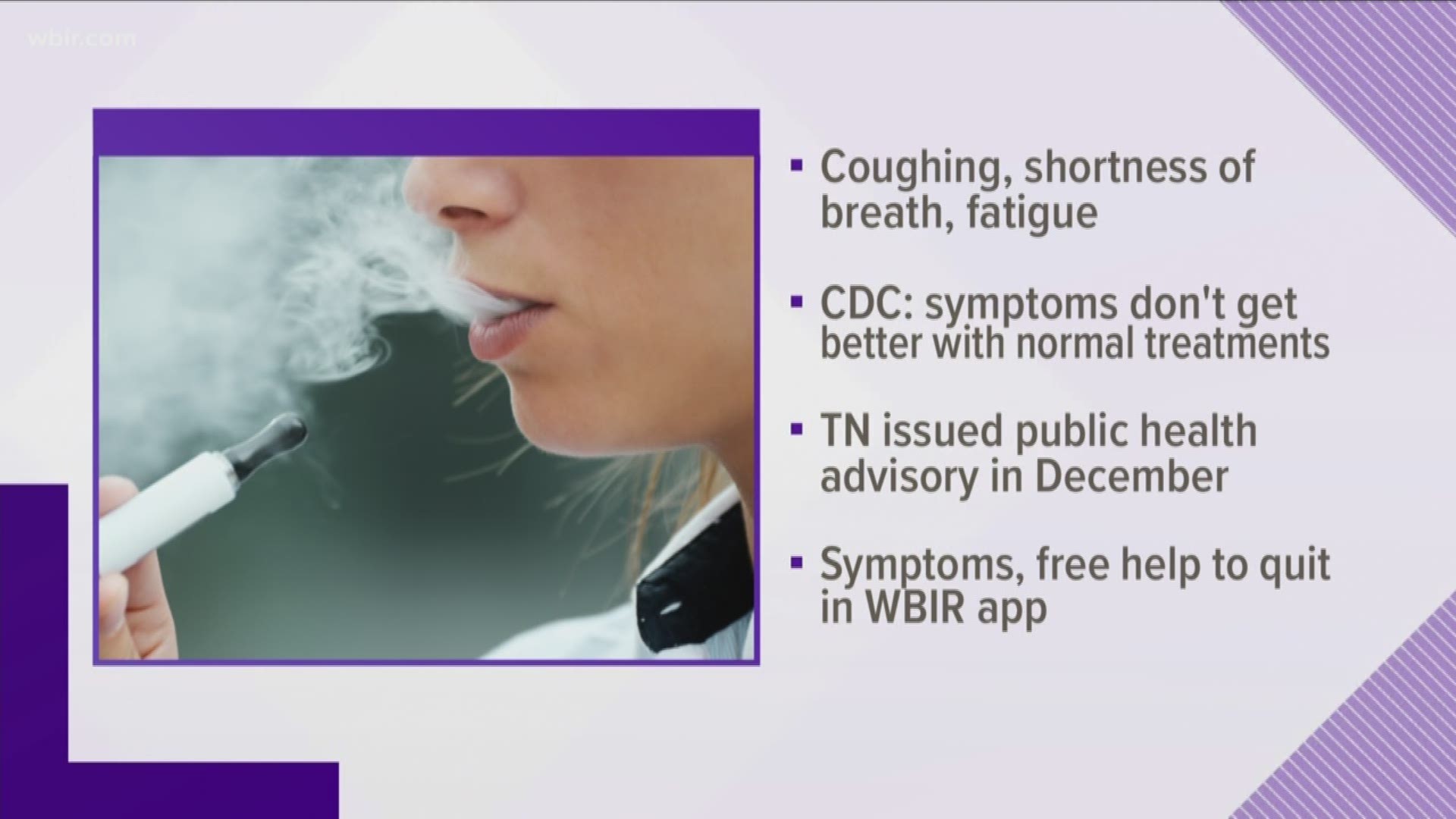