Hemp growing season is underway, and now thousands of the plants are now sprouting in East Tennessee

A record number of farmers are trying their hand at growing the difficult but profitable crop. 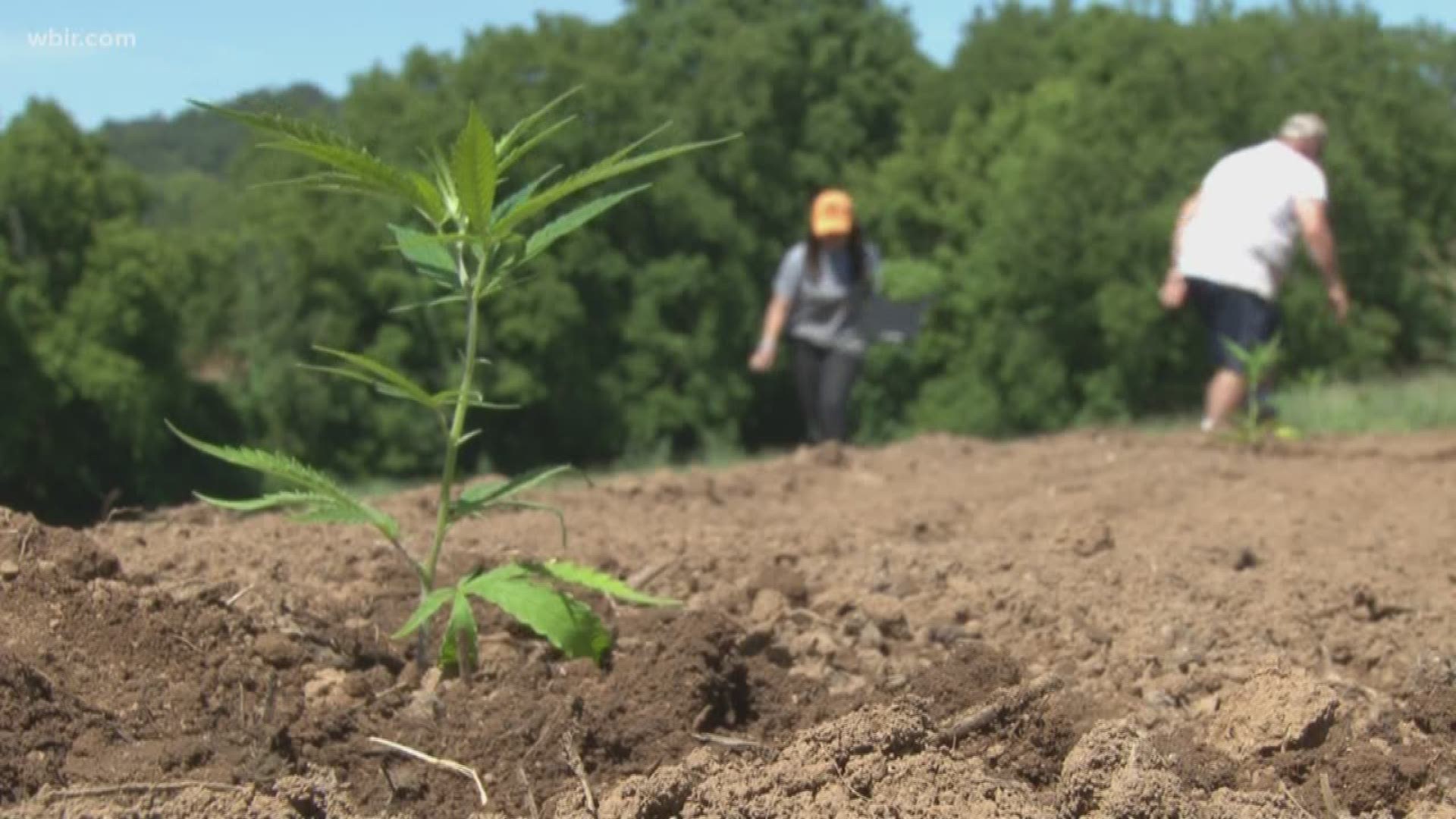 KNOXVILLE, Tenn. — It's officially growing season for hemp in Tennessee.

Nearly 3,000 farmers are planting and starting to see growth in their hemp seeds and clones.

This is not an easy crop to grow.

First time hemp farmer Mark Lavender in East Knoxville knew that when he took on the challenge and got his hemp grower's license earlier this year.

Lavender started preparing the land for growing in the spring.

Since the start, he's been putting in a lot of time working on his backyard hemp farm.

And that doesn't count the months of research leading up to the action.

"I've rototilled it at least four times, put some horse manure in there, came up with a homemade drag and pulled it behind the pickup truck to level out the ground," said Lavender.

He just picked up his hemp clones in Maryville, and now it's time to plant.

"I go through with a little two-by-two stick and I poke a hole where I want each one," said Lavender.

He places each clone about 8 feet apart so they have room to grow.

"Put the plant it, cover it up with dirt," he said.

It's a pretty quick process.

"It's the other part that takes forever," said Lavender.

The land needs constant care, and hemp needs 12 or more hours of sun each day to grow properly.

Plus, each plant takes a lot of water.

"Toward the end they'll drink at least two gallons a day [each]," said Lavender. "If you could, water them a gallon in the morning a gallon at night and they'll suck it all up."

Lavender only has around 200 in the ground right now.

"They will grow, and a week from now they'll probably be almost doubled in size," he said.

These particular clones cost about $4 a piece. A full acre of hemp would add up to around $5,000 in plants.

Because of the cost, Lavender is doing his planting in stages.

"Next year will be much better because I'll get one field all fertilized, plowed and everything all set to put the clones in, and go get them, put them in, then go on to the next field," said Lavender.

Hemp is usually harvested in the fall, and Lavender will take his out of the ground in late October.

After that, the plants have to hang to dry.

Lavender is talking with processors now, hoping to sell his plants for the CBD they'll contain.