Co-director Ash-Lee Henderson said she got a call about the fire at 6 a.m. and by the time she got there, the building was unrecognizable. 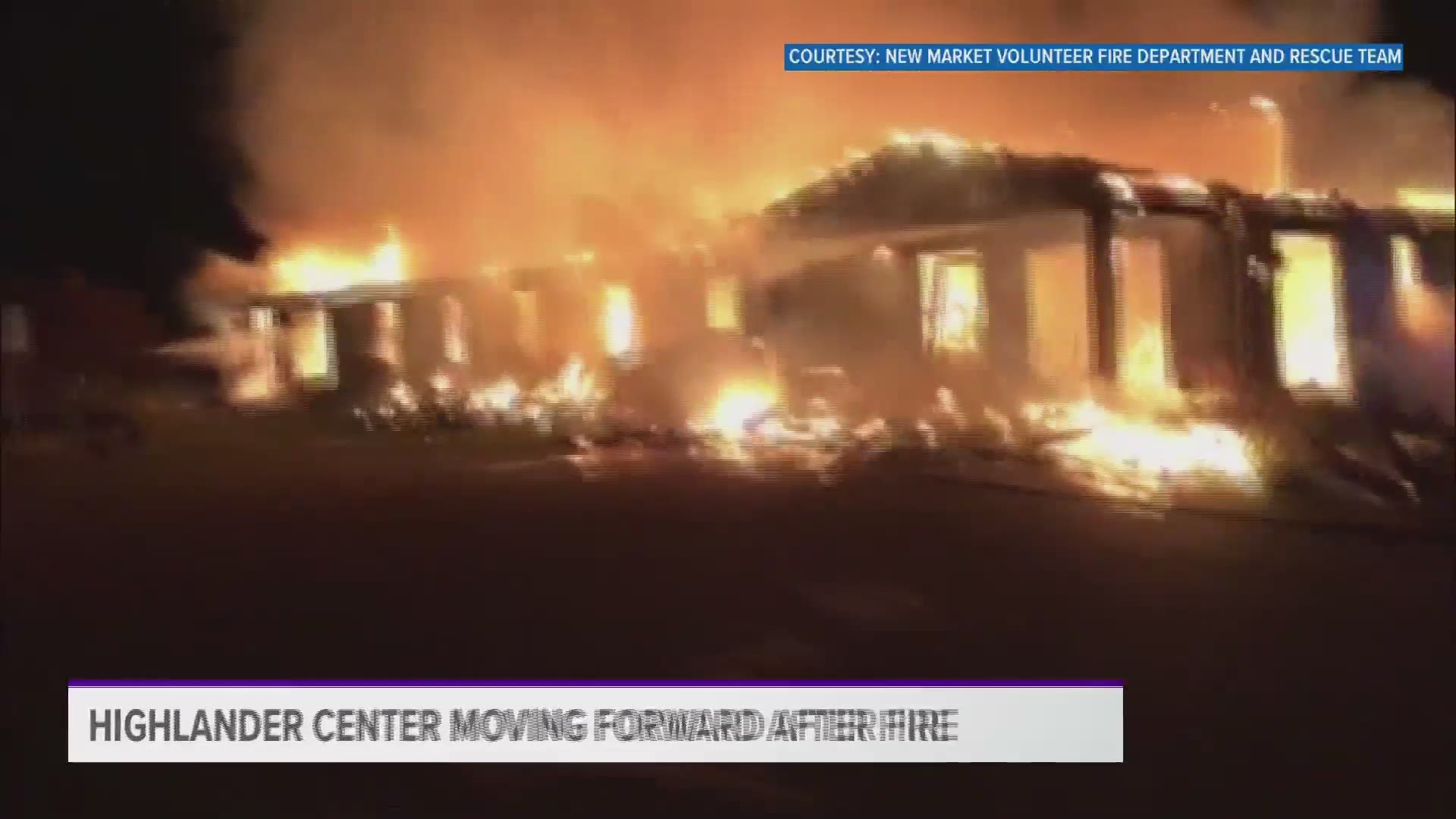 NEW MARKET, Tenn. — May marks a little over a month since Highlander Center director, Ash-Lee Henderson woke up to a phone call that the center's main office was completely engulfed in flames.

"Having such a tragedy like this was definitely emotional, it felt devastating in so many ways," she said.

Piles of burnt metal, furniture and window frames are all that's left and Henderson said it's been a process coming to terms with what happened.

"At 6 o'clock in the morning I got a call saying that our building was engulfed," she said. "When I got here it looked pretty much like it looks now but smoldering and a little fire left."

However, no one was in the building at the time and now Ash-Lee's entire staff is back to work.

Care is something she believes the organization feels from people worldwide.

"From every corner of our planet, we've got messages of love and solidarity from languages I can't read or speak," Henderson said."Everywhere from Japan to South Africa."

While there's no official word yet on how the fire happened or where the white power symbol came from Henderson said they have to keep moving forward and they will no matter what.

"The work is continued and we intend to continue to live into our mission," she said.
The Jefferson County sheriff said the fire and the symbol are still under investigation and there is no word yet on how long it will take.