Julie Beckman, an adjunct assistant professor at the University of Tennessee, was working at a new job in New York City when terror, tragedy and sorrow struck. 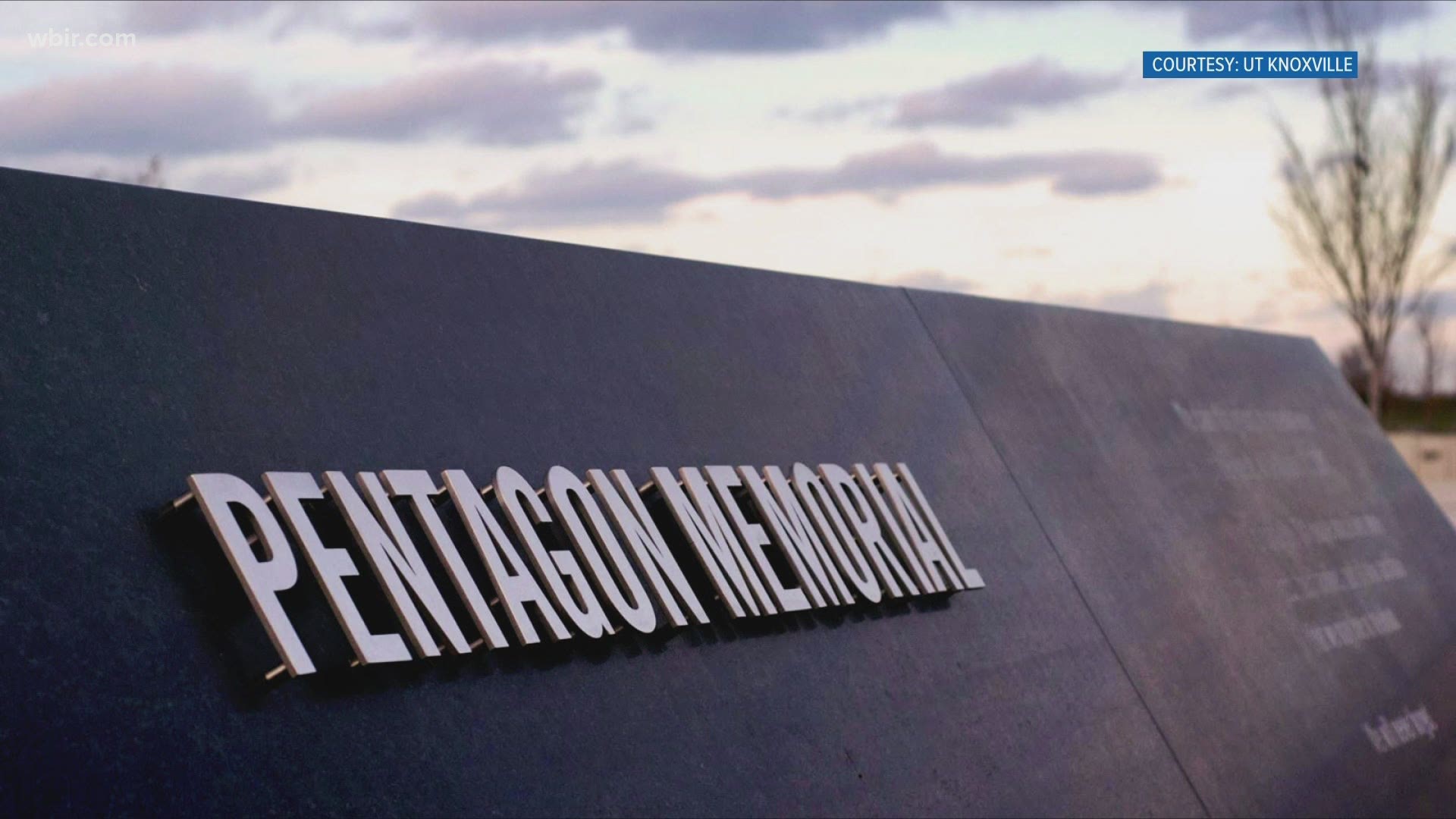 KNOXVILLE, Tenn. — Terror and tragedy struck New York City on September 11, 2001, when two planes crashed into the World Trade Center killing 2,997 people. However, in the 19 years since then, the effects can be felt across the world and in Knoxville.

Julie Beckman was in New York City on Sept. 11 working at a new job before she became an assistant architecture professor at the University of Tennessee. That morning, she was on her way to meet her boss at a YMCA in Manhattan.

The Metropolitan Transportation Authority connects the city's five boroughs together in NYC. To get to Manhattan, she traveled underground in the subway — beneath a bustling city filled with millions of people focused on getting to work.

By the time she left the station and emerged outside, the city had changed.

"There were crowds of people gathered on the corners looking at the Twin Towers, and the first plane hit alright," she said. "All I saw was just billowing black smoke coming out of the building."

She looked at the smoke and knew that something big was happening. As a new employee though, she said she didn't want to be late and kept walking. One block later she stopped to see what was happening again, turning to look at the World Trade Center.

She saw a massive explosion from the towers, and said she knew she had just watched history unfold in front of her.

RELATED: 19 years later: 9/11 marked by changes due to coronavirus

"That's when you knew that something historically significant was happening, even though you couldn't comprehend what it was or why it was happening," she said. "You just knew it wasn't an accident. And that was something that I think none of us really knew how to process."

In the following few minutes, the towers would crumble and first-responders across the metropolitan area would rush to the scene, helping injured people and recovering the dead. Rubble and dust would cloud the streets, and the day would be etched as one of the worst tragedies in modern history.

"The city in the aftermath of those days was a place of just tremendous sorrow," she said. "I mean, it was oozing with deep-rooted sorrow. But at the same time, there was this incredible will to just be there for the city."

She used her skills as a designer, the reason she was in New York City, to help herself and others overcome the trauma of the September 11 terrorist attacks. The Pentagon held a design competition, and she helped submit a design for a memorial.

"We sat for hours at the bar of a little tiny Italian restaurant and we talked about the kind of place a mom and her two kids would want to spend 10 minutes or 2 hours grieving, or remembering, or laughing or smiling about the dad they lost or the husband she lost," Beckman said.

The design includes lines of benches, with each line corresponding to a year of birth and creating a timeline. When visitors step into the memorial, they're stepping over the "zero line" — Sept. 11, 9:37 a.m.

At the first unit of the memorial, visitors encounter Dana Falkenberg, 3. She was born in 1998, and the memorial goes back to 1930 commemorating the dead. Beckman said that everyone can relate to being a certain age in the design.

Working on the memorial didn't just help the city recover, she said. Beckman had to move away from NYC and go to Washington D.C. for the project. She said it has helped people across the U.S. recover, too — including herself.

"I believe that it helped me realize that you never lose a connection with a place especially if you ride out something significant and this case, tragic and traumatic," she said. "You will always carry that place with you everywhere."

However, she also said that the events of Sept. 11, 2001 showed her that people can settle down anywhere and do their part to help others grow and recover, no matter what happens.