Thanksgiving during the 1918 Spanish flu pandemic

This isn't the first time a deadly virus has kept families apart on Thanksgiving. 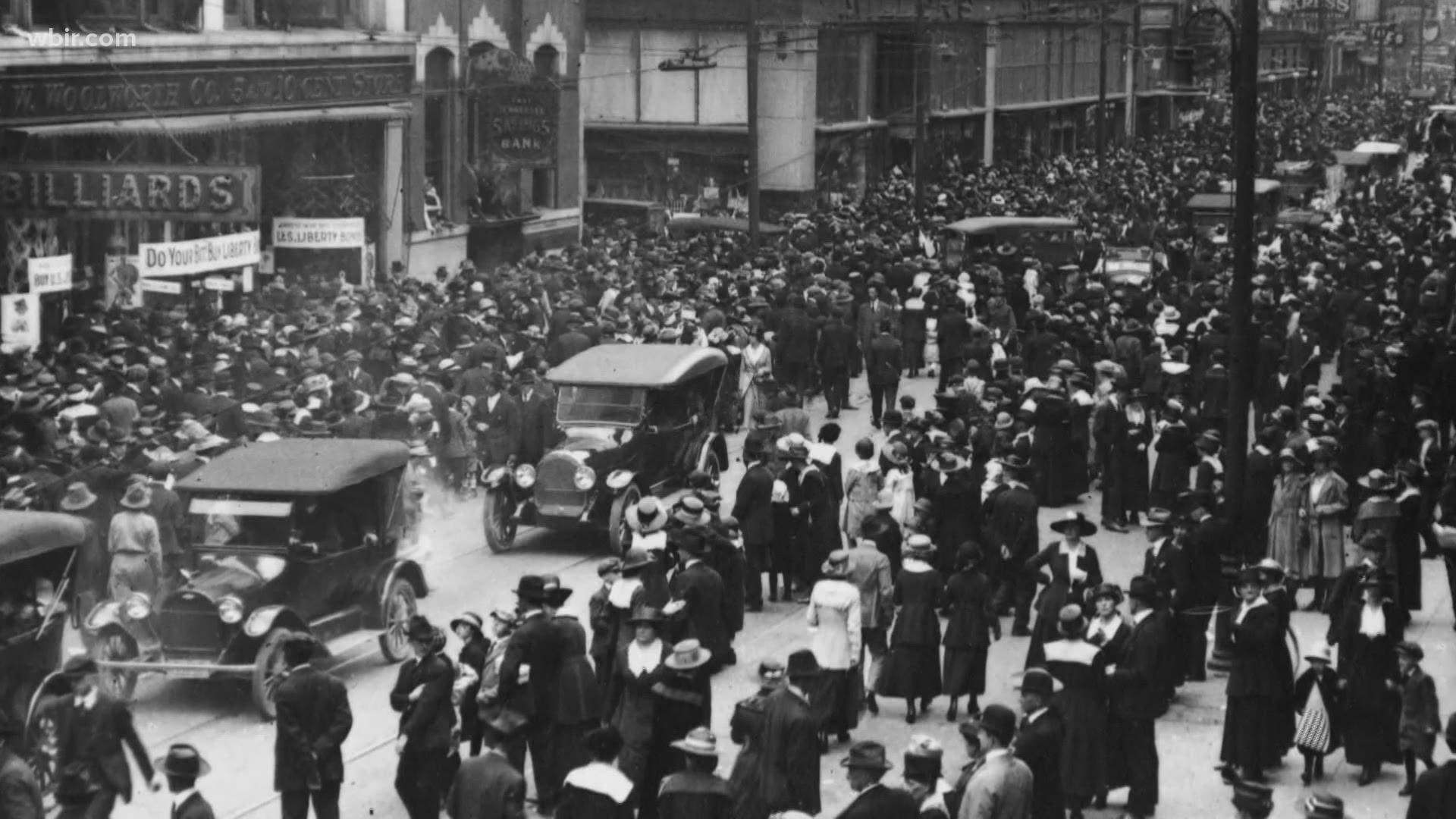 KNOXVILLE, Tenn. — Many people will be spending Thanksgiving 2020 with fewer people than usual because of the COVID-19 pandemic.

But this isn't the first time a deadly virus has kept families apart on Thanksgiving.

During the Spanish Flu pandemic of 1918, Knoxville families had empty seats at their tables for several reasons.

That flu was all over Knoxville by the fall of 1918.

About 200 people died in October alone, and thousands of people were infected.

Everything was closed and you could be arrested for not covering a sneeze.

"For a couple of weeks they had such a strict lockdown that any more than two people, that was the limit to get together in the street," said historian Jack Neely with the Knoxville History Project.

October 1918 was the peak of the pandemic.

In November, World War I ended.

A huge Armistice Day parade went down Gay Street and thousands of people crowded together a couple of weeks before Thanksgiving.

"You would have thought that if there was anything left of the flu, it would've gotten around then and caused more trouble but it didn't," said Neely.

He said flu cases and deaths continued into 1919, but by the end of the war, all kinds of restrictions were being lifted.

That included rations on things like sugar, which meant Thanksgiving was actually plentiful.

"They might have seemed to have a somewhat happier Thanksgiving than other Thanksgivings except for the fact that there were a lot of families missing people," said Neely. "People who either died of the flu here or people, soldiers who were still away."

They didn't have the technology to connect with the family the way we do now.

"Many families didn't know for sure whether their loved ones were coming back," said Neely.

For those celebrating, Neely said turkeys were abundant that year.

He said we eat pretty similar Thanksgiving meals now to what they ate 100 years ago.

Here's a Thanksgiving Dinner menu from 1914 at Knoxville's Imperial Hotel.

Some of the choices are a little more elaborate and a lot cheaper than today.

These prices are in cents.

As we dine virtually this year, Neely said there's one big takeaway from the pandemic of the past.

"It's gonna be over some time," he said. "They got through this somehow with some faith and guts and maybe we will, too."