Beneath the trails we love to hike are hundreds of cemeteries, known and unknown. According to the National Park, one cemetery is the final resting place of slaves. 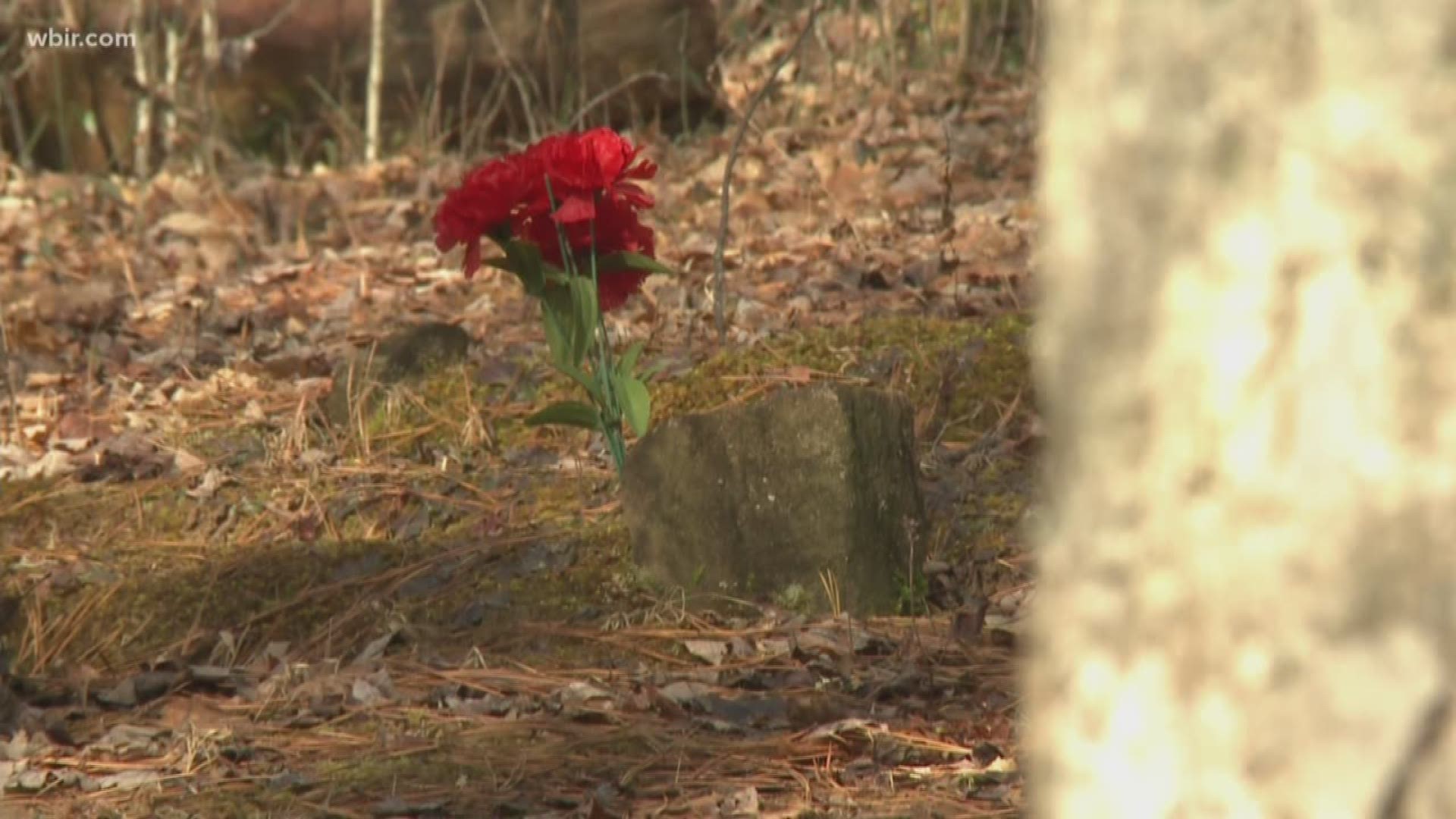 KNOXVILLE, Tenn. — Every year, millions visit the Great Smoky Mountains National Park for outdoor fun and adventure, but beneath the trails that we love to hike are hundreds of cemeteries, known and unknown.

According to the National Park, one cemetery is the final resting place of slaves.

Up a hill in Bryson City, North Carolina, off the trails of Mingus Mill, lies a small cemetery, beneath the trees with unsung stories behind the stones.

“It’s sort of hidden in plain sight. A lot of people come up to the Mill and have no idea that it's even here,” March said. “We don’t know who’s buried here. We do know that they were slaves.”

This area is recognized by the Park Service as the Enloe Slave Graveyard, named after the white settlers who lived in this area.

“They could be possibly 200 years old,” March said.

But the headstones are unmarked. No name, birth date or death date.

At least five bodies are buried beneath with no record of the lives they lived or who they were.

“This is also a very short grave, it may have been a child,” March said.

Researchers Frank March, Don Casada and Ken Wise have dedicated years as volunteers, studying parts of the Smokies and looking for answers.

“We don’t really have a way to tell many things without some written historical record,” March said.

The Great Smoky Mountains Collections Preservation Center keeps some of those records in Townsend, Tennessee.

Out of the 1.38 million archives stored in the facility, only three folders told the history of the Mingus and Enloe families.

But when it comes to the Enloe Slave Cemetery, one book had only a few sentences.

It lists six grave sites, with the last burial “about 1860.”

The land where the slaves are buried belonged to the Enloe, Mingus and Floyd families.

“The Enloes and the Mingus were amongst the earliest settlers in the park,” Casada explained.

According to Census Records and Haywood County Deeds of North Carolina, patriarch Abraham Enloe was a slave owner.

“Abraham Enloe, for as far as I can find, has the first recorded deed, where Abraham Enloe sold slaves to John Hyde. That was in 1815,” Casada said.

Listed in the deed, Enloe identifies the slaves as 32-year old Dave, his wife 30-year-old Silvia and their two children, a 2-year-old negro girl and a 6-month-old boy named Adam.

A 1830 Census shows Enloe owned five slaves, but there’s no mention of who they were. There is no evidence that proves any of these slaves were ever buried here in these unmarked, mounted graves.

Because the bodies buried beneath were treated as property, not people, there could be more just like them, carrying the stories of their lives to the grave.

Stories that we may never know.

“You’re right, there’s probably more out there to be found,” said Wise.