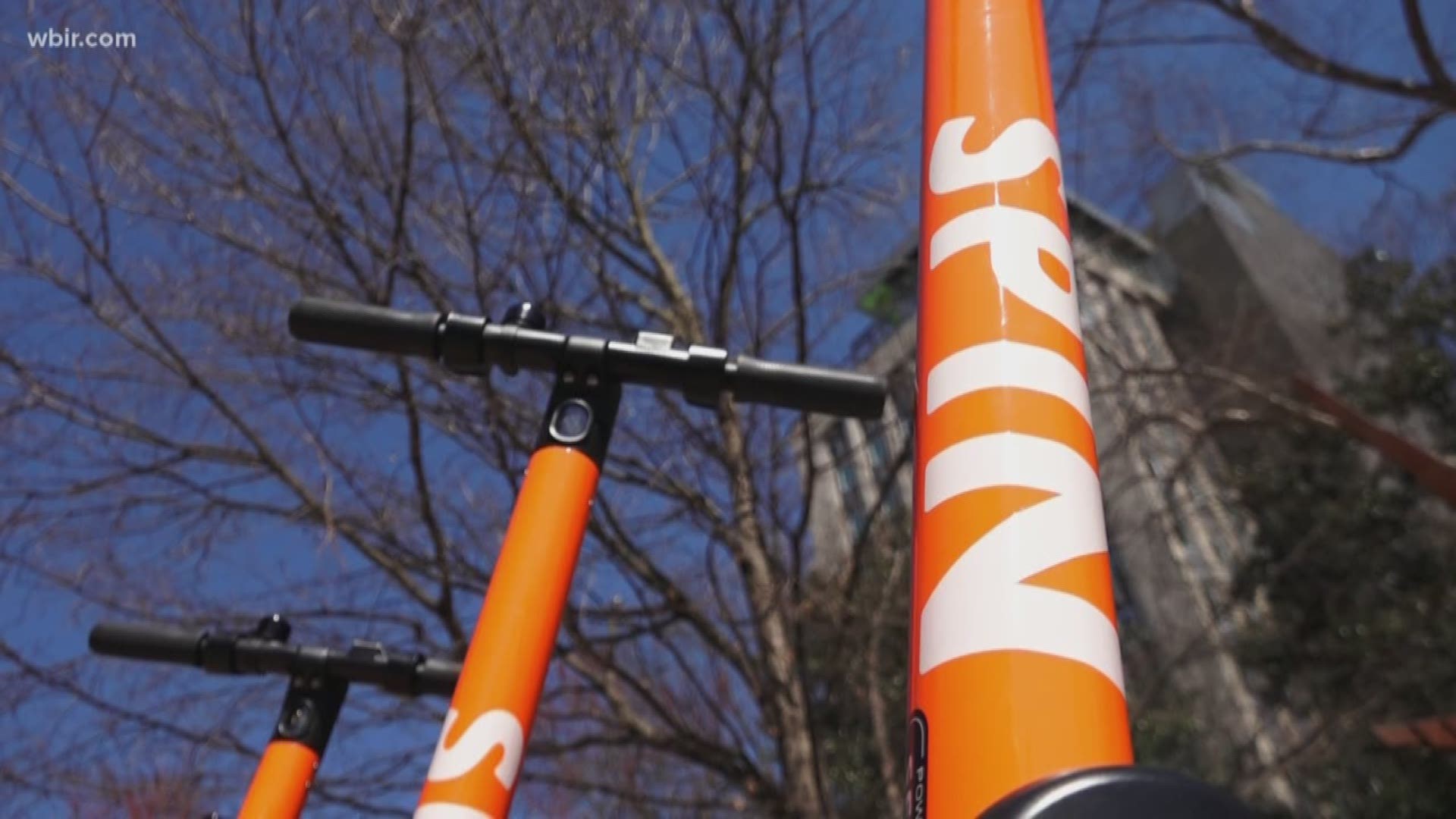 KNOXVILLE, Tennessee — UPDATE 3/21/19- 12:15 P.M.: Knoxville's electric scooter pilot program will be on hold throughout the weekend while the city works to push out new updates to the scooters after it ran into trouble shortly following the program's launch, Visit Knoxville's Kim Bumpas said.

The scooters are only slowing down, not stopping, when they hit the "geofence," the areas the scooters shouldn't be able to go past.

The city plans to be able to redeploy the scooters sometime next week, Bumpas said. 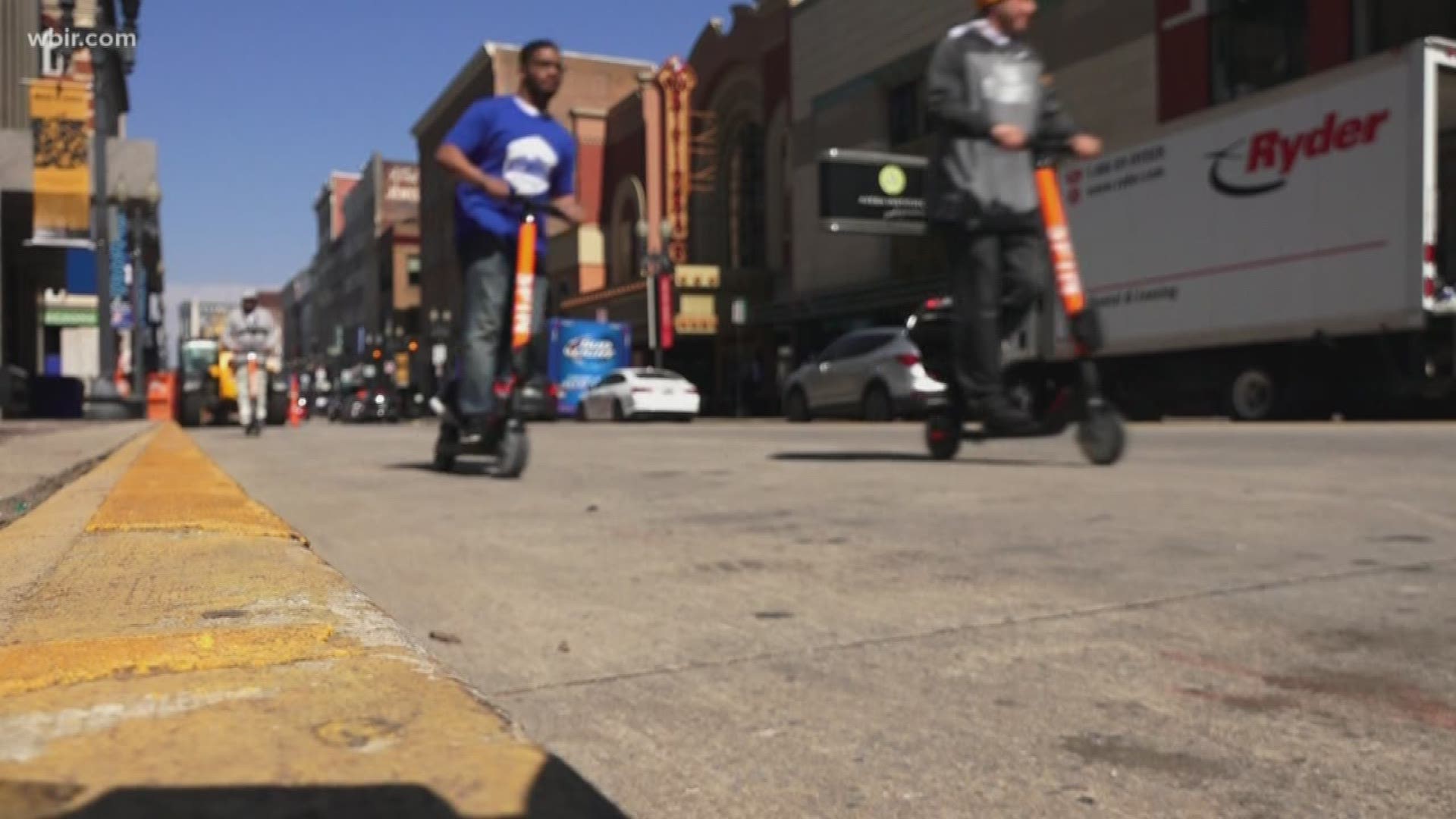 Knoxville's electric scooter pilot program has run into a couple of bumps in the road and caused the program to be put on hold Wednesday evening.

Bumpas said they're working to fix the issue now and will redeploy the scooters once they're fixed. 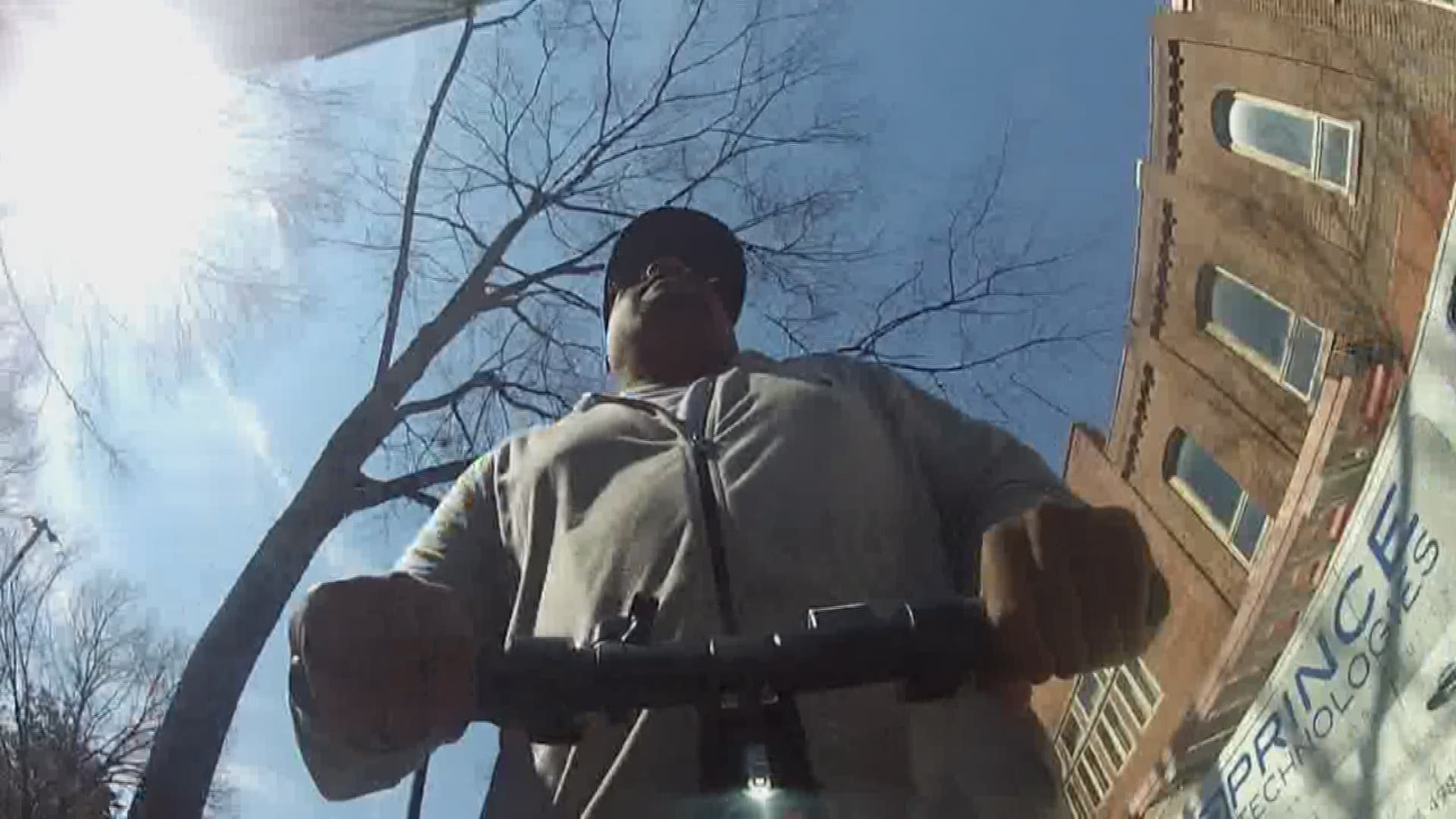 The wait is over - the scooters are here.

They will be open for rent through a phone app for shoppers, commuters and sightseers.

The Knoxville City Council approved a scooter pilot program in February with an option to renew it six months after the trial run.

"In many ways this scooter pilot is an opportunity for the city to really provide more mobility choices to Knoxville residents," said Chad Jacobs, Zagster's Sales Director.

That's the same company that operates Pace, which is the bike sharing program that's been rolling in Knoxville for a little more than a year.

"We live in the middle of a transportation revolution, whether it's in an Uber, or a taxi, or a bike-share bike, and now scooters to really connect those transit dots," said Jacobs.

Other cities across the country have seen success with scooter pilot programs, like Portland, Ore.

A report from the Portland Bureau of Transportation found more than 700,000 scooter rides were taken in just four months last year.

In that same time span in Minnesota, the City of Minneapolis Public Works Department reported more than 225,000 rides.

"Most of the country, outside of the major metropolitan areas, is moving toward micro-mobility, things like scooters, e-bikes and bike shares," said Jacobs.

But there are safety concerns.

In that same Portland study,176 scooter-related injuries were reported and the city decided it needed another pilot program before committing to e-scooters full time.

Some cities have banned scooters completely, like Marietta, Ga. The Atlanta suburb didn't want to see scooters reach them from the city's center.

Those factors all go into why Knoxville is just launching a pilot program to see if scooters can roll safely through the city.

"Over the next year we expect many cities to copy Knoxville," said Jacobs.

Zagster will be compiling data about the rides people take in Knoxville.

Jacobs said the amount of scooters for Knoxville's pilot program can grow up to 250, but at least 50 will launch Wednesday. You'll be able to find them by the Pace bike stands.

The scooters are geographically bound using GPS. If you ride one outside of the allowed zone, the scooter will slow down and you won't be able to ride or park it until you return to the allowed zone.

More details will be announced at 11:30 a.m. Wednesday, March 20 at Krutch Park in downtown Knoxville.