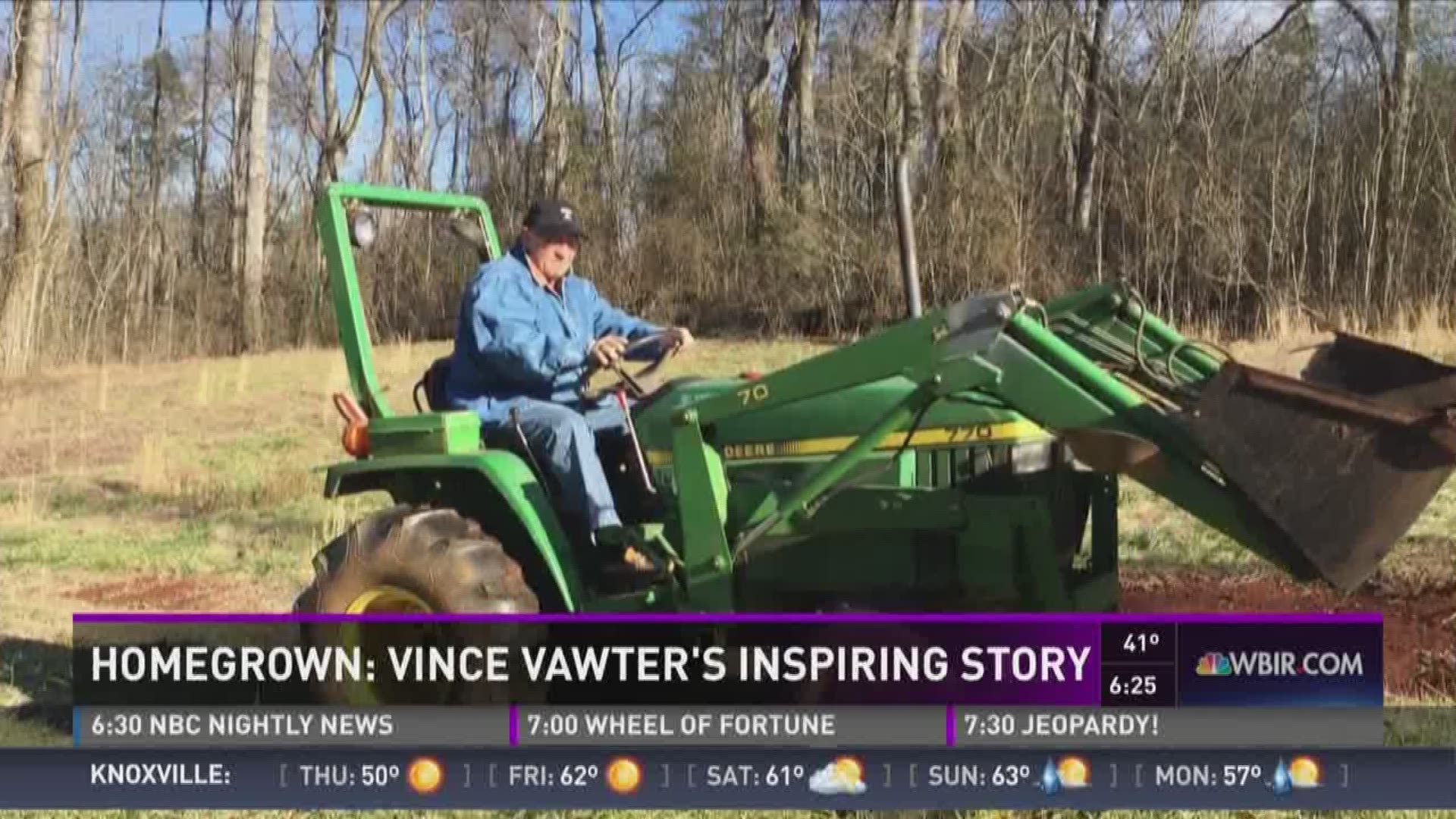 A retired newspaperman, Vince Vawter can’t get away from print. He penned the novel, Paper Boy, in 2013 and won the Newberry award a year later. This HomeGrown

author had no idea his story of personal struggle could give voice to so many.

The power of print.

“I didn’t know if anybody would read it,” says Vince Vawter

“I had no idea if anybody would buy it.”

His story, bound in fiction and titled simply, “Paper Boy.”

“In January of the following year, it won the Newberry honor. And, that just takes the book up to another level.”

An international level. The story closely follows an event from Vawter’s

“I just wanted to tell my story. It’s mostly true.”

He battled a horrible stutter as does the 11 year old in the book.

“I had trouble saying my name.”

But like the main character in “Paper Boy”, he found his voice on a month long paper route in his memphis

“It’s about his growth, his experiences through that month.”

first brush with the newspaper business.

“Of course, I loved throwing a newspaper.”

returned to the Memphis Press Scimitar after college.

"I found out I was good with words.”

And, he had quite a newspaper career.

“I guess I fell in love with the business.”

He worked as managing editor at the Knoxville News Sentinel and finished his career as Editor and Publisher in Evansville, Indiana.

“We kind of always knew this is where we’d come back to.”

and his wife retired on 10 acres of an East Tennessee farm.

“We just felt that this was our home.”

“I started writing the book when I retired.”

His six year journey proved to be an instant hit with publishers. Thanks to the Newberry award, “Paper Boy” stacks school bookshelves all over the world.

And his work is resonating with adolescent readers.

“Some kids would come up to me and say, ‘Yeah, but you don’t stutter.’ And, I always say, ‘You’re not listening very closely because I do.’”

But they are listening and responding.

“I started keeping these in a shoe box and the box has gotten larger and larger.”

“That just tugs at you.”

He’s humbled and honored to help others find their voice…

“I have a speech impediment, but it really doesn’t matter any more.”

Vawter is currently writing a sequel. You can read more about his work on vincevawter.com