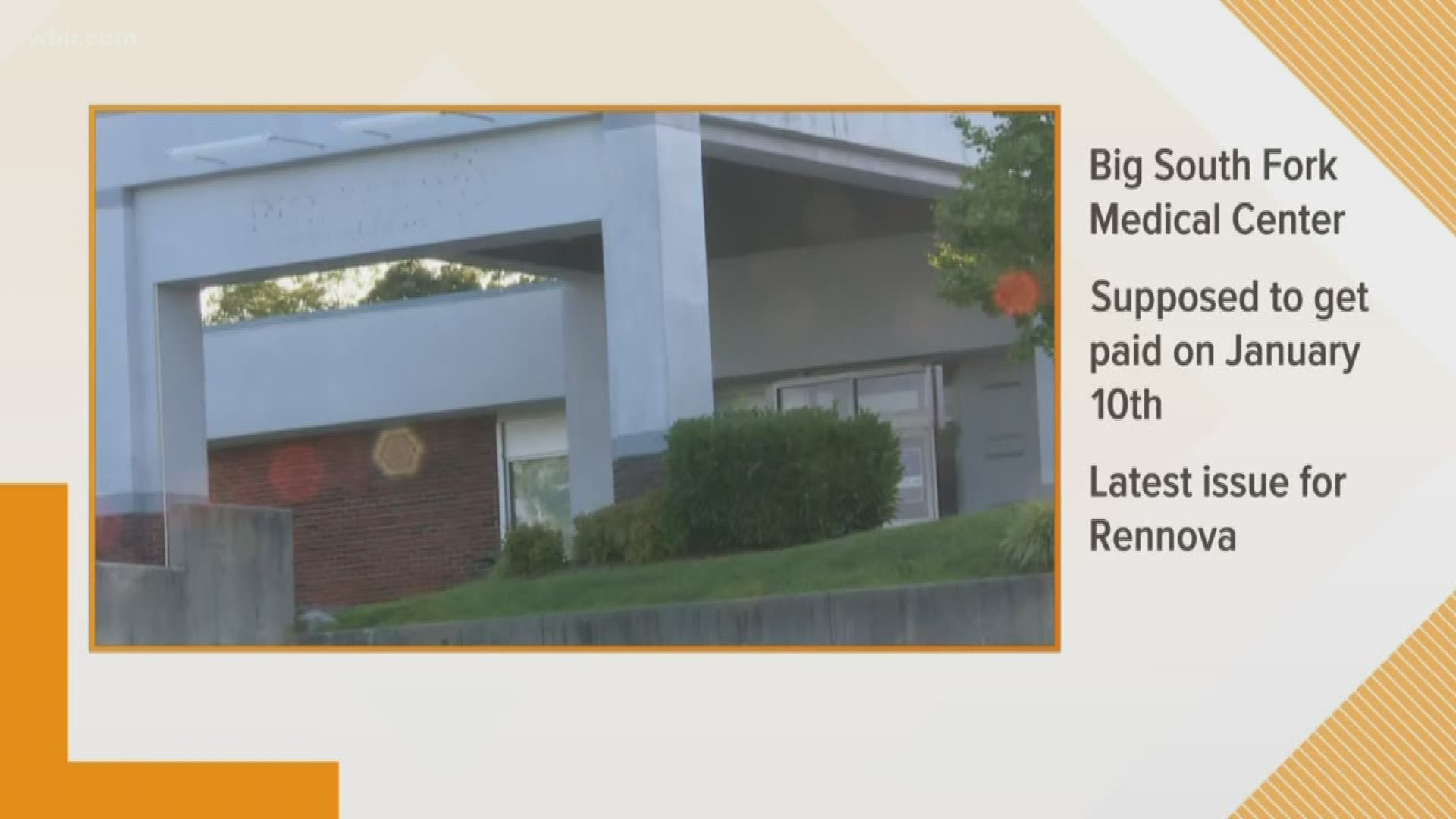 Employees said the hospital was supposed to make payroll on Jan. 10, but had not paid as of Jan 20.

10News obtained an email from the hospital's HR director. In it, she writes that she's called utility companies and asked "if they would work with us on any disconnect or late fees due to the payroll delay."

She added she talked to local banks as well and asked employees to tell her if they're having overdraft issues. "Remember, if I don't know I can't help you." she writes.

Employees tell 10News the hospital has been late almost every paycheck since December.

It's just the latest issue for hospital company Rennova, which owns the only hospital in Scott County and the hospital in Jellico hospital. It closed the Jamestown Regional Medical center last summer.

Eventually supplies got so low in Jamestown doctors stopped sending patients there and the hospital shut down.

Employees told 10News Rennova didn't properly pay their taxes or social security. In financial filings, the company said it only had a few thousand dollars in its account.

Rennova didn't respond to our request for an explanation.