Hundreds of apartment units under construction in and around downtown Knoxville

More than 400 units are being built right now downtown, with more than 500 announced and in the planning stages. 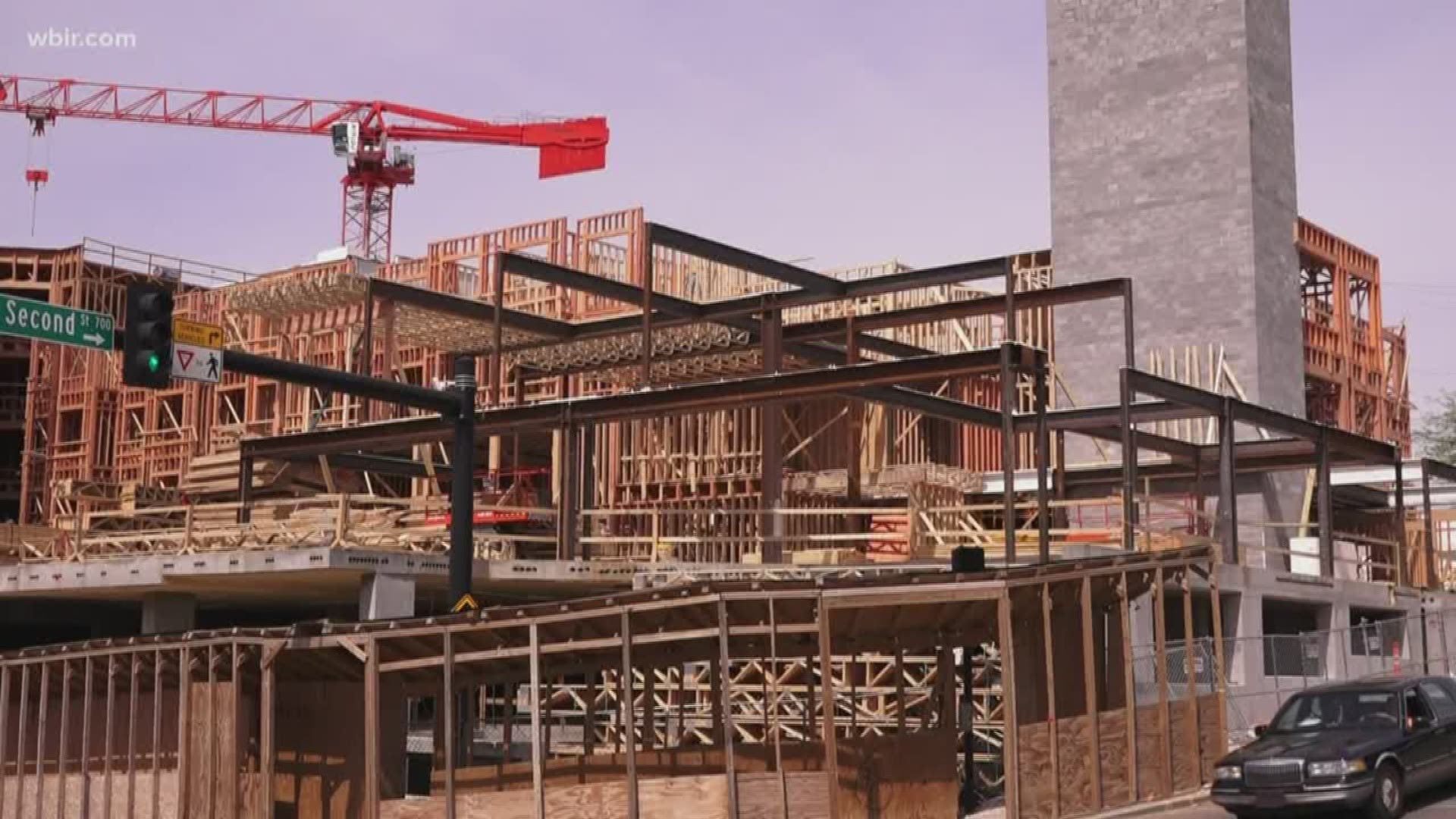 KNOXVILLE, Tenn. — One thing that hasn't stopped during the coronavirus pandemic is construction.

Several new buildings are under construction in and around downtown Knoxville, almost all residential.

Michele Hummel, Executive Director of Downtown Knoxville, sayid there are 420 residential units under construction downtown right now, which will house around 670 people.

That includes projects like the Stockyard Lofts, where 152 units are under construction in the Old City, and the old State Supreme Court building site at Church and Henley Streets.

That's where developer Rick Dover is constructing 237 apartments with shops at the street level.

"A coffee shop, a bike shop, a pet spa, fitness center, meeting lounges, a maker space. All will actually be part of this complex," he said.

Dover's company developed the Old Knoxville High school into a senior living facility and opened the Hyatt hotel on Gay Street. He knows the importance of downtown development.

"You'll have 300 people living here where before there was no one here for any reason for the last 15 years," said Dover. "So that kind of activation really makes a huge difference in any market."

Dover's 7- and 8-story buildings will open toward the end of 2021, taking an entire city block and in part renovating the old State Supreme Court building.

And just south of the river on Chapman Highway, Kerns Bakery is redeveloping into a 160 unit residential complex starting to lease in fall of 2020.

Hummel said downtown over 500 more apartment units have been announced.

Those include Marble Alley's 147 unit expansion off State Street, 287 units at a new complex at Locust and Hill Streets called The T at Riverfront, and 75 units in the Andrew Johnson building on Gay Street that until recently housed Knox County Schools.

The majority of these units are for rent.

The result will bring more life to the areas where construction is happening, some places as early as this fall.