Rookie mistake: I learned the hard way what happens if you run out of gas in the Smokies

Waiting in standstill traffic along Cades Cove, I felt like a big dingus for venturing into the Smokies on a quarter of a tank. But officials say that happens a lot. 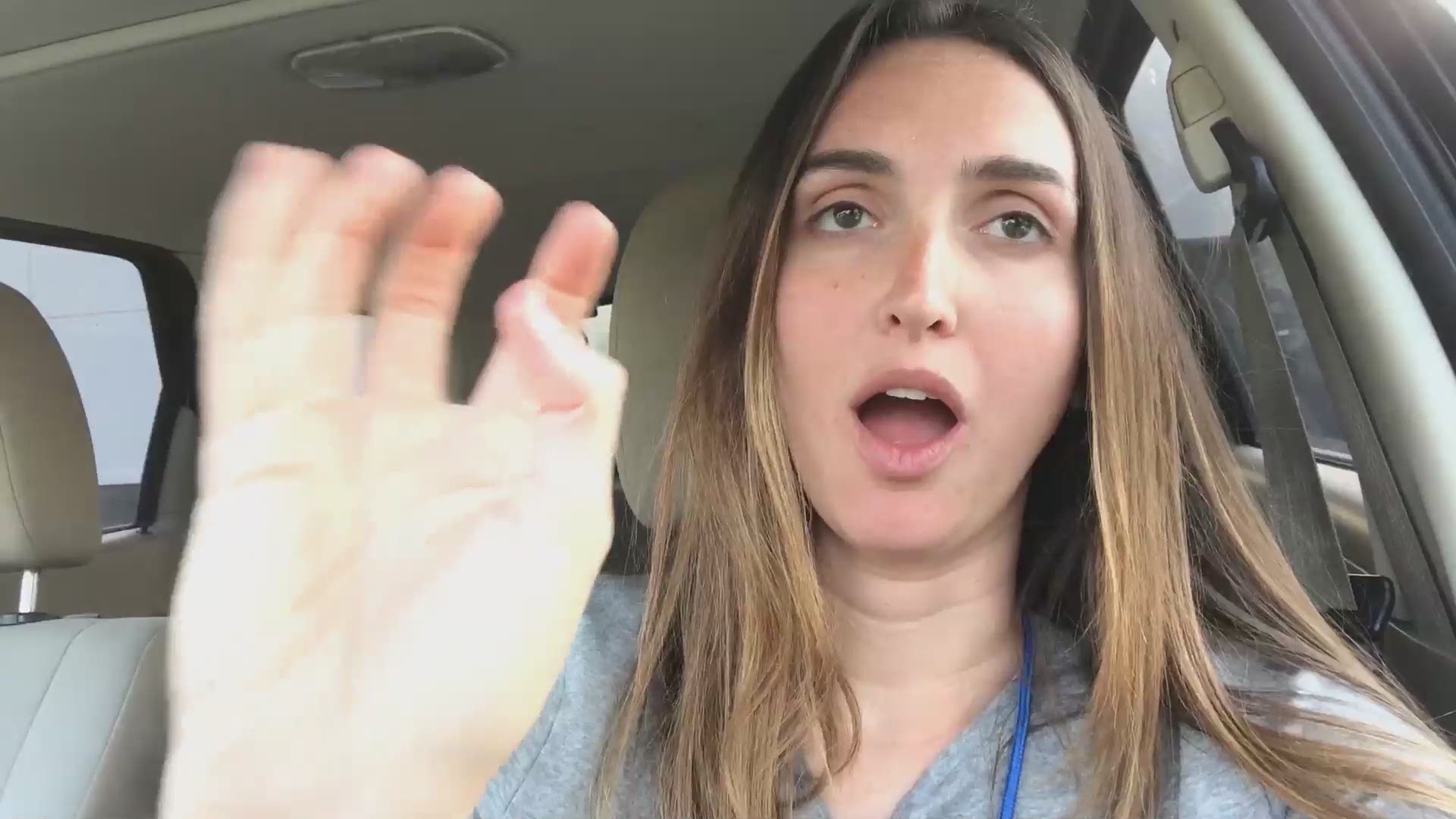 GATLINBURG, Tenn. — My first mistake was prioritizing a Chick-fil-A spicy sandwich over a full tank of gas and I'm still not sure if I regret it.  A quarter tank, I thought, was more than enough for a day venturing through the Smokies.

That was before I got stuck alone in standstill traffic in Cades Cove.

It was my first time on the road. And because I'm profoundly ~not~ WBIR's Jim Matheny, I didn't know one-way meant literally one specific, inescapable path that traps you into it's scenic vista clutches for as long as the guy from Texas can schlep it around the corner without dumping the family in the bed of his truck out on the road.

I also didn't know that backups are just a part of life on the loop.

*I've since learned that Hyatt Lane and Sparks Lane offer shorter alternatives to the loop and that the otherwise lovely Texan family could have been bypassed in this way. But I was committed to my victim narrative at this point.*

My gas light dinged about fifteen minutes into the traffic jam. As the sun faded and my dial nudged ever closer to empty, I saw my predicament unfurl like a bad sitcom before my eyes.

What if my car broke down here? Do the park rangers just patrol out here? There's already a backup, would I backup the backup. Is that something you could be fined for?

Credit: WBIR Staff
I was still at least thirty miles to Gatlinburg, and in the middle of a Cades Cove traffic jam, when this little guy popped up.

But rangers eventually got traffic moving again and I spent many anxious miles driving through the park before cruising into an Exxon in Pigeon Forge with 14 left on the odometer. I decompressed at a nearby Taco Bell and decided - after so many nacho fries and a chalupa - that there's no way I was the only one in history who faced the same situation.

Desperate for answers and personal validation that I wasn't, in fact, a total idiot (fingers still crossed) I reached out to park spokesperson Jaime Sanders who confirmed, no. Sadly I'm not the only idiot who goes into the Smokies with less gas than they really need. Rangers do car-assists all the time in the mountains and, yes, it's an absolute hassle for everyone involved if not downright expensive.

Here's what you need to know before you plan a drive in the Smokies.

There aren't any gas stations in the Smokies.

This isn't a surprise; it's hardly picturesque or environmentally sound to set up a Pilot station outside of Clingman's Dome. It's also a chaotic proposition if you consider how many people would stop there solely for the bathroom and Trolli sour gummy worm perks.

So if you see yourself getting close to a quarter and you're far out, it's best to head to one of the full-service stations in town.

That means pulling the kids away from the gaggle of turkeys hanging by the side of the road and promptly making your way to Cherokee N.C., Gatlinburg, or Townsend.

Rangers also can't bring gas in their vehicles to you.

That's as much as they would like to. Rangers help out stranded cars all the time and understand that it cuts into what was supposed to be a nice day in the mountains.

If you get stranded, it's the Volunteer Patrol Unit who has your back. These guys are usually ex-law enforcement volunteers who do three to six-month stints in the Smokies.

They have radios, and that's a game-changer because they can call back to your dispatch service. Because while no cell service is part of the appeal when in the mountains, it's not great when you're running on empty.

If your friends and family aren't available, the only alternative for a gassed out car is contacting a wrecking service.

Know before you go....backups in the Smokies are pretty common.

Whether it's a bear sighting at Cades Cove or a dude from Ohio who breaks for the whole entity of a turn, someone is bound to hold you up in the Smokies at some point.

"Out at Cades Cove, visitors come out here not expecting the long delays. Sometimes they get stuck in traffic for a long time with cars idling."

Sanders said sometimes visitors don't see the gas stations coming in from different areas of the park, and then get stuck on the loop.

"Then they're like 'oh crap, we're running out of gas."

Not naming names but...

Speaking of Cades Cove, what would happen if I got caught out there because it's one way?

"The best thing we try to do is get most of the visitors on a pullout or on the shoulder enough to where cars can go around," Sanders said.

Sometimes cars have blocked the road completely and we close the road or divert traffic across Sparks or Hyatt. It all depends on where the breakdown happens.

The best thing to do, she said, is to prepare.

Do I need a full tank of gas?

I realized through this experience that thinking it's okay to drive through the Smokies without a full tank of gas is a lot like going on a hike with no water bottle. You might be fine, you likely won't be. It never hurts to be extra cautious. And when in doubt, do as park officials do. They always make sure to fill their tanks up to half a tank.

One of the most common car troubles people face in the Smokies is actually kind of cute.

"People get excited when they see bears," Sanders said. "They jump out of the car and forget to put it in park. Lock themselves out. We have things like that happen annually because people get excited."

But-- only cute if you're far enough back and maintain a safe distance from the animals. Otherwise, well, you're a whole lot of other things.