William McHenry's mom started recording him after his surgery and began by asking him what he thinks about the Vols basketball team. 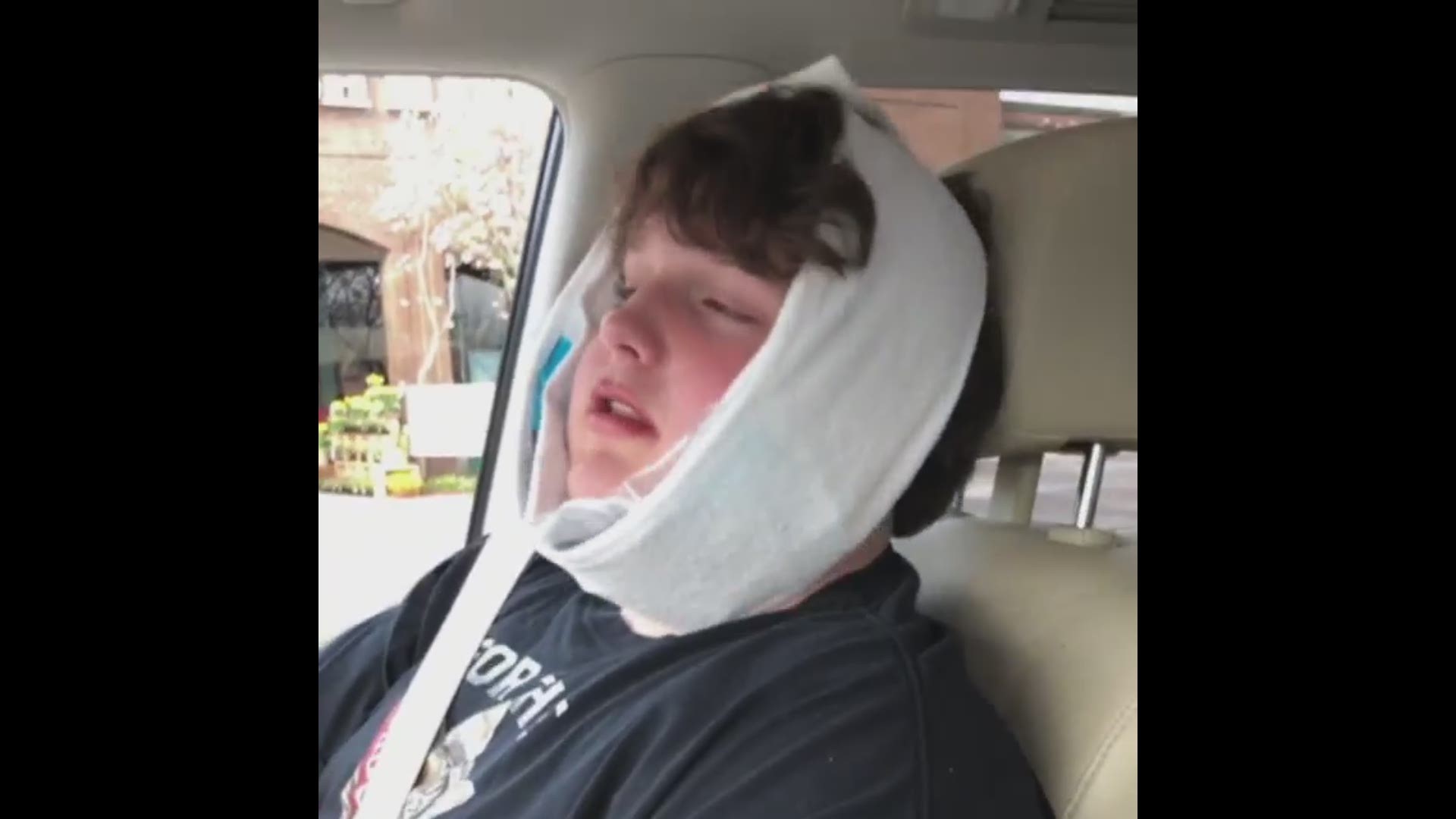 KNOXVILLE, Tenn. — If you've had your wisdom teeth out, you know that whatever happens in the moments after you wake up.. can be a bit embarrassing.

Well, a Tennessee Vol fan (who just had his wisdom teeth out) basically sums up how we all feel about that basketball season ending in a video his mother took of him and posted to Facebook.

William McHenry's mom started recording him after his surgery and began by asking him what he thinks about the Vols basketball team.

It took him 15 seconds before tears started flowing... literally. 15 seconds in.

"They were so good this year, man," he said. "Like, I went to almost every home game."

"I miss Admiral Schofield so much," he cried.

His mom replied and said "He's awesome, isn't he?"

"He could shoot 3s and stuff," he continued to say between tears.

He said he thinks the other players are so good but he's going to miss Admiral the most because he won't be here this year.

Now, we know what you're thinking... this poor child.

Well, he's 15 years old and 10News asked for his permission to share the video before posting it. He said it's fine but he wants a shoutout to his Instagram. We think that's fair.