According to data from the Centers for Medicare and Medicaid Services, uptake among healthcare workers in TN nursing homes varies from 9 to 100 percent. 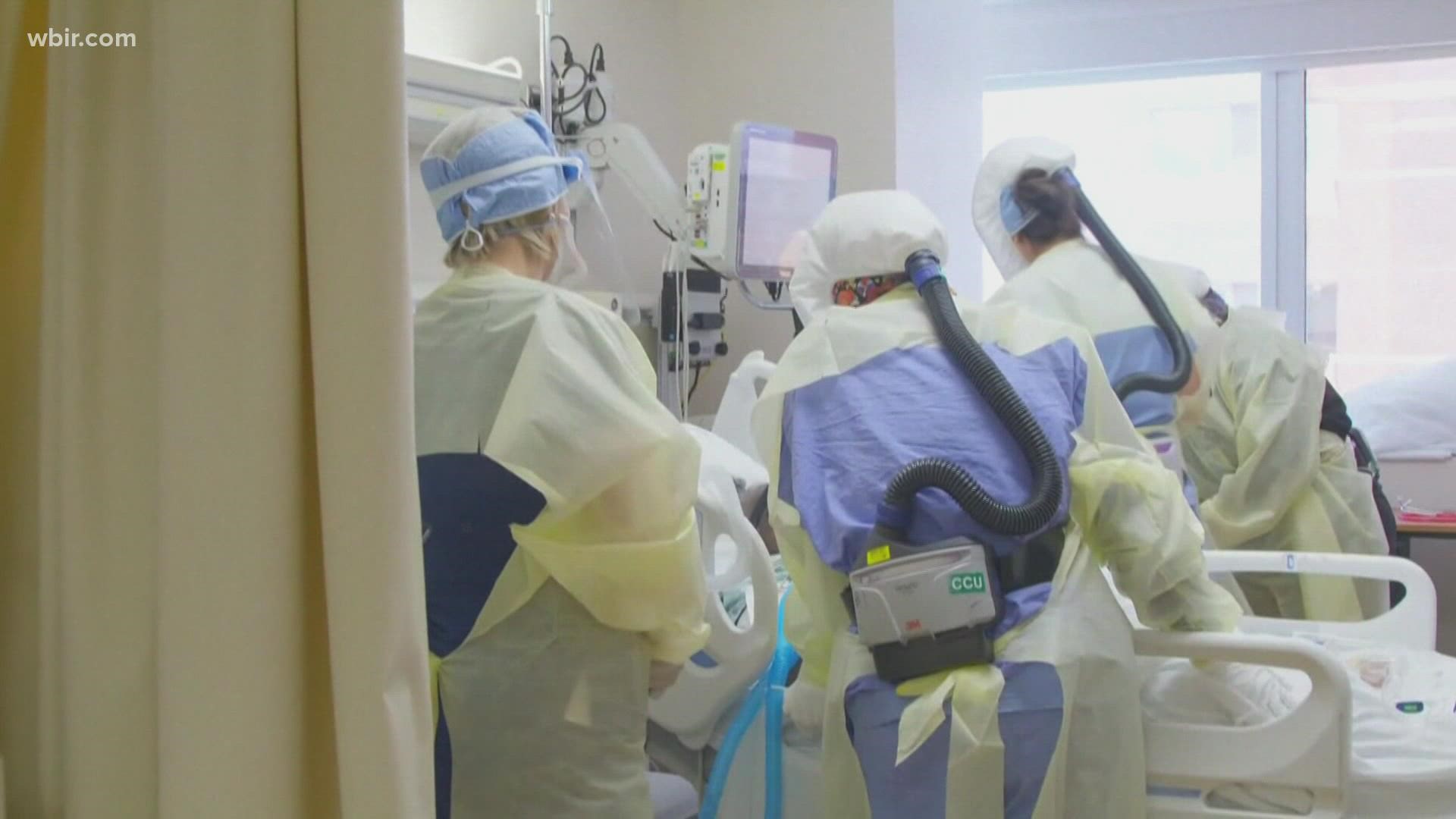 TENNESSEE, USA — As cases of COVID-19 continue to climb, the Tennessee Department of Health said vaccinations are the best tool we have to fight it.

It's a tool Donna Bowlin and Brendan Swanson wish they had last October when their mother, Mildred Bowlin, died from the virus.

"It was so hard to see the life leave her body," Donna Bowlin said. "She just wasted away. She laid in bed and she developed the lung and heart problems which she did not have before."

Mildred Bowlin is one of nearly 2,700 long-term care facility residents who died after contracting COVID-19. It's a group of people that the state is watching closely as the Delta variant spreads more widely.

"There really is no more vulnerable population than those frail, medically fragile elderly folks in our nursing homes and long term care facilities," she said during a briefing on Monday. "At best, most nursing homes have around a 50 percent staff vaccination rate, sometimes a lot less."

10News pulled data from every Tennessee facility licensed by the Centers for Medicare and Medicaid Services.

On average, more than 75 percent of people who live in long-term care facilities are fully vaccinated.

That number is significantly lower for the healthcare personnel who work there: just 48.4 percent chose to get their shots.

The CMS data revealed vaccination rates vary widely by facility. Some, like Grace Healthcare of Decatur, have 100 percent participation rates.

Others, like Jefferson City Health and Rehabilitation Center, reported just 24.8 percent of health care workers were vaccinated. Those lower numbers are what concerns Donna Bowlin and her sister.

"The nurses were so great. You could tell that they love their patients," she said. "Why not love them a little bit more and get a vaccine?"