Appalachian Unsolved: The search continues for their mother's killer. Her children find forgiveness

Frances Worthington, 76, was found dead in her home on January 1, 1996. Her family has forgiven her unknown killer. 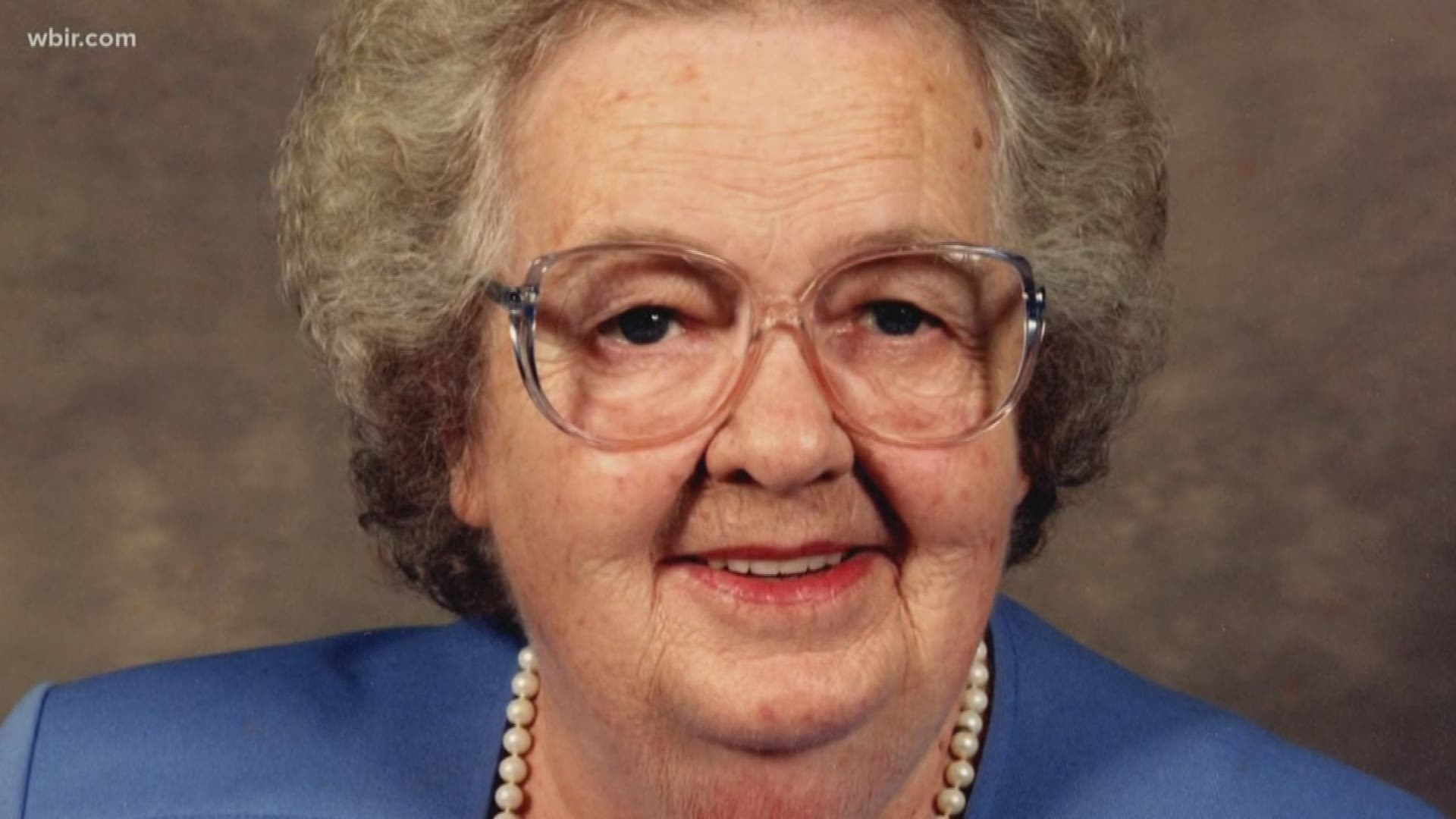 KNOXVILLE, Tenn. — Nearly 24 years after a South Knoxville woman's brutal killing, her children have forgiven the intruder who killed her.

"You know, we see death every day, unfortunately. But not like that. That was different," said Knoxville Police Department cold case investigator Jeff Day.

Neighbors in South Knoxville tried to piece together the crime that happened just next door.

"2022 Price Avenue is where the murder took place," said Day.

So when she didn't answer the phone that morning, her son Mike went to check on her. Then he called his brother in Virginia.

She was killed during what investigators think was a random burglary gone bad.

"There was nothing to lead them to believe she was targeted," said Day.

Day said this break-in was different than ones he's used to investigating.

"Property offenders aren't always violent offenders, so it was an odd case from the beginning, I'd say," he said.

It's a sight Worthington's three children will never forget.

"A scene that makes your imagination go in the worst possible ways," said Everett Worthington.

Items were scattered around the house.

"The person who did this had thrown flour and sugar and, you know, was just throwing things around trying to find where treasure might be hidden," he said.

In the hallway of her small home there was blood splattered on the walls and soaking into the carpet where Worthington's body lay.

"He struck her once across the body, and then the second time on the back and the third time she must have rolled over," said Worthington.

The killer then violated the victim with a wine bottle. He left her nightgown bunched up around her neck. Someone had sprinkled coins and miniature chocolates around the body.

"It was very disrespectful, the things that happened to her after her death," said Day.

Days after Worthington's murder, a suspect was arrested and charged with homicide.His name was Ricky Wayne Womack Jr. He was 18 years old.

"He had been known to do some burglaries in the area and he was known to the investigators and the patrol officers at the time as well," said Day.

When talking to police, Womack said he'd been in the house and had helped in the break-in. But he blamed the killing on someone he identified as "Donnie".

Police said then the person Womack was accusing couldn't have taken part because he was in custody for an unrelated reason.

About six weeks after the killing, a Knox County General Sessions Court judge found there was probable cause to believe Womack had killed the widow. She sent the case on to the grand jury for possible indictment.

Womack's lawyers had argued the prosecution had no physical evidence, such as fingerprints or blood linking the young man to the killing. They insisted police had confused him into admitting he'd been in Worthington's home when he'd actually broken into another South Knoxville residence.

In August 1996, however, a grand jury returned a no true bill against Womack, meaning they weren't prepared to indict him.

No one else ever was charged in the case.

Womack has been in and out of custody. He's currently in the Knox County Jail for an unrelated charge of violating probation.

Worthington's family was shocked and angered when they learned what happened to their mother.

"I pointed at a baseball bat and said, 'I wish whoever did that were here. I would take that bat. I would beat his brains out,'" said Everett Worthington.

But very quickly, he did something unexpected.

Worthington is a professor emeritus at Virginia Commonwealth University. He just retired after 40 years in the psychology department.

At the time of his mother's murder, he was already deep into his research on the power of forgiveness.

That made him look at the murder in a different light.

"What am I doing here? I'm a professor. I study forgiveness. I write books telling other people to forgive, I do counseling and tell other people they should forgive, but I can't even face the word," said Worthington.

Within 24 hours, he forgave his mother's killer. His brother and sister followed his lead shortly after.

"Within a month, all three of us had independently come up with our own forgiveness," he said.

Worthington said it's what his mother would have wanted.

"You know mom had taught us to forgive," he said. "It would be dishonoring to her if we didn't forgive."

Worthington has written several books about forgiveness and been in a handful of documentaries on the topic he's studied for decades.

He said what happened to his mom really shaped the way he studied forgiveness, and helped him forgive her killer.

"If I could be forgiven for the darkness in my heart, how could I hold it against him?" he said.

But this murder ended up taking a second life.

Mike Worthington, who found his mother's body in 1996, fell into a deep depression.

He told his older brother he'd spend all weekend alone in a dark room thinking about the crime scene. He took his own life in 2005.

"It actually was much harder for me to get over than mom's murder," said Everett Worthington.

He said his mother had mentioned she was feeling symptoms of lung cancer, the same disease that killed his father a few years earlier.

Worthington's mother was also 76 years old, and he had started to understand she wouldn't be there forever.

But losing a younger brother was difficult to grasp.

Police have a lot of evidence in this case but not enough to charge a suspect. Womack, meanwhile, remains in the Knoxville area. Authorities took him into custody just last month for violation of probation in a theft case. As of Nov. 14, 2019, he was still being held in jail.

But Worthington doesn't need someone behind bars to be at peace with what happened to his mom. The family was aware at the time of Womack's arrest that he was the chief suspect.

"Whoever did this, I feel like I've forgiven them," he said. "I feel sorry that they got to the place where they would do a violent act and take a life, and it happened to be one that was precious to me."

If you have any information on this case, contact the KPD Violent Crimes Unit at 865-215-7317. Callers can remain anonymous.