Dr. Hyram Kitchen pushed the boundaries in veterinary medicine, but did his intense demeanor get the former dean killed? 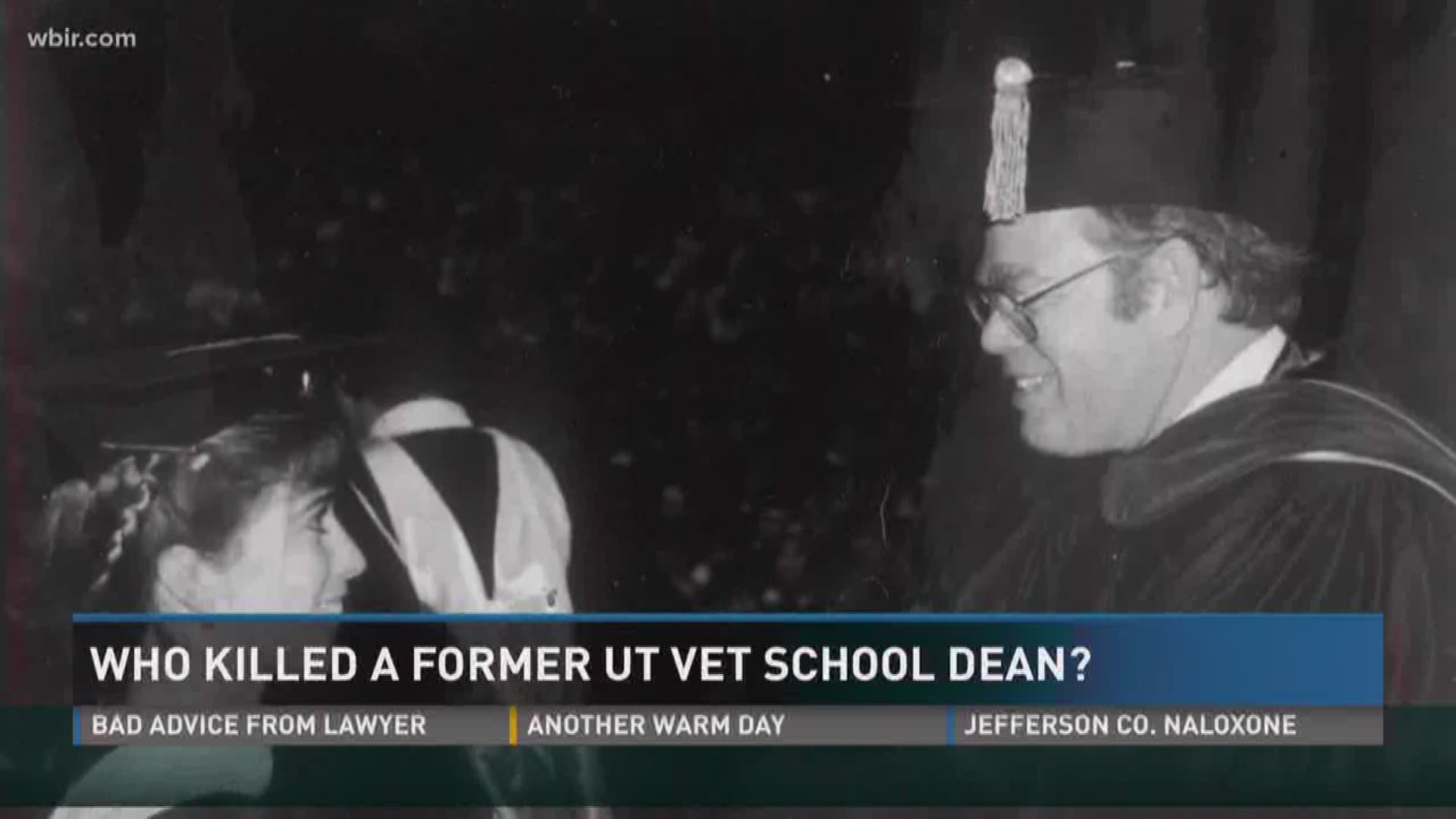 Dr. Hyram Kitchen pushed the boundaries in veterinary medicine, but did his intense demeanor get the former dean killed?

“Dr. Kitchen was a brilliant fella, but like many brilliant fellas had kind of a personality that you could like him one day and not like him the next,” said Dr. D.J. Krahwinkel.

Krahwinkel worked alongside Kitchen for years. First as faculty at Michigan State University, then in 1975 the pair came to the newly opened College of Veterinary Medicine at the University of Tennessee.

“We put birth control implants in lions, caesarian sections in hyenas, worked on giraffes, at the Detroit zoo, we sewed the trunk back on an elephant that had gotten in a fight," described Krahwinkel.

“He was a pioneer. Dr. Kitchen did a lot of things people thought about doing.”

A pioneer whose career would end at 57.

Early Feb. 8, 1990, Kitchen headed out of his North Knox County door to meet colleagues for breakfast, but he never made it out of his driveway.

“It looks that he had gotten out of the car to confront someone or open that gate,” explained KCSO Cold Case Investigator David Davenport.

“She said she was too scared to go out,” said Davenport.

“We picked up nine spent cartridges,” said Davenport. “There looks like there was one that hit him in the hand like it was defensive posture and held up his hand.”

It’s the question investigators are still working to answer today.

“He was, you know, the forefront of veterinarian medicine,” said Davenpot. “We got letters that it could've been an animal rights group.”

A supporter of ethical animal research, many rumors swirled that angry animal activists were behind the killing, but the theory never panned out.

“Every road you traveled to link it was met with a dead end,” said Davenport.

Davenport's convinced of one thing: it wasn't random.

“In my mind, it was someone close to him or someone close put a contract out on him, paid someone to do it, they definitely meant to kill him,” said Davenport.

“People said it had to be a crime of great anger, why would you shoot somebody that many times," he said.

The school and student body honored Kitchen’s life on campus.

“A tree was planted with a memorial stone, and his picture is in the hospital, all the previous deans' pictures are in the hallway,” described Krahwinkel.

A memorial plaque sits underneath a tree on campus in honor of Dr. Kitchen.&nbsp;

Almost three decades later, the school he helped establish continues to thrive while colleagues and investigators vow that whoever killed him shall be brought to justice.

“He gave up his personal career when he became dean, because he wanted this school to be as good as it could be,” said Krahwinkel.

If you have any information about this cold case, you can call the Knox County Cold Case Unit at 865-215-2675.