On March 8, 2015, Stacy Myers' friends came over for a barbecue. Instead of arriving to a cookout, they found him dead in his home. 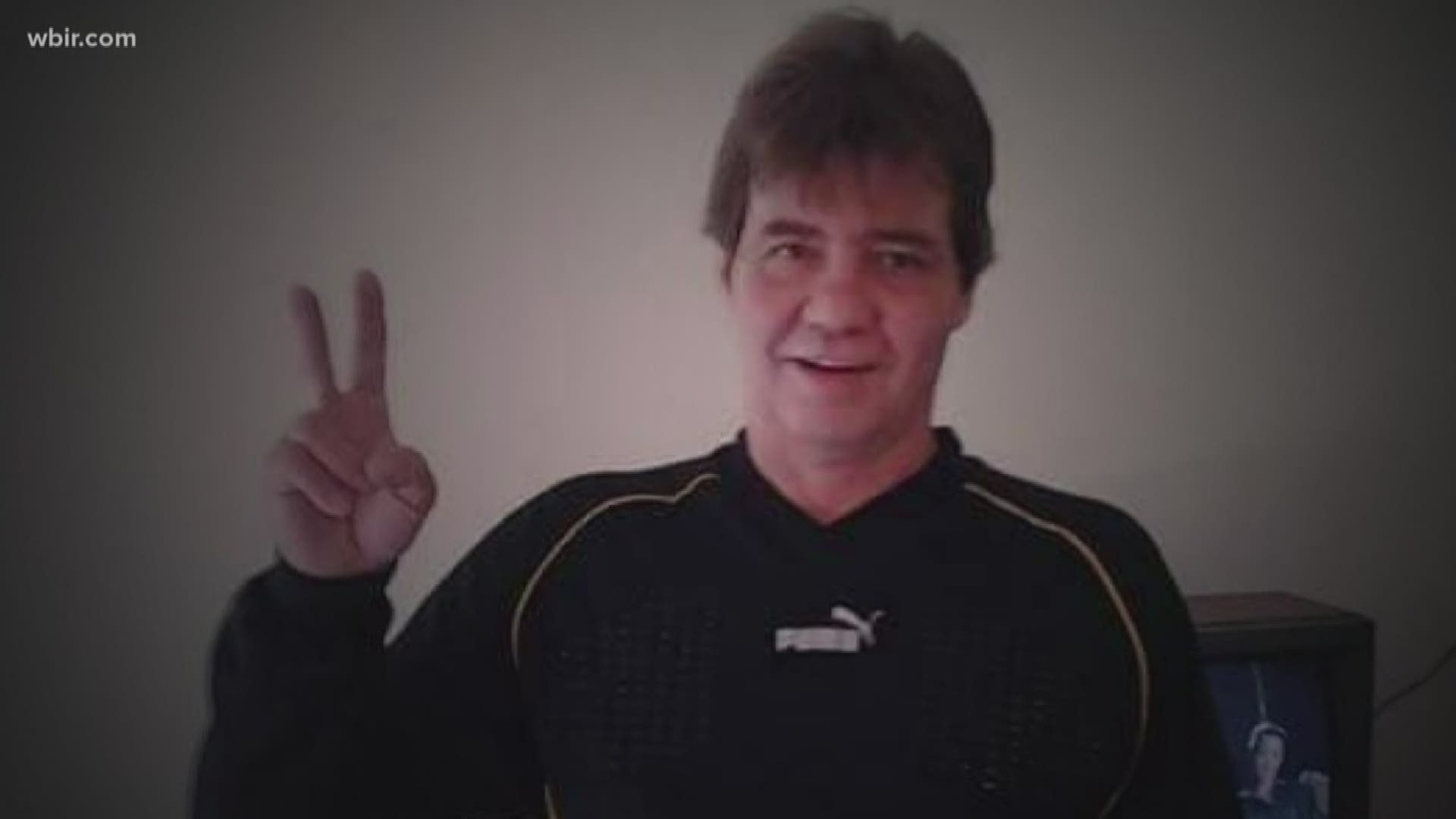 TOWNSEND, Tenn. — A Townsend man is still looking for answers four years after his father was found dead in his camper trailer.

"No one wants to get the news that your father's been murdered. That's pretty much the worst news you could get," said Evan Myers.

Myers saw his father, Stacy Myers, for the last time in early March 2015.

He was called to a home on a wooded road off East Lamar Alexander Parkway.

"They said there was a deceased male inside the camper trailer," said Seratt.

He'd lived in Townsend all his life.

"My dad was a very friendly guy, you can ask anyone who knew him, they loved him," said Myers. "He was very humorous always telling jokes having a good time just real friendly. He wasn't just my dad he was also my best friend."

Myers' only son Evan was 21 when it happened

He remembers the text that delivered him the worst news he's ever read.

"I think the exact words were 'just found Stacy dead.'"

Stacy Myers was hosting a barbecue that Sunday in March 2015.

His son said his friends arrived to find his body.

"You have garbage cans, furniture setting out, five gallon buckets, a lot of aluminum cans, beer cans and other types of soda cans and you have a lot of, just a lot of stuff in disarray," said Seratt, describing the scene around the camper.

Seratt said it was hard to tell if someone was trying to rob Myers. The camper where he lived was small, so the space was crowded and disheveled to begin with.

"Twenty different police officers there you know, all everywhere," said Myers. "K-9 units, all doing everything that they could I guess."

Myers camper was about 100 yards from his mother's house on a dead end road.

There were four other houses on that road. Seratt said they canvassed the area, and only one person heard or saw anything that afternoon.

"We had a lady there that had said there was a Chevy truck that had been there earlier with loud pipes and we were tracking down information with that," said Seratt.

But that's all anyone heard.

"The fact that no one heard a gun shot is rather surprising to me," said Evan Myers.

That's what he said killed his dad.

"Execution style to the back of the head," said Myers.

"I wanna say it was the detectives that said that," said Myers. "At first they said he was beaten with a wrench and that it was bludgeoning, but then their story changed and they said that it was a gunshot wound. More specifically a 22 caliber."

Myers said he believes his dad was sitting in the corner of his camper, near the computer.

Myers said his dad had a history with local law enforcement.

"He's been in and out of jail a lot for DUIs, you know he wasn't the best person as far as he'd gotten in a lot of trouble, domestic and stuff with his wife and all that," said Myers. "But he still was a good person."

Stacy Myers was an amputee who had prescribed pain killers and a little bit of money on him.

"If it was over money or if it was over drugs the most they could've gotten was about $300," said Myers. "Apparently $300 is the price of someone's life."

Four and a half years later, there aren't any suspects.

"The majority of cases that we work they know their victim somehow," said Seratt. He thinks that's the case here, too.

"It was someone he trusted enough to turn his back to long enough for them to shoot him," said Myers

PICKING UP THE PIECES

That camper is gone now. Myers' mother couldn't bear to see the place her son was killed.

"She pretty much gave up after my dad was killed, she just kind of lost her will to live," said Myers.

"It was the hardest thing of my life, having to take a paint scraper and scrape up your father's dried blood," said Myers.

His family no longer owns the land where that camper and his grandmother's home sat.

Myers is frustrated that his father's killer is still out there.

"I think people know what happened they just don't want to come forward don't want to get into anyone else's business," said Seratt.

Now a dad himself, Myers just wants to move on.

"Look at the present, take care of my kid make sure that he don't have to go through the things that I did, that's really the only thing I can do," he said. "Hold your loved ones close because you never know when they can be taken away."

HOW YOU CAN HELP

Any tips could help close this case.

If you know anything about Stacy Myers' murder, call the Blount County Sheriff's Office at 865-273-5000.