High school girls don't just vanish in a national park, never to be found again. Unless you're Trenny Gibson of Knoxville. 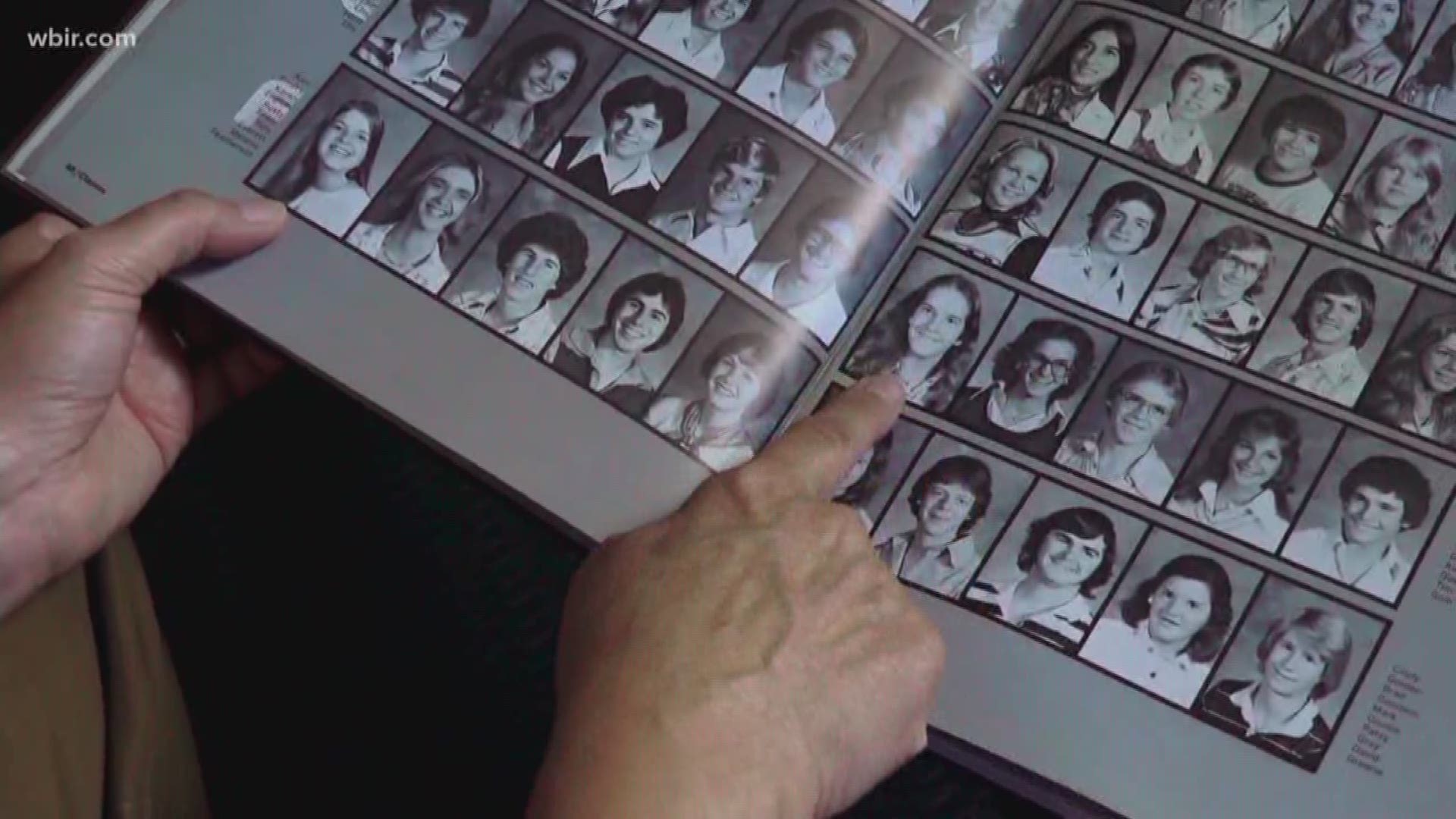 Hiking in the Smokies one minute. Nowhere to be found the next.

That's all anyone knows about the last moments of 16-year-old Trenny Gibson of Knoxville. Where she ended up -- fatally injured in a fall, taken by a kidnapper, whisked away by a friend -- is anyone's guess.

"It's weird when something like that happens at that age," her classmate and friend Kim Pouncey told 10News. "It's not necessarily that she's dead. There's no definite answer."

Gibson went on a field trip Oct. 8, 1976, to Great Smoky Mountains National Park with a group of about 35 classmates from Bearden High School. A bus dropped them off that Friday afternoon at Clingmans Dome, one of the most visited spots in the Smokies.

More: Who strangled the sisters?

The students were to hike down from Clingmans on the Forney Ridge Trail about 1.8 miles to Andrews Bald and then come back. Not that long really. But there were some steep dropoffs on the side.

Reports indicate Trenny was with a couple friends who stopped to rest along the trail. She went on. And then she disappeared completely.

"They were worried about her," said Dwight McCarter, a lifelong East Tennessean and retired ranger in the national park who helped hunt for Trenny. "They couldn't figure out what happened to her."

A search began that afternoon, but it yielded no clues. Foggy, rainy weather hampered efforts to track her.

The next day about 150 people took part in the search. On Sunday, even more people helped out. Rangers blocked drivers from taking the spur road that leads to Clingmans Dome to prevent the curious from getting in the way.

Tracking dogs picked up on the 5-foot, 3-inch Trenny's scent -- and that's what puzzles McCarter, who took part in dozens of searches during his decade as a ranger.

He trusts tracking dogs. Searchers used about a half-dozen dog teams -- Bloodhounds and German Shepherds -- to look for the girl.

Three of the dog teams detected Trenny's scent at the intersection with the Appalachian Trail. They followed it by Clingmans Dome Tower -- "with all the people at the tower" taking in the view, he said.

No one reported seeing her.

Some of the dogs last detected her scent along the roadside about a mile and a half from Newfound Gap, he said. And that was it.

Because of the weather, helicopters couldn't begin searching for Trenny until the afternoon after she disappeared. They spotted nothing of substance. Many trees still had their fall foliage, making it harder to look down onto the ground.

Parents Robert and Hope Gibson alerted authorities about a past incident in which a young man had tried to break into their home. Hope Gibson shot him, and the young man later threatened to harm Trenny, the family reported. Knox County deputies looked into the incident, but it led to no revelations about the girl's whereabouts.

Still, Robert Gibson wondered if someone had taken her.

By Oct. 12, four days after her disappearance, the search was scaled back to about 20 people. The chief ranger told reporters he was almost certain Trenny was not in the park.

But could someone have taken her?

Bearden students recall when FBI agents showed up at the school and began interviewing people in the principal's office. They came to check reports that Trenny might had been kidnapped, perhaps by someone who had a grudge against her.

It was shocking enough that the girl had disappeared. The possibility that something might have happened to her was hard to comprehend.

"Everybody knew what was going on pretty quickly," recalled Pouncey, Trenny's classmate.

Still, the investigation went nowhere. No one was charged. Trenny remained missing.

Myra Cheek Bowling went on that trip with Trenny. They sat in the back of the bus on the way to the park, she told 10News.

"I have never or will I ever, along with others, forget that very long day," she said.

Mary Pickens Decker recalled the Monday after the girl disappeared. One teacher hadn't heard she was gone.

"She was calling the roll in our class and reached Trenny's name. No answer," Decker told 10News. "I will never forget the obvious despair evident on Mrs. Hollow's face when we informed her of Trenny's disappearance."

Pouncey, then Kim Emery, knew Trenny best from their time smoking together in the smoking pit at Bearden. Today, such a place would be unheard of, but back in the 1970s, it wasn't uncommon for schools to have a place where students could smoke.

The girls also had Spanish class together. Pouncey still gets chills thinking about her friend's empty chair.

"It was very surreal to look over and see," she said. "The desk almost represented the fact that she had been there - and was she ever going to come back? It was a ghostly thing. There was no way of knowing if it would be filled again or not."

Trenny's class graduates in spring 1978 without her. They went off to college, got jobs, started families. Some are now close to retirement.

Next year the Class of 1978 will hold its 40th reunion. They'll think of Trenny.

Pouncey wonders if she just took off from the park. Maybe she just wanted to leave, to get out.

"My feeling is somebody was waiting for her (in the park)," she said. "There was a parking lot very close. ... I've always felt like Trenny planned it, and that was her way out."