Someone, perhaps a truck driver, dumped Bernice Cutshall's body by a guardrail just beyond a Jefferson County rest stop in November 2010. 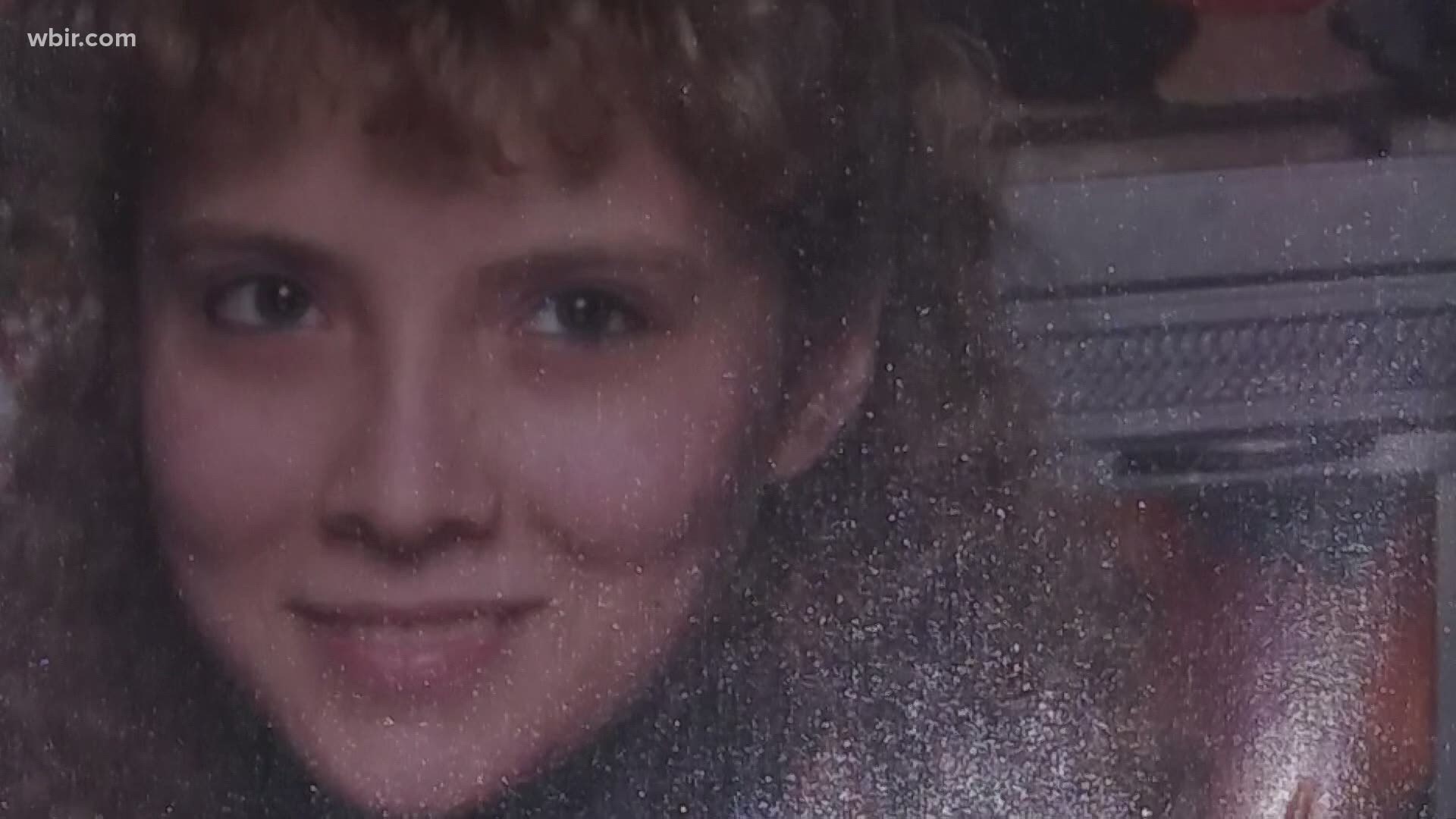 JEFFERSON COUNTY, Tenn. — How cruel the killer was -- to just leave her body like that, dumped by the side of the interstate. Left to be discovered by a road crew from the Tennessee Department of Transportation, doing repairs on a November morning as cars zoomed by.

Whoever Bernice "Little Bit" Cutshall's killer is, he's still at large. One of her three children, a daughter Cutshall never got to know, hopes publicity today will help solve the Jefferson County case.

Credit: WBIR
2010 video after Cutshall's body was discovered near I-40.

"I really would love answers is my thing," said the young woman, who asked that her name not be used to protect her identity. "The person responsible -- they know what they did. They know they can't take it back. Hopefully there's some guilt in that. But, I also just want answers."

Someone, probably a man and perhaps a truck driver, tossed Cutshall's body over a guardrail just beyond a rest stop on westbound/northbound Interstate 40 in Jefferson County not far from the Cocke County line, said TBI Special Agent Michael O'Keefe.

Credit: TBI
The spot where Bernice Cutshall was found in 2010 along I-40.

The TDOT crew found her just beyond a guardrail the morning of Nov. 15, 2010, a Monday. O'Keefe suspects the 35-year-old victim's body had only been there a matter of hours.

Authorities think the killer might have been heading from North Carolina on I-40 toward Dandridge or maybe Interstate 81 on the split up ahead.

"If you weren't looking over there it would be hard to see her because the guardrail is sitting up high," O'Keefe said. "I went to look at that area and if you were driving the ramp you wouldn't see."

Authorities won't say how she was killed. All that was found with the woman in the blue jeans, sweatshirt and sneakers was a book of matches.

O'Keefe is blunt: There have been few leads in the case, which was investigated by the state agency and the Jefferson County Sheriff's Office. The TBI is resubmitting some evidence previously gathered to a lab for further evaluation, he said.

Cutshall lived in Newport and had grown up part of a big family in North Carolina. She had a boyfriend but came and went as she pleased.

Credit: WBIR
Location of I-40 rest stop where Cutshall's body was found.

"They would get in arguments, and she would disappear for days at a time," the agent said. "This was one of those times."

Her family called her "Little Bit" because of her petite stature. Cutshall, however, liked to fend for herself.

She favored a bar called Freddy's, a hangout in downtown Newport with a rough reputation. O'Keefe said before her killing she'd been barred from going into the place. She still hung out in the parking lot.

"She was having a hard time getting her life back on track," O'Keefe said.

The best anyone can remember, according to the investigation, she'd been seen a couple days before her body was found getting into someone's red pickup, maybe a Chevy S-10.

That could be a clue, the TBI thinks.

Credit: WBIR
TBI Special Agent Michael O'Keefe, who is seeking the public's help in offering information to solve the 2010 killing of Bernice Cutshall.

Cutshall left behind two daughters and a son, placed in foster care as children. The young woman who spoke with 10News yearns for justice for the birth mother she never got to know. She was in foster care until age 7 when she was adopted.

In 2015 while in high school, she tracked down her mother's obituary, and then learned that someone had killed her.

"Honestly, it was horrible," she told WBIR in a phone interview. "Just the feelings of emotion that rushed over me as soon as I figured out. ... Basically they took away my only chance to figure out who my mom was," she said.

Credit: TBI
Bernice G. Cutshall as a young teen. She was found slain in November 2010,

Murder is a crime for which anyone can be charged at any time, even years later.

If you have any information about Cutshall's killing, the TBI asks you to call 1-800-TBI-FIND. All tips are appreciated, O'Keefe said.

The agency would also like to hear from anyone who might have information about Cutshall perhaps getting into the red pickup in the days before she was found dead.

It's very possible she could have been picked up by a truck driver anywhere along I-40's path in the region, O'Keefe said.

Solving the case would give the victim's daughter some relief. She said her siblings would like to see that as well.

"Could there have been any witness? Why haven't they spoken up? If they were too scared it's years later," she told WBIR. "I think it’s time to come up front about it."